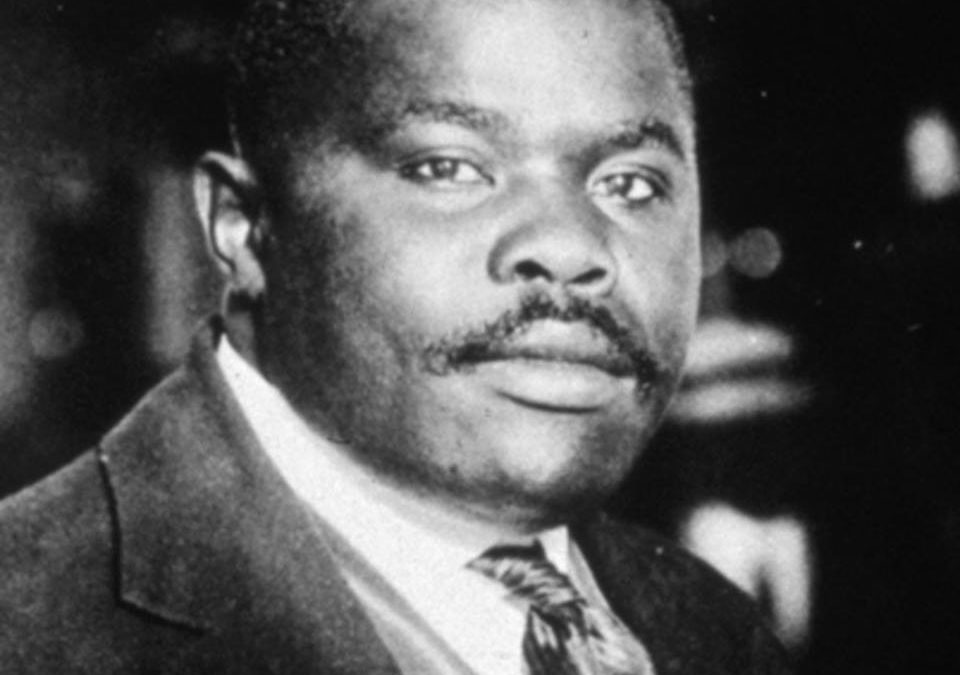 GM – FBF – Today I will show you and tell a story of a man who preceeded, The Nation of Islam or any other back nationalist organization. Enjoy!

Today in our History – June 21, 1823 – Marcus Garvey enters the Court house to be tried for many counts but taken money thru the U.S. Postal System is what they will fine him on.

Born in Jamaica, Marcus Garvey (1887-1940) became a leader in the black nationalist movement by applying the economic ideas of Pan-Africanists to the immense resources available in urban centers. After arriving in New York in 1916, he founded the Negro World newspaper, an international shipping company called Black Star Line and the Negro Factories Corporation. During the 1920s, his Universal Negro Improvement Association (UNIA) was the largest secular organization in African-American history. Indicted for mail fraud by the U.S. Justice Department in 1923, he spent two years in prison before being deported to Jamaica, and later died in London.

Born in Jamaica, Garvey aimed to organize blacks everywhere but achieved his greatest impact in the United States, where he tapped into and enhanced the growing black aspirations for justice, wealth, and a sense of community. During World War I and the 1920s, his Universal Negro Improvement Association (UNIA) was the largest black secular organization in African-American history. Possibly a million men and women from the United States, the Caribbean, and Africa belonged to it.

Garvey came to New York in 1916 and concluded that the growing black communities in northern cities could provide the wealth and unity to end both imperialism in Africa and discrimination in the United States. He combined the economic nationalist ideas of Booker T. Washington and Pan-Africanists with the political possibilities and urban style of men and women living outside of plantation and colonial societies. Garvey’s ideas gestated amid the social upheavals, anticolonial movements, and revolutions of World War I, which demonstrated the power of popular mobilization to change entrenched structures of power.

Garvey’s goals were modern and urban. He sought to end imperialist rule and create modern societies in Africa, not, as his critics charged, to transport blacks ‘back to Africa.’ He knitted black communities on three continents with his newspaper the Negro World and in 1919 formed the Black Star Line, an international shipping company to provide transportation and encourage trade among the black businesses of Africa and the Americas. In the same year, he founded the Negro Factories Corporation to establish such businesses. In 1920 he presided over the first of several international conventions of the UNIA. Garvey sought to channel the new black militancy into one organization that could overcome class and national divisions.

Although local UNIA chapters provided many social and economic benefits for their members, Garvey’s main efforts failed: the Black Star Line suspended operations in 1922 and the other enterprises fared no better. Garvey’s ambition and determination to lead inevitably collided with associates and black leaders in other organizations. His verbal talent and flair for the dramatic attracted thousands, but his faltering projects only augmented ideological and personality conflicts. In the end, he could neither unite blacks nor accumulate enough power to significantly alter the societies the unia functioned in.

Finally, the Justice Department, animated by J. Edgar Hoover’s Federal Bureau of Investigation and sensing his growing weakness, indicted Garvey for mail fraud. He was convicted in 1923, imprisoned in 1925, and deported to Jamaica in 1927. Unable to resurrect the unia, he moved to London, where he died in 1940.

Garvey’s movement was the first black attempt to join modern urban goals and mass organization. Although most subsequent leaders did not try to create black economic institutions as he had, Garvey had demonstrated to them that the urban masses were a potentially powerful force in the struggle for black freedom.Research more about this event in History and share with your babies. Make it a champion day!