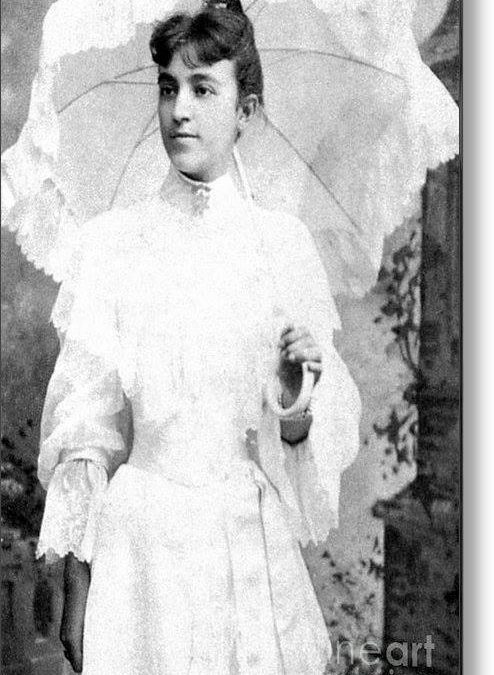 GM – FBF – Today, I would like to share with you a story of an American social activist who was co – founder and first president of the National Association of Colored Women. She was an early civil rights advocate, an educator, an author, and a lecturer on woman suffrage and rights for African Americans. Enjoy!

Civil rights activist and suffragist. She was born in Memphis, Tennessee,the daughter of Robert Church and Louisa Ayers, both former slaves. Robert was the son of his white master, Charles Church. During the Memphis race riots in 1866 Mary’s father was shot in the head and left for dead.

He survived the attack and eventually became a successful businessman. He speculated in the property market and was considered to be the wealthiest black man in the South. Although she was fair skinned enough to “pass” as a white person if she had so chosen, she placed herself firmly in the struggle for African American empowerment. She was an outstanding student and after graduating from Oberlin College, Ohio, in 1884, she taught at a black secondary school in Washington and at Wilberforce University in Ohio.

Through her father, Mary met Frederick Douglass and Booker T. Washington. She was especially close to Douglass and worked with him on several civil rights campaigns. After a two year traveling and studying in France, Germany, Switzerland, Italy and England (1888-1890), Mary returned to the United States where she married Robert Heberton Terrell, a lawyer who was later to become the first black municipal court judge in Washington. In 1892 Church’s friend, Tom Moss, a grocer from Memphis, was lynched by a white mob. Church and Frederick Douglass had a meeting with Benjamin Harrison concerning this case but the president was unwilling to make a public statement condemning lynching.

Terrell was an active member of the National American Woman Suffrage Association and was particularly concerned about ensuring the organization continued to fight for black women getting the vote. With Josephine Ruffin she formed the Federation of Afro-American Women and in 1896 she became the first president of the newly formed National Association of Colored Women. In 1904 she was invited to speak at the Berlin International Congress of Women. She was the only black woman at the conference and, determined to make a good impression, she created a sensation when she gave her speech in German, French and English.

During the First World War Terrell and her daughter Phillis joined Alice Paul and Lucy Burns of the Congressional Union for Women Suffrage (CUWS) in picketing the White House. She was particularly upset when in one demonstration outside of the White House, leaders of the party asked the black suffragist, Ida Wells-Barnett, not to march with other members. It was feared that identification with black civil rights would lose the support of white women in the South. Despite pressure from people like Mary White Ovington, leaders of the CUWS refused to publicly state that they endorsed black female suffrage. In 1909 Terrell joined with Ovington to form the National Association for the Advancement of Colored People (NAACP).

The first meeting of the NAACP was held on 12th February, 1909. Early members included Josephine Ruffin, Jan Addams, Inez Milholland, William B. DuBois, Charles Darrow, Charles Edward Russell, Lincoln Steffens, Ray Stannard Baker, and Ida B. Wells-Barnett. Terrell wrote several books including her autobiography, “A Colored Woman in a White World” (1940). In the early 1950s she was involved in the struggle against segregation in public eating places in Washington. Her motto was “Keep on going, keep on insisting, keep on fighting injustice.” Research more about this great American and share with your babies. Make it a champion day!