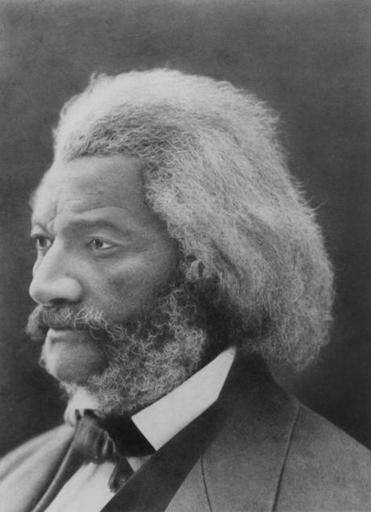 GM – FBF – Today I would like to share with you a man who also spoke in behalf of women. He was one of the best speakers of truth during his time. Enjoy!

Remember – “There are to many great women speaking out for rights for women, Let me show them the way” – Frederick Douglasss

Born into slavery in February 1818, Frederick Douglass (1818-1895) became one of the most outspoken advocates of abolition and women’s rights in the 19th century. Believing that “Right is of no sex, truth is of no color,” Douglass urged an immediate end to slavery and supported Elizabeth Cady Stanton, Susan B. Anthony, and other women’s rights activists in their crusade for woman suffrage.

In his autobiography Narrative of the Life of Frederick Douglass, published in 1845, Douglass recounted his childhood as a slave in Maryland, detailing all the cruel treatment to which he and other slaves were subjected. In 1838 Douglass escaped from bondage and fled to New York City. His autobiography described the joy he felt upon his arrival in the North:

“I have been frequently asked how I felt when I found myself in a free State. I have never been able to answer the question with any satisfaction to myself. It was a moment of the highest excitement I ever experienced. I suppose I felt as one may imagine the unarmed mariner to feel when he is rescued by a friendly man-of-war from the pursuit of a pirate.”

Douglass joined the abolitionist movement in 1841 and put his considerable oratorical skills to work as a speaker for the American Anti-Slavery Society. By 1847 he had moved to Rochester, NY, where he published the North Star, a weekly abolitionist newspaper.

Douglass was also active with the Western New York Anti-Slavery Society, and it was through this organization that he met Elizabeth M’Clintock. In July 26, of 1848, M’Clintock invited Douglass to attend the First Women’s Rights Convention in Seneca Falls, NY. Douglass readily accepted, and his participation at the convention revealed his commitment to woman suffrage. In an issue of the North Star published shortly after the convention, Douglass wrote,

“In respect to political rights, we hold woman to be justly entitled to all we claim for man. We go farther, and express our conviction that all political rights which it is expedient for man to exercise, it is equally so for women. All that distinguishes man as an intelligent and accountable being, is equally true of woman; and if that government is only just which governs by the free consent of the governed, there can be no reason in the world for denying to woman the exercise of the elective franchise, or a hand in making and administering the laws of the land. Our doctrine is, that “Right is of no sex.”

Douglass continued to support the cause of women after the 1848 convention. In 1866 Douglass, along with Elizabeth Cady Stantonand Susan B. Anthony, founded the American Equal Rights Association, an organization that demanded universal suffrage. Though the group disbanded just three years later due to growing tension between women’s rights activists and Africa-American rights activists, Douglass remained influential in both movements, championing the cause of equal rights until his death in 1895. Research more about this great American and share with your babies. Make it a champion day!