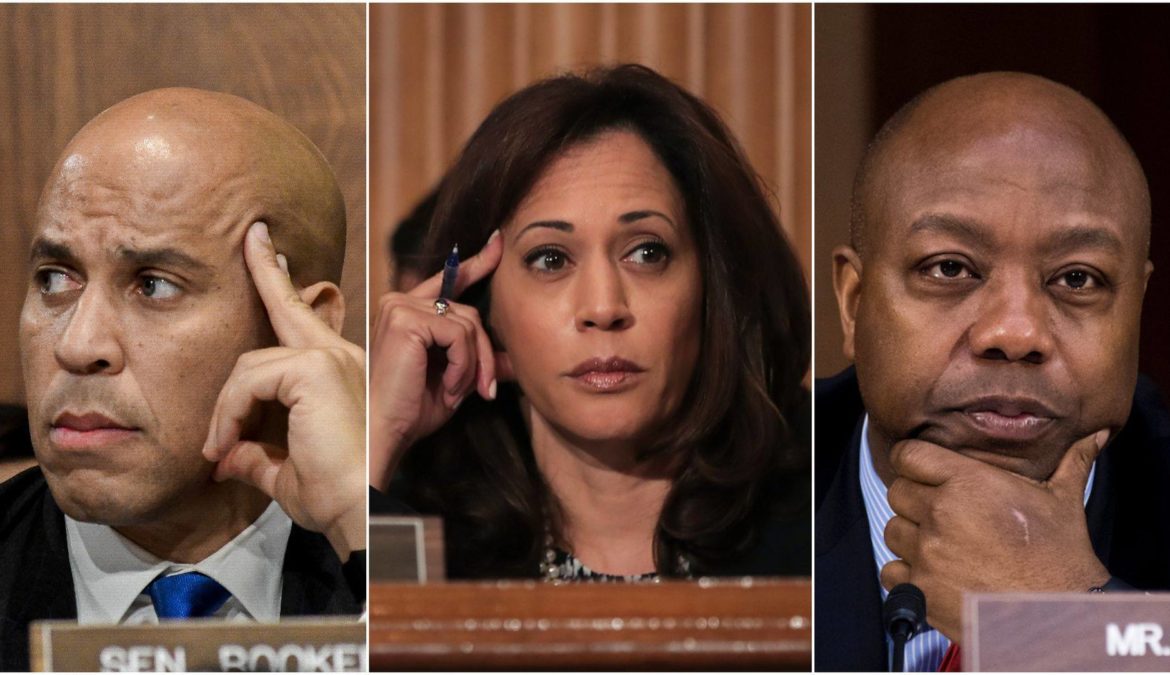 GM – FBF – Today, we take a look back at lynchings of Black People. 100 years ago the United States Congress took a close look by entering a petition but it was loss and never got to commettie. In 1870, when President Ulysses S. Grant approved legislation to subdue the actions of white-supremacist groups such as the Ku Klux Klan, but he is in the Exeutive Branch and it died in Congress. People like Ida B. Wells kept the lynchings of Black People in the eyes of the public but you need both the Senate and the House to agree in order to pass a Federal Law. In Washington, D.C. today has a Justice for Victims of Lynching Act of 2018 if passes, lynching would finally become a federal crime. The new bill proposed by the three black senators — Kamala D. Harris (D-Calif.), Cory Booker (D-N.J.) and Tim Scott (R-S.C.) — is largely symbolic, as lynchings are seemingly part of the nation’s past.

Remember – “Our country’s national crime is lynching. It is not the creature of an hour, the sudden outburst of uncontrolled fury, or the unspeakable brutality of an insane mob.” Ida B. Wells

Between 1882 and 1968, 4,745 people were lynched. In many States laws did not address the violence perpetrated by ordinary white citizens. Lynch mobs killed immigrants, women and teenagers for a variety of reasons, including defending a black woman, knocking on the door of a white woman’s home and not calling an Alabama police officer “Mr.”

“In one day and night on Barrow Island, I see more rare species than most biologists get to see on the mainland in their career.”

“Lynch law has spread its insidious influence till men in New York State, Pennsylvania and on the free Western plains feel they can take the law in their own hands with impunity, especially where an Afro-American is concerned,” wrote investigative journalist Ida B. Wells in 1892. “The South is brutalized to a degree not realized by its own inhabitants, and the very foundation of government, law and order, are imperiled.”

Some Southern jurisdictions “passed their own anti-lynching laws to demonstrate that federal legislation was unnecessary, but refused to enforce them,” according to an Equal Justice Initiative report.

Eighteen years after the first federal anti-lynching proposal, Rep. Leonidas Dyer (R-Mo.) in 1918 introduced a bill that would fine officials who were hesitant to prosecute lynch mob participants and provide financial relief for families affected, according to government archives. The obstructionist tactics of Southern Democrats kept the proposal from becoming law.

With the help of the NAACP, Dyer’s bill passed the House of Representatives and made it through a Senate committee. Its momentum was halted, however, when Southern Democratic senators filibustered the proposal.

On the floor of the Senate, Sen. Lee Slater Overman (D-N.C.) alleged that the bill was written by a “Negro” with the intent to solidify the African American voting bloc for northern Republicans, according to a 1922 New York Times article.

“The decent, hard-working Negroes of the South enjoy every safeguard of the law,” Overman said. “They own property, their children go to public schools, and for such as they (sic) this proposed legislation is absolutely uncalled for.”

According to the Tuskegee Institute, 3,168 black people were lynched before Overman’s statement, and at least 278 more would be lynched in the coming years.

In 2005, the Senate formally apologized for having failed to enact federal anti-lynching legislation decades earlier.

As The Post reported at the time:
In passing the measure, the senators in essence admitted that their predecessors’ failure to act had helped perpetuate a horror that took the lives of more than 4,700 people from 1882 to 1968, most of them black men. At the turn of the last century, more than 100 lynching incidents were reported each year, many of them publicly orchestrated to humiliate the victims and instill fear in others. Lynching occurred in all but four states in the contiguous United States, and less than 1 percent of the perpetrators were brought to justice, historians say.

The U.S. House of Representatives three times passed measures to make lynching a federal offense, but each time the bills were knocked down in the Senate. Powerful southern senators, such as Richard B. Russell Jr. (D-Ga.), whose name was given to the Senate office building where the resolution was drafted, used the filibuster to block votes.

“There may be no other injustice in American history for which the Senate so uniquely bears responsibility,” then-Sen. Mary Landrieu (D-La.) said at the time.

The new bill proposed by the three black senators — Kamala D. Harris (D-Calif.), Cory Booker (D-N.J.) and Tim Scott (R-S.C.) — is largely symbolic, as lynchings are seemingly part of the nation’s past.

In a statement, Harris said that “lynching is a dark, despicable part of our history, and we must acknowledge that, lest we repeat it. From 1882 to 1986 there have been 200 attempts that have failed to get Congress to pass federal anti-lynching legislation; it’s time for that to change.”

A similar bill was introduced in the House last month by Rep. Bobby Rush (D-Ill.) and co-sponsored by 35 members of the Congressional Black Caucus.

“It is never too late for our nation to express our sorrow for the decades of racial terror that traumatized millions in this country,” Equal Justice Initiative Director Bryan Stevenson said in a statement. “Passing an anti-lynching law is not just about who we were decades ago; it’s a statement about who we are now that is relevant, important and timely.” Research more about Lynchings and racial terror in the U.S. and share with your babies. Make it a champion day!