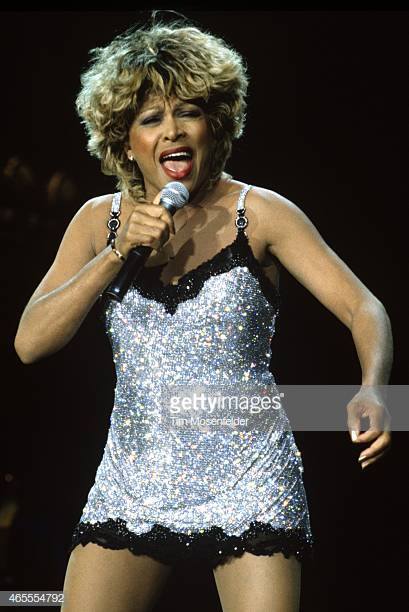 GM – FBF – Today’s look back into our History is about a black female singer who In the wake of divorce, debt and dismal record sales, Turner mounted a stellar comeback. WHEN SHE WAS 45, THE AGE when many pop singers’ careers have faded, Tina Turner’s 1984 album, Private Dancer, delivered her from commercial purgatory to become the singer’s biggest success.

Remember – “Sometimes you’ve got to let everything go – purge yourself. If you are unhappy with anything… whatever is bringing you down, get rid of it. Because you’ll find that when you’re free, your true creativity, your true self comes out.” – Tina Turner

Today in our History – November 19, 1983: Tina Turner begins her fabled Eighties comeback when her version of Al Green’s “Let’s Stay Together,” produced by of Martyn Ware and Ian Craig Marsh of Heaven 17, hits the British charts.
Born Anna Mae Bullock in Nutbush, Tenn., she began recording with Ike Turner’s Kings of Rhythm, later marrying the bandleader and adopting the stage name Tina. The group earned six top 40 hits on the Billboard Hot 100, including its Grammy-winning cover of Creedence Clearwater Revival’s “Proud Mary,” which reached No. 4 in 1971.

Behind the facade of the couple’s success, however, Ike was abusing Tina, and she walked out on him in 1976, famously carrying only a Mobil credit card and 36 cents. They divorced two years later.

Though freed from her marriage, Turner struggled professionally; playing cabaret-style shows to settle debts while two solo albums fizzled on the charts. Her fortune began to change when Olivia Newton-John invited Turner to appear on her 1979 TV special. The cameo led to Turner meeting Roger Davies, who became her manager and flew with the singer to England to work on Private Dancer, her debut on Capitol Records.

Turner continued recording and touring through 2008. Now retired from performing and living in Switzerland with her husband, German music producer Erwin Bach, she is developing an autobiographical stage musical, with performances set to begin in London in March 2019. Research more on Black Female artists and share with your babies. Make it a champion day!

I am facilitating a sales Managers Workshop for today and tomorrow and will not be able to respond to any posts.