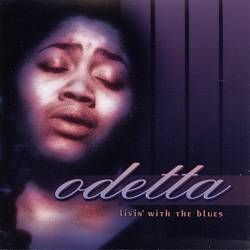 GM – FBF – The story that I want to share with you today is about a Black man in America who ran a few businesses that you know about and I have even eaten in. He is a fellow Radio personality here in Atlanta and I have had the honor to be on his show. He ran for President of the United States and when his party saw that he was in the lead that started a smear campaign against him and he stepped out. Enjoy!

in Memphis, Tennessee. Born to a cleaning woman and a domestic worker, Cain grew up in a poor family but learnt what he understood as the true meaning of success. Through his father’s hard work, they eventually moved to a better house in the Collier Heights neighborhood of Memphis. Cain is married to a homemaker named Gloria Cain for nearly 45 years and has two children and three grandchildren.

Cain earned a Master’s degree in Computer Science from Purdue University in 1971, interestingly working as a ballistics analyst for the U.S Navy Department at the same time. Finishing his education around the same time, he then entered the corporate sector after taking up a computer systems analyst position with The Coca-Cola Company. In 1978, he left Coca-Cola for Pillsbury, becoming a senior director here for their Restaurants and Foods group.

By age 36, Herman Cain was handling and analyzing close to 400 Burger King Restaurants, mostly in Philadelphia. During the 1980s, his presence in the Burger King franchise reaped tremendous benefits as sales began to increase. Cain’s leadership skills and determination to transform hard work in to productivity and profits lead Pillsbury to appoint him as the next CEO of Godfather’s Pizza. This was the year 1986, and Godfather’s Pizza was in trouble as far as sales, profits and customers went. Cain had a tough job ahead of him, as the once leading Pizza franchise had fallen behind on ratings as far back as 5th. By laying off extra manpower and closing around 200 restaurants, Cain returned Godfather’s Pizza to its original standing.

Cain was appointed chairman for the Federal Reserve Bank of Kansas City Omaha Branch for almost two years between 1989 and 1991, and later became a member of the Kansas Federal Reserve Bank. He left Godfather’s Pizza and then became the CEO of the National Restaurant Association, a trade group which had lobbied against increasing the minimum wage and other social schemes such as health care benefits. It was around this time that his political affiliations began to take prominent shape.

His entrance into politics was slow and usually on the sidelines, aiding the Bob Dole administration as a senior economic adviser in 1996. His presidential campaign of 2000 firmly put him in the Republican domain of politics, competing against George W. Bush for the presidential seat. While he lost the campaign, it did not deter him for having a shot at the U.S Senate Candidacy of 2004 for Georgia. He was up against Johnny Isakson and Mac Collins, and came second to Isakson’s 53.2% vote in the primary.

Cain’s presidential campaign of 2012 eventually led him to construct his famous 9-9-9 plan, which aimed to reduce the business transactions tax, personal income tax and federal sales tax to 9%. What he next termed as Cain’s Solution Revolution, this was a plan to keep the 9-9-9 initiative alive. The idea behind this plan was to get approvals from Congress to support his tax-readjustment program, often gathering large crowds that supported the venture.

Herman Cain suffered from Stage IV colon cancer in 2006, and underwent chemotherapy, entering remission soon after, despite his doctor’s approximation that he had a 30% chance of survival. Research more about this this Black American and share with your babies. Make it a champion day!