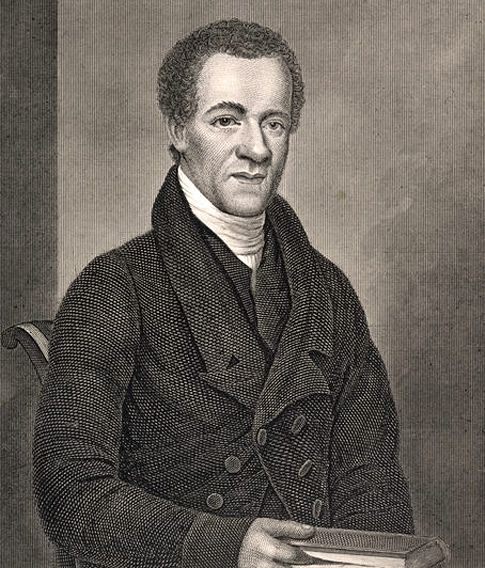 GM – FBF – Today’s American champion was as an American Presbyterian minister, abolitionist, publisher, and journalist. He was a leader in New York City’s small free black community, where he organized the first congregation of black Presbyterians in New York. In 1827 he became one of two editors of the newly founded Freedom’s Journal, the first black newspaper in the United States. In 1833 he was a founding member of the interracial American Anti-Slavery Society.Today in our History – November 6, 1858 – Samuel Eli Cornish dies.Abolitionist and newspaper editor Samuel Eli Cornish was born of free parents in Sussex County, Delaware, and raised in Philadelphia and New York City. He graduated from the Free African School in Philadelphia. Shortly thereafter he began training for the ministry under John Gloucester, pastor of the First African Church, Presbyterian, in Philadelphia. Licensed to preach as a Presbyterian minister in 1819, Cornish spent six months serving as a missionary to slaves on Maryland’s Eastern Shore before returning to New York to organize the New Demeter Street Presbyterian Church. He was ordained in 1822 and continued there until 1828.Throughout his life Cornish remained involved in religious activities, working as a preacher and missionary to African Americans in New York, Philadelphia, and Newark, New Jersey; in 1845 or 1846 he organized Emmanuel Church in New York City, remaining as its pastor until 1847.In addition to his role as a clergyman, Cornish was noted as a journalist. His most significant contribution was the founding of Freedom’s Journal, the first African-American newspaper in the United States. Cornish began the weekly journal in New York on March 16, 1827, serving as senior editor, with another young African American, John B. Russwurm, holding the position of junior editor. As fathers of the African-American press, the two men stated in their first editorial that “we wish to plead our own cause. Too long others have spoken for us.” Under Cornish’s control, Freedom’s Journal became a popular protest vehicle and an instrument for promoting racial pride, as well as an advocate of education and emancipation.Cornish resigned as editor of the Journal in September 1827 and became an agent for the New York Free African schools, but under Russwurm’s editorship the paper declined. In 1829 Cornish revived it, changing the name to the Rights of All, and sustained publication for one year. Cornish went on to serve in various positions in missionary and benevolent societies. From 1837 to 1839 he served as the sole or joint editor of the Colored American. In 1840 Cornish wrote The Colonization Scheme Considered, a powerful pamphlet against colonization, which he felt was unjust and failed to provide a solution to the problem of slavery.In addition to his religious and journalistic efforts, Cornish served antislavery and other reform causes through a number of benevolent organizations. Among his other efforts, he helped found and served as an executive committee member of the American Anti-Slavery Society (1835–1837), was vice president of the American Moral Reform Society (1835–1836), and served on the executive committee of the New York City Vigilance Committee (1835–1837) and the American and Foreign Anti-Slavery Society (1840–1841; 1847–1848).By the 1850s, Cornish, who had been at one time both a founding member of the American Missionary Association and a fervent Garrisonian, grew impatient with anticlericalism and black exclusiveness in antislavery efforts. He remained active in American Missionary Society efforts as a member of the executive committee (1846–1855) and as vice president (1848–1858), but essentially ceased active participation in the abolitionist movement. In poor health in his later years, he moved to Brooklyn in 1855 and died there in 1858. Research more about this great American Champion and share with your babies. Mae it a champion day!