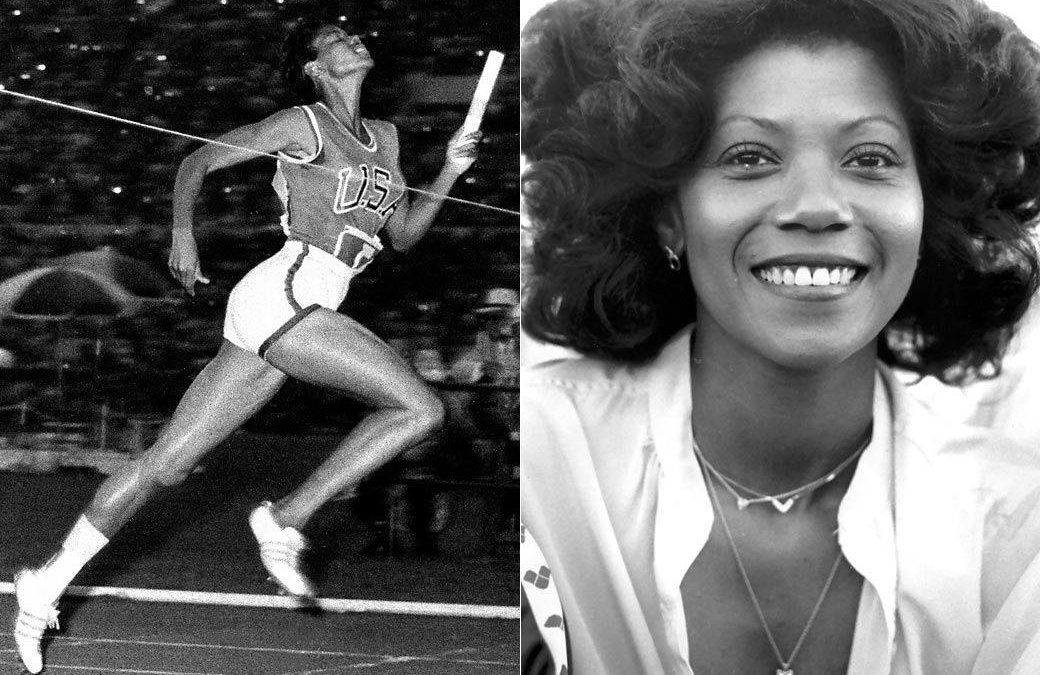 GM – FBF – Today’s American Champion was an American sprinter born in Saint Bethlehem, Tennessee, who became a world-record-holding Olympic champion and international sports icon in track and field following her successes in the 1956 and 1960 Olympic Games. She competed in the 200-meter dash and won a bronze medal in the 4 × 100-meter relay at the 1956 Summer Olympics at Melbourne, Australia. She also won three gold medals, in the 100- and 200-meter individual events and the 4 x 100-meter relay at the 1960 Summer Olympics in Rome, Italy. She was acclaimed the fastest woman in the world in the 1960s and became the first American woman to win three gold medals in a single Olympic Games.Due to the worldwide television coverage of the 1960 Summer Olympics, she became an international star along with other Olympic athletes such as Cassius Clay (later known as Muhammad Ali), Oscar Robertson, and Rafer Johnson who competed in Italy.As an Olympic champion in the early 1960s, she was among the most highly visible black women in America and abroad. She became a role model for black and female athletes and her Olympic successes helped elevate women’s track and field in the United States. She is also regarded as a civil rights and women’s rights pioneer. In 1962 she retired from competition at the peak of her athletic career as the world record-holder in the 100- and 200-meter individual events and the 4 × 100-meter relays. After competing in the 1960 Summer Olympics, the 1963 graduate of Tennessee State University became an educator and coach.She died of brain and throat cancer in 1994, and her achievements are memorialized in a variety of tributes, including a U.S. postage stamp, documentary films, and a made-for-television movie, as well as in numerous publications, especially books for young readers.Today in our History – November 12, 1994 – Wilma Glodean Rudolph died.Wilma Rudolph was an African American Olympic Athlete who competed in the Olympic Games of 1956 and 1960. She was also the first American Woman to win three gold medals in track and field events during a single Olympic Games.Wilma Glodean Rudolph was born on June 23, 1940 in Saint Bethlehem, Tennessee. Weighing a mere 4.5 pounds, Wilma was born premature, and had also instantaneously contracted infantile paralysis; a disease which took her eleven years to fully recover from. Wilma’s compromised immune system also meant that she regularly suffered bouts of polio and scarlet fever due in her early years.After completely recovering from her illness, Wilma started playing basketball for her high school, after which she was discovered by future United States Olympic Head Track and Field Coach, Ed Temple. Rudolph trained extensively under Temple, with whom she built upon her previous track experience from Burt High School. She continued to train under Temple and she consistently improved her record. By the time Rudolph was sixteen; her fastest times were good enough to have her placed in the United States Olympic Track and Field Team of 1956. Rudolph won the bronze medal in the 4x100m relay race in the 1956 Melbourne Olympics alongside Mae Faggs, Margaret Matthews, and Isabelle Daniels.In 1959, when Rudolph was only 19; she went on to win another Gold Medal in the 4x100m relay race, as well as a silver medal in the individual 100m race. She also performed excellently in the Association of American Universities (AAU) tournaments, where she first won an individual 100m race.The 1960 Summer Olympics in Rome would see Rudolph become the first American woman in history to win three gold medals in separate track and field events. Her most impressive feat was to win the 100m race in 11 seconds; however, the time was not accepted as a world record due to the presence of an appreciable tailwind. Nonetheless, Rudolph went on to win the 200m race with an impressive time of 23.2 seconds; this time however, was recorded as the new Olympic Record. Rudolph also won the 4x100m race alongside Martha Hudson, Lucinda Williams, and Barbara Jones in a blistering 44.5 seconds; a new World Record.Wilma Rudolph retired from track and field competitions at twenty two years of age; she last participated at a U.S. – Soviet meet; an event where she won two races. She was granted a full undergraduate scholarship at the Tennessee State University, after which she worked multiple jobs, including working for a community center, and teaching at her childhood school.Rudolph gathered a lot of popularity world over due to his blistering pace. She was nicknamed “The Black Gazelle” by the Italians and “The Black Pearl” by the French.Rudolph received the James E. Sullivan Award in 1961 as a result of her wins in 1960. She was also inducted in the U.S. Olympic Hall of Fame in 1983, as well as the National Track and Field Hall of Fame in 1974. Rudolph was also inducted in the National Women’s Hall of Fame in 1994.Rudolph was diagnosed with a brain tumor in July 1994. She was already suffering from throat cancer at the time. On November 12, 1994, Wilma Rudolph died in Nashville, Tennessee. Her memorial and subsequent funeral was attended by thousands of supporters from all over the country. Research more about this great American Champion and share it with your babies. Make it a champion day!