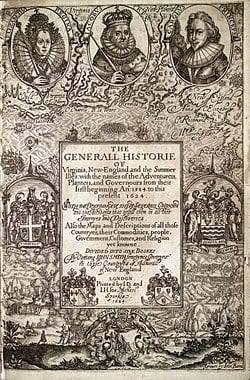 GM – FBF – Today’s American Champion was a black Angolan known for achieving wealth in the early 17th-century Colony of Virginia. He was one of the first African American property owners and had his right to legally own a slave recognized by the Virginia courts. Held as an indentured servant in 1621, he earned his freedom after several years, and was granted land by the colony.He later became a successful tobacco farmer in Maryland. He attained great wealth after completing his term as an indentured servant, and has been referred to as “‘the black patriarch’ of the first community of Negro property owners in America”.Today in our History – November 21, 1654 – Richard Johnson, a free black, granted 100 acres of land in Northampton County for importing two persons.In 1664, Anthony and Mary Johnson appear in the Northampton court records, two of the 62 Africans listed among the 450 odd “tithables” on the tax lists. From 1664 to 1677, there were 13 free African householders living in Northampton, including Anthony and Mary.When Anthony and Mary reappeared in the historical record, they had four children and claimed 250 acres of land due them for five head-rights of either person who were indentured servants on their estate or persons from whom they purchased their head-rights. One of the persons, Richard Johnson was probably their son.The abstract of the deed reads as follows:“‘ANTHONY JOHNSON, 250 acs. Northampton Co., 24 July 1651…At great Naswattock Cr., being a neck of land bounded on the S. W. by the maine Cr. & S.E. & N.W. by two small branches issueing out of the mayne Cr. Trans. Of 5 pers: Tho. Bemrose, Peter Bughby, Antho. Cripps, Jno Gesorroro, Richard Johnson (as cited in Bennett 1993:37).’”Following a fire that destroyed much of their plantation, in February of 1653, Anthony and Mary formally petitioned the court for tax relief. The Court excused Anthony from payment of “taxes and Charges in Northampton County” for Mary and their two daughters for the rest of their “naturall [sic] lives.” This was an extraordinary concession in a society that commonly believed only “wenches that are nasty and beastly,” meaning African women, alone should demean themselves in hard labor, and pay taxes from the income of their labor (Brown 1996:124–126).The Johnsons continued to live and work together as an extended family. They apparently claimed one another as in dentures in order to extend their land holdings. In 1652, for example, John Johnson patented 450 acres next to his father’s lands listing Mary Johnson as one of the indentures on the deed. Two years later Richard Johnson acquired a 100-acre tract next to his father and brother listing Anthony as one of the indentures upon which he was claiming head rights (Bennett 1993:37–38).The family made decisions together as in the case of a court dispute over John Casor, one of their laborers. At issue was whether Casor was a slave or an indentured servant. Court records indicate that “Anthony Johnson’s sonne-in law, his wife and twoe sonnes persuaded the old Negro Anthony Johnson to set said John Casor free now” (Henning as cited in Breen and Innes 1980:16–17). This passage seems to imply that Mary had a voice in decision-making, a cultural custom among matrilineal peoples of West Central Africa but unusual in the patriarchal English society (Birmingham 1981; Salmon 1988; Brown 1996).The family moved as a unit to Somerset County, Maryland in the mid-1660s. There Anthony leased a 300-acre plantation. When preparing to move to Maryland, the Johnsons gave their youngest son fifty acres of land to sell and thus assist him to establish himself in Maryland (Breen and Innes 1980).Although “Antonio the Negro” anglicized his name, to Anthony Johnson, baptized his children, and lived the life of an English planter, at the end of his life, when he named his last plantation “Tonies Vineyard,” he must have still thought of himself as Antonio.Not English to be sure, but not African either. “Antonio” was a name that bespoke of the Iberian influence on Congo and Angolan culture. He must have expressed some cultural resistance to his acculturated life, reminiscing about his homeland, passing on stories of his African origins to his grandson John Johnson Junior because in 1677, a decade or more after Anthony’s death, his grandson purchased a 44-acre tract that he called “Angola.”Old Anthony died soon after the Johnson extended family all moved to Somerset County, Maryland. In a society in which marriages were routinely broken by early death, Mary and Anthony lived together for forty years.After Anthony’s death, Mary assumed the central role in the family. She renegotiated the plantation lease agreement obtaining a ninety-nine year lease for payment of colony taxes and an annual rent of one ear of Indian corn. Before she moves off the stage of history, Mary’s last recorded act was to make a will, leaving cattle to her younger son and daughter (Breen and Innes 1980; Brown 1996).In these actions, Mary, a formerly enslaved African displayed her acculturation to English laws and customs while simultaneously demonstrating an independence and assertiveness common among women in Kongo and Angolan matriarchal kin-based socio-cultural systems. Research more about this great American Champion and share it with your babies. Make it a champion day!