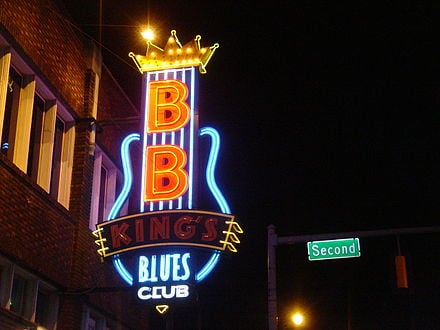 GM – FBF – Today’s American Champion was blues legend and one of the greatest guitarists in music history, transitioned last week. With hits such as “The Thrill is Gone” (1969), “To Know You is to Love You” (1973), “Never Make a Move Too Soon” (1978), and “Midnight Believer” (1978), he defined music in America and around the world.His talents influenced countless other artists, including Eric Clapton, Stevie Ray Vaughan, and the Rolling Stones. He loved to tour and interact with audiences by telling short stories about loves and loves lost, between songs.He was an American singer-songwriter, guitarist, and record producer. He introduced a sophisticated style of soloing based on fluid string bending, shimmering vibrato and staccato picking that influenced many later blues electric guitar players. All Music recognized he as “the single most important electric guitarist of the last half of the 20th century”.He was inducted into the Rock and Roll Hall of Fame in 1987, and is one of the most influential blues musicians of all time, earning the nickname “The King of the Blues”, and is considered one of the “Three Kings of the Blues Guitar” (along with Albert King and Freddie King, none of whom are blood related). He performed tirelessly throughout his musical career, appearing on average at more than 200 concerts per year into his 70s. In 1956 alone, he appeared at 342 shows.He was born on a cotton plantation in Itta Bena, Mississippi, and later worked at a cotton gin in Indianola, Mississippi. He was attracted to music and the guitar in church, and began his career in juke joints and local radio. He later lived in Memphis, Tennessee, and Chicago, and as his fame grew, toured the world extensively. He died at the age of 89 in Las Vegas, Nevada, on May 14, 2015.Today in our History – December 15, 2006 – B.B. King receives the Presidential Medal of Freedom.Riley B. King was born on a plantation near the town of Itta Bena, Mississippi on September 16, 1925. As a child, he sang in local gospel choirs and at age 12, purchased his first guitar for $15.00. King made his way to Memphis, Tennessee where in 1948 he got his big break – performing on the Sonny Boy Williamson radio show on KWEM.His performance led to short 10-minute segments on the black-staffed radio station WDIA. The popularity of the segments prompted King to adopt a catchy radio name. He started using Beale Street Blues Boy, then shorten it to Blues Boy King, and eventually decided on B. B. King. In 1949, B. B. King started recording his songs and touring across the country.At a performance in Twist, Arkansas, two male patrons got into a fight that caused a fire. B. B. King barely escaped the club with his Gibson guitar. After learning that the fight was over a woman named Lucille, B. B. King decided to name his guitar after her, as a reminder to never fight over a woman.In 2006, B. B. King received the Presidential Medal of Freedom from President George W. Bush. The honor is bestowed to those who have contributed to the national interest of the United States, through actions of world peace, culture, and other significant public endeavors. Resrearch more about this great American Champion and share it with your babies. Make it a champion day!