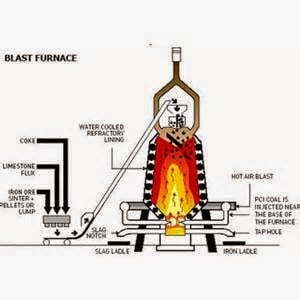 GM – FBF – Today’s American Champion was an American inventor known for her patent for a gas furnace.Today in our History – December 23, 1919 – Alice H. Parker patients the gas furnace.Little is known about Alice H. Parkers life, with most of the information coming from Howard University records of her attendance and her patent. Parker was born in Morristown, New Jersey where she lived most of her life. She attended Howard University, in which she graduated with honors in 1910, and Howard University.Growing up in Morristown, New Jersey, the ineffectiveness of her fireplace in the cold New Jersey winters were said to have inspired her to make a better heating solution.Parker’s heating system used independently controlled burner units that drew in cold air and conveyed the heat through a heat exchanger. This air was then fed into individual ducts to control the amount of heat in different areas. It drew in Parker’s patent for heating furnace was filed in 1919. She received patent No. US132590A on December 23, 1919.At the time of filing, most were heating with either coal or wood, but Parker used gas instead. It was not the first gas patent but was the first to contain individually controlled air ducts to transfer heat to different parts of the building. While never implemented due to safety concerns over the regulation of heat flow, it was a precursor to modern heating systems.With her idea for a furnace used with modifications to eliminate safety concerns, it inspired and led the way to features such as thermostats, zone heating and forced air furnaces, common features of modern central heating. Not only that, but by using gas it heated homes much more efficiently then the wood or coal counterparts.While safety was a concern over the regulation of heat flow, it did eliminate the dangers of leaving a fireplace running through the night in order to keep the house heated.Her filing of the patent preceded both the Civil Rights Movement and the Women’s Liberation Movement which makes it especially impressive, as these removed many barriers for black women of her generation.Parker and her patent is mentioned in Black women in America: an historical encyclopedia.In 2019, the National Society of Black Physicists honored Parker as an “African American inventor famous for her patented system of central heating using natural gas.” It called her invention a “revolutionary idea” for the 1920s, “that conserved energy and paved the way for the central heating systems”.The New Jersey Chamber of Commerce established the Alice H. Parker Women Leaders in Innovation Awards to honor women who “talent, hard work and ‘outside-the-box’ thinking to create economic opportunities and help make New Jersey a better place to live and work.”Research more about this great American Champion and share it with your babies. Make it a champion day!