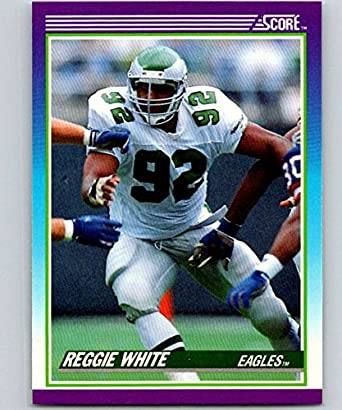 GM – FBF – Today’s American Champion was a famous African American sportsman. He was known for his professional football career and remarkable performance in 15 seasons of the National Football League.He represented University of Tennessee while playing college football. He was declared NFL Defensive Player of the Year twice.Today in are History – December 26, 2004 – Reggie White dies.Reginald Howard White was born on December 19, 1961 in Chattanooga, Tennessee. He received his early education from Howard High School from where he began playing football. He was trained under Coach Robert Pulliam, a former defensive lineman. In his senior year he made a record of 88 solo tackles and garnered All-American honors. The Knoxville News Sentinel claimed he was rated the number one recruit in Tennessee. Upon graduation, he enrolled in University of Tennessee where he played football for three years. His effective defensive techniques during the games earned him the “Andy Spiva Award”, which is given to most improved defensive player of the year.In 1981, it was recorded that White made 95 tackles and blocked three extra-point attempts. During his game against Memphis State, he had 10 tackles and two sacks which earned him the team’s “outstanding defensive player” title.Moreover, he was named “Southeast Lineman of the Week”, after his performance and win in the game against Georgia Tech. In the 1981 Garden State Bowl, he made eight tackles against Wisconsin and received another title for “Best Defensive Player”. After his ankle injury during the 1982 season, his performance dropped off. However, he maintained his reputation of best defensive player and led the team with seven sacks.Subsequent to losing a game to Iowa with 28-22, Reggie White made up his mind to polish his skills. His determination paid off in the 1983 season when he had 100 tackles and record-breaking 15 sacks. In the 1983 Florida Citrus Bowl, his team defeated Maryland with 30-23 score. In the second quarter of the game he sacked heralded Maryland quarterback Boomer Esiason. His spectacular performance rendered him the All-American, SEC Player of the Year. In fact, he became the finalist of a Lombardi Award. While playing at University of Tennessee, he registered 293 tackles, four fumble recoveries and 32 sacks in total which became remained a record for his school till 2013.Upon his graduation from the University of Tennessee, White signed with the United States Football League’s Memphis Showboats. He played for them for two seasons and scored 198 tackles, seven forced fumbles and 23.5 sacks. In 1985, when the Football League collapsed the Philadelphia Eagles brought him onboard. He remained with the Philadelphia Eagles for eight season playing for the National Football League. In a single season, he made a record of registering 21 sacks and became the only player ever to gain 20 sacks in just 12 games. With his outstanding performance, White raised Eagle’s rank among other National Football league’s teams. One of the sports channel credited him with being the greatest player in the history of Eagles’ franchise.After his tenure with the Eagles, White became a free agent during early 1990s. The Green Bay Packers signed him and he played for six seasons with them. Once again, he brought victories for his team and helped them to win two Super Bowls and Super Bowl XXXI titles.He was received the NFL Defensive Player of the Year award, in 1998. Reggie White died on December 26, 2004, in North Carolina at the age of 43. Research more about this great American Champion and share it with your babies. Make it a champion day!