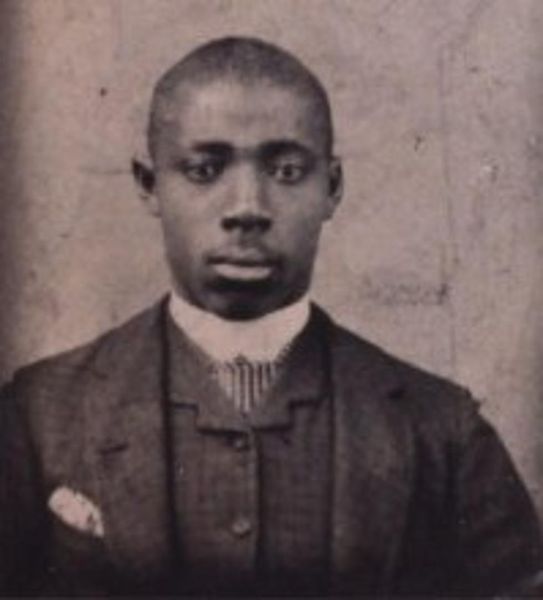 GM – FBF – Today’s American Champion event was according to a letter by the tobacco planter John Rolfe, the widower of Pocahontas, a ship landed in England’s 12-year-old Jamestown settlement and “brought not anything but 20, and odd, Negroes, which the Governor and the Cape Merchant bought for victuals – provisions.The “20 and odd’’ already had been through hell. They were taken prisoner of war in what is now Angola by African mercenaries working with the Portuguese; marched to the Atlantic coast, where they were branded, penned, forcibly baptized; and finally chained head-to-foot below deck on a Spanish ship headed for Mexico and a life of slavery. The San Juan Bautista carried about 350 enslaved people, more than a third of whom died on the crossing. Then, in the Gulf of Mexico, the ship was attacked by two English privateers – pirates under a foreign flag of convenience. The two ships carried about 60 of the Africans north toward Virginia.Virginia had no law to permit or ban slavery. But the Africans became slaves in fact, if not law. In 1624, two of them, identified as Anthony and Isabella, were listed in the household of Capt. William Tucker, a military commander and settler.The following year, the two appear again in a census, this time along with “William theire Child Baptised.’’ Another African child, unnamed, also appears for the first time in the same 1625 census. But William is the first identified by name.Today in our History – January 3, 1821 – The first African American was born, William Tucker.A family that traces its bloodline to America’s first enslaved Africans said Friday that their ancestors endured unimaginable toil and hardship — but they also helped forge the nation.“Four hundred years ago, our family started building America, can I get an Amen?” Wanda Tucker said before a crowd in the Tucker Family Cemetery in Hampton, Virginia.“They loved,” she continued. “They experienced loss. They worked. They created. They made a way out of no way, determined that their labor would not be in vain.”Tucker, a college professor in Arizona, spoke at one of several events in Virginia this weekend that will mark the arrival of more than 30 enslaved Africans at a spot on the Chesapeake Bay in August 1619.The men and women who came from what is now Angola arrived on two ships and were traded for food and supplies from English colonists. The landing is considered a pivotal moment in American history, setting the stage for a system of race-based slavery that continues to haunt the nation.Many of the first Africans are known today by only their first names. They included Antony and Isabella, who became servants for a Captain William Tucker.They had a son named William Tucker who many believe was the first documented African child born in English-occupied North America.“We’re still here,” Tucker shouted in her family’s shaded cemetery, which included many worn gravestones, as well as white crosses where ground penetrating radar had recently found unmarked graves.The Africans came just 12 years after the founding of Jamestown, England’s first permanent colony, and weeks after the first English-style legislature was convened there.American slavery and democratic self-rule were born almost simultaneously in 1619. But the commemoration of the Africans’ arrival comes at a time of growing debate over American identity and mounting racial tension.During his remarks, Virginia Lt. Gov. Justin Fairfax rebuked President Donald Trump’s racist tweets. One had called on four Democratic congresswomen of color to “go back” to their home countries, even though three were born in the U.S.“You do not tell us to go back to where we came from,” said Fairfax, who is black. “We built where you came from.”Fairfax, who is facing allegations of sexual assault from two women, said he met Trump in July when they marked the 400th anniversary of the legislature in Jamestown.“The president had to bow down to the descendant of an enslaved African,” Fairfax said.People at the ceremony also said the Tucker family’s story symbolizes those of all African Americans.“I think our family history is like some many other peoples,” said Carolita Jones Cope, 60, before the ceremony. Cope is a retired U.S. Department of Labor attorney who lives in Springfield, Virginia, and is among the descendants.“Our descendants arrived here not by choice but in a bound status,” she said. “But they became landholders, business owners and farmers. And they supported each other through the struggle.”Research more about this great American Champion event and share it with your babies. Make it a champion day!