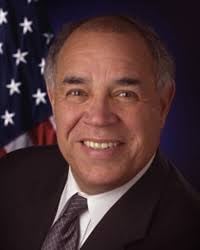 GM – FBF – Today’s American Champion is a former United States Air Force pilot, military engineer, test pilot, and NASA astronaut as well as former NASA Deputy Administrator. He also served briefly as NASA Acting Administrator in early 2005, covering the period between the departure of Sean O’Keefe and the swearing in of Michael Griffin.Today in our History – January 7, 1941 – Frederick Drew Gregory (born January 7, 1941) was born.Frederick Gregory was born on January 7, 1941, in Washington, D.C.. His father was Francis A. Gregory, an educator who was assistant superintendent for D.C. Public Schools as well as the first black president of the D.C. Public Library Board of Trustees.His father was given the honors of having the Francis A. Gregory Neighborhood Library named after him. His mother was Nora Drew Gregory, a lifelong educator as well as public library advocate.She was also the sister of noted African-American physician, surgeon and researcher Dr. Charles Drew, who developed improved techniques for blood storage, and applied his expert knowledge in developing large-scale blood banks early in World War II, saving thousands of Allied lives. Gregory’s great-grandfather was educator James Monroe Gregory. His family lore suggests he has an ancestor from Madagascar. Gregory was raised in Washington, D.C. and graduated from Anacostia High School. He attended the United States Air Force Academy after being nominated by Adam Clayton Powell Jr.; there, he received his Air Force commission and an undergraduate degree in military engineering.After graduating from the Air Force Academy, Gregory earned his wings after helicopter school, flew in Vietnam, transitioned to fighter aircraft, attended the Navy Test Pilot School, and then conducted testing as an engineering test pilot for both the Air Force and NASA. He also received a master’s degree in information systems from George Washington University.During his time in the Air Force, Gregory logged approximately 7,000 hours in more than 50 types of aircraft as a helicopter, fighter and test pilot. He flew 550 combat rescue missions in Vietnam.Gregory was selected as an astronaut in January 1978. His technical assignments included: Astronaut Office representative at the Kennedy Space Center during initial Orbiter checkout and launch support for STS-1 and STS-2; Flight Data File Manager; lead spacecraft communicator (CAPCOM); Chief, Operational Safety, NASA Headquarters, Washington, D.C.; Chief, Astronaut Training; and a member of the Orbiter Configuration Control Board and the Space Shuttle Program Control Board. Notably, he was one of the CAPCOM during the Space Shuttle Challenger disaster.A veteran of three Shuttle missions he has logged about 456 hours in space. He served as pilot on STS-51B (April 29 to May 6, 1985), and was the spacecraft commander on STS-33 (November 22–27, 1989), and STS-44 (November 24 to December 1, 1991).Gregory served at NASA Headquarters as Associate Administrator for the Office of Safety and Mission Assurance (1992–2001), and was Associate Administrator for the Office of Space Flight (2001–2002). On August 12, 2002 Mr. Gregory was sworn in as NASA Deputy Administrator. In that role, he was responsible to the Administrator for providing overall leadership, planning, and policy direction for the Agency.The Deputy Administrator performs the duties and exercises the powers delegated by the Administrator, assists the Administrator in making final Agency decisions, and acts for the Administrator in his or her absence by performing all necessary functions to govern NASA operations and exercise the powers vested in the Agency by law. The Deputy Administrator articulates the Agency’s vision and represents NASA to the Executive Office of the President, Congress, heads of Federal and other appropriate Government agencies, international organizations, and external organizations and communities. From the departure of Sean O’Keefe on February 20, 2005, to the swearing in of Michael D. Griffin on April 14, 2005, he was the NASA Acting Administrator. He returned to the post of Deputy Administrator and on September 9, 2005, submitted his resignation. He was replaced on November 29, 2005, by Shana Dale.Gregory was married to the former Barbara Archer of Washington, D.C. until her death in 2008. They had two grown children. Frederick, D. Jr., a Civil Servant working in the office of the Joint Chiefs of Staff (DOD), and a graduate of Stanford University and the University of Florida.Heather Lynn is a social worker and graduate of Sweet Briar College and the University of Maryland. He is now married to the former Annette Becke of Washington, D.C. and together they have three children and six grandchildren. His recreational interests include reading, boating, hiking, diving, biking and traveling. Research more about this great American Champion and share it with your babies. Make it a champion day!