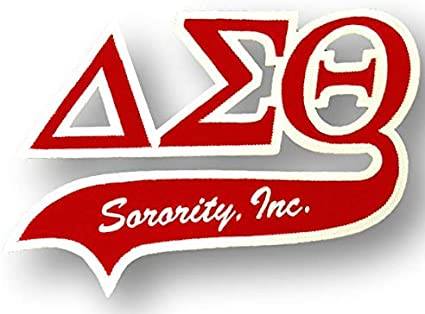 GM – FBF – Today’s American Champion organization is a historically African American Greek-lettered sorority. The organization was founded by college-educated women dedicated to public service with an emphasis on programs that assist the African American community. Delta Sigma Theta was founded on January 13, 1913, by twenty-two women at Howard University in Washington, D.C. Membership is open to any woman who meets the requirements, regardless of religion, race, or nationality. Women may join through undergraduate chapters at a college or university, or through an alumnae chapter after earning a college degree.One of the largest sororities founded in the U.S., the more than 300,000 initiated members are mostly college-educated women. The sorority currently has over 940 chapters located in the Bahamas, Bermuda, Canada, England, Germany, Jamaica, Japan, Liberia, South Korea, and the United States. Delta Sigma Theta is also a member of the umbrella organization National Pan-Hellenic Council (NPHC) – an organization of nine international Black Greek-letter sororities and fraternities. The current (26th) national president is Dr. Beverly Evans Smith.The first public act of Delta Sigma Theta was participating in the Women’s Suffrage March in Washington D.C., on March 3, 1913. Today, it is the largest African-American Greek-lettered organization. Since its founding, Delta Sigma Theta has created programming to improve political, education, and social and economic conditions, particularly within black communities. In addition to establishing independent programming, the sorority consistently collaborates with community organizations and corporations to further its programming goals.The sorority reached a centennial year by being the first black Greek-lettered organization to participate in the Tournament of Roses Parade in Pasadena, California on January 1, 2013, with a float entitled “Transforming Communities through Sisterhood and Service”.Today in our History – January 13, 1913 – Delta Sigma Theta Sorority, Inc. (ΔΣΘ) is founded.On January 13, 1913, Delta Sigma Theta Sorority, Incorporated was founded by twenty-two women at Howard University, some who had earlier been initiated into the Alpha chapter of Alpha Kappa Alpha sorority, including the elected officers of Alpha Kappa Alpha: Myra Davis Hemmings, president; Ethel Cuff Black, vice-president; Edith Motte Young, secretary; Jessie McGuire Dent, corresponding secretary; Winona Cargile Alexander, custodian; Frederica Chase Dodd, sergeant-at-arms; and Pauline Oberdorfer Minor, treasurer. The twenty-two were dismayed at the lack of progress of Alpha Kappa Alpha to move beyond its function of orchestrating the affairs of campus society at Howard and wanted to reorganize the sorority to address a variety of purposes like public service and women’s advancement. The new initiates wanted to establish a national organization, enlarge the scope of the sorority’s activities, and change the sorority’s name to reflect a new purpose. They felt Alpha Kappa Alpha was solely a female derivative of the Beta chapter of Alpha Phi Alpha fraternity with no individual meaning and were not “Greek distinctive” letters.They also wanted to change the symbols, change the sorority colors, and be more politically oriented. In 1912, they voted to change the organization’s name to Delta Sigma Theta. This new name was to reflect the group’s desire to change the direction of the group and change in the philosophical underpinnings. The members of the new organization sought to move towards social activism and greater public service, rather than continue to focus on social activities. According to Delta Sigma Theta’s historian Paula Giddings, the twenty-two young women were concerned that since Alpha Kappa Alpha was not incorporated, there was no “legal entity”. Since there was no charter, there was no authority to form other chapters, thus limiting their ability to enlarge the scope of activity.”The undergraduate members push to establish a national organization, to engage in activities that were national in scope, to change the sorority’s name and symbols as well as to be more politically oriented caused conflict between one alumnae member who wished to keep the previous name and functional status quo, and the remaining collegiate Alpha Chapter members who voted to change the name of Alpha Kappa Alpha to Delta Sigma Theta Sorority. When the graduate member, Nellie Quander, was informed about some of the students’ desire to change the sorority’s name, colors and constitution, she disagreed and gave the students a deadline to stop the efforts to reorganize the sorority. The women declined and unanimously voted to reorganize, even prior to Delta Sigma Theta being approved by the Howard University administration. Thus Delta Sigma Theta was founded on January 13, 1913. The new sorority was officially incorporated in 1930 making Delta the second sorority composed of undergraduate African American women to apply to the trustees of any university for the right to become an incorporated body.On January 20, 1930, the organization’s Grand Chapter was nationally incorporated. Delta Sigma Theta was the one of the African American organization to participate in the Women’s Suffrage March on March 3, 1913. Research more about this great American Champion organization and share it with your babies. Make it a champion day!