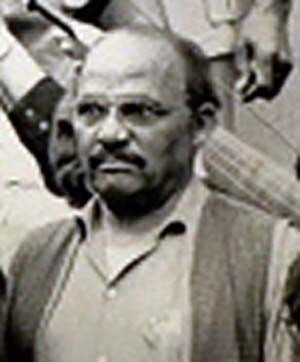 GM – FBF – Today’s American Champion was born on June 30, 1903, was part of a small but active cadre of African American Communists operating in the Pacific Northwest during the 1930s. Originally from the East Coast, He the Lenin School in Moscow in the late 1920s. In 1932 he was sent to Seattle by the Communist Party USA’s Central Committee in New York to serve on a three-member District Executive Committee. That same year he helped organize one of the largest demonstrations of unemployed workers in the state’s history. He reportedly clashed with Party members in the Northwest who, according to Bellingham organizer Eugene Dennett, considered him overbearing and doctrinaire. In 1933 he was replaced, along with the other two members of the Executive Committee, by a new Executive Secretary.Today in our History – January 28, 1990 – Hutchen R. Hutchins died.Hutchins stayed in Seattle and retained a Marxist political orientation, although it is unclear whether he remained an official member of the Communist Party. Throughout the latter half of the 1930s he served as president of the Negro Workers Council, an Urban League program designed to provide education and support for working-class African Americans. Susie Revels Cayton, the matriarch of the influential Cayton family and herself a devoted Communist, was Hutchins’s vice-president on the Council.In 1940, in response to the Boeing Company and the International Association of Machinists longstanding policy of racial exclusion, Hutchins organized a broad coalition of African American community leaders into the Committee for the Defense of Negro Labor’s Right to Work at the Boeing Airplane (CDNL). Hutchins used his position as a correspondent for Seattle’s African American newspaper, The Northwest Enterprise, to publicize the CDNL’s campaign. Both the Boeing Company and the IAM continued to resist integration even after Franklin Roosevelt’s June 1941 executive order prohibiting hiring discrimination in defense industries.However, due in large measure to Hutchins’ work on the CDNL and for The Northwest Enterprise, Boeing hired its first African American employees in 1942 and the IAM, after a protracted internal struggle, removed discriminatory language from its international charter in 1946.The CDNL marked the height of Hutchins’s public visibility as a civil rights leader. However, he remained active in struggles for worker rights and racial justice over at least the next thirty years, including the United Black Construction Workers efforts to integrate the Seattle Building Trades Unions in the late 1960s and early 1970s. Hutchen R. Hutchins died in Seattle on January 28, 1990. He was 86. Research more about this great American Champion and share it with your babies. Make it a champion day!