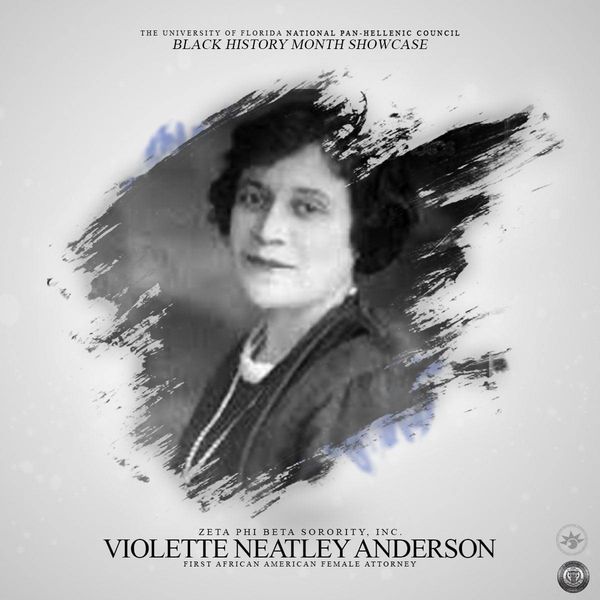 GM – FBF – Today’s American Champion became the first African-American woman to practice law before the United States Supreme Court on January 29, 1926. She was one of the most prominent advocates of a landmark piece of legislation that helped secure rights and economic mobility for sharecroppers in the South, the Bankhead-Jones Act.Today in our History – January 29, 1926 – Violette Neatley – the first African American female to practice law before the Supreme court.On January 29, 1926, lawyer Violette Neatley Anderson became the first African American female attorney admitted to practice before the United States Supreme Court.She was also the first African American woman appointed as an assistant prosecutor in Chicago.For 15 years, Anderson worked as a court reporter from 1905 to 1920. As she worked as a reporter, she soon found interest in law and decided to start taking law classes.At the time, she was the only woman in her class and the first woman in Illinois to graduate from the Chigaco Law School, earning her LL.B. in 1920.Born in London, England, on July 16, 1882, to Richard and Marie Neatley, Anderson and her family moved to Chicago, Illinois at a young age.She graduated from a Chicago high school in 1899 and went on to the Chicago Athenaeum and the Chicago Seminar of Sciences.After receiving her law degree, she began a private practice after graduation, becoming the first black woman to practice law in the U.S. District Court Eastern Division.Anderson was one of the first women of any race in the state of Illinois to engage in private law practice. Her success in defending a woman accused of murdering her husband in the courtroom resulted in her being appointed to an assistant prosecutor in Chicago. She was both the first African American and the first woman appointed to that post.She served as the first female city prosecutor in Chicago from 1922 to 1923 and after five years of practice before the high court of Illinois, Anderson was admitted to practice for the Supreme Court of the United States. She became the first black woman to attain that stature.Anderson was great at what she does; she was a trailblazer who paved the way for many women who came after her. She was reportedly very active in lobbying the US Congress for the passage of the Bankhead-Jones Act, which provided sharecroppers and tenant farmers with low-interest loans to buy small farms. Fortunately, the bill that was designed to move poor agriculturalists from farmworkers to farm owners was signed into law in 1937 by President Franklin D. Roosevelt.Anderson was a member of the Federation of Colored Women’s Clubs and the Chicago Council of Social Agencies. She also served as the first vice-president of the Cook County Bar Association and was the eighth Grand Basileus (President) of Zeta Phi Beta Sorority, Incorporated.She was secretary of Idlewild Lot Owners Association, an executive board member of the Chicago Council of Social Agencies, and was a member of the League of Women Voters.On December 24, 1937, Anderson died in her Chicago home. She willed her property at the all-black resort in Idlewild, Michigan to Zeta Phi Beta Sorority who to date continues to honor her legacy annually during the month of April with “Violette Anderson Day.” Research more about this great American Champion and share it with your babies. Make it a champion day!