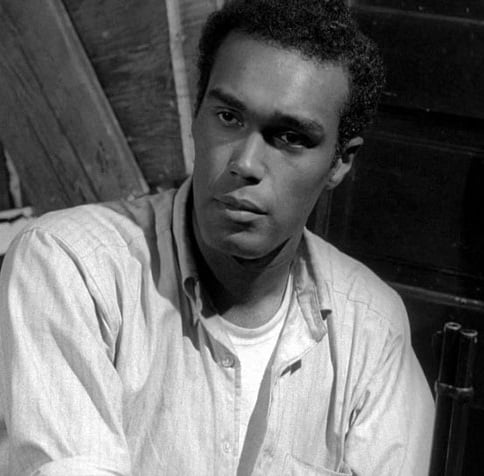 GM – FBF – Today’s American Champion was an American actor and theatre director, best known for his leading role as Ben in the 1968 horror film Night of the Living Dead.He was later director of the Maguire Theater at the State University of New York at Old Westbury, and the artistic director of the Richard Allen Center for Culture and Art in Manhattan.Today in our History. – February 2, 1968 – Made the cast of “THE NIGHT OF THE LIVING DEAD. Jones was born in New York City to Mildred Jones (née Gordon). He had a sister, Marva (later Marva Brooks), and a brother, Henry. He graduated from the University of Pittsburgh with a B.A. and studied at the Sorbonne in Paris, before training as an actor in New York City. He later completed an M.A. in Communications at New York University in between shooting Night of the Living Dead.Prior to becoming an actor, Jones was a Phelps-Stokes exchange scholar in Niger and taught literature at Long Island University. He created English-language training programs for the Peace Corps and helped design Harlem Preparatory School, where he headed the English department. His role in the 1968 film Night of the Living Dead marked the first time an African-American actor was cast as the star of a horror film, and one of the first times in American cinema where an important role was given to a person of color when the script did not explicitly call for one. At the time, casting a black man as the hero of a film where all the other characters were white was potentially controversial. While some saw the casting as significant, director George A. Romero states “Duane simply gave the best audition.”He continued working in film after Night of the Living Dead in Ganja & Hess (1973) and Beat Street (1984), among others. Despite his other film roles, Jones worried that people only recognized him as Ben. From 1972 to 1976, Jones oversaw the literature department at Antioch College. He was subsequently executive director of the Black Theater Alliance, a federation of theater companies, from 1976 through 1981 and continued working as a theater actor and director, until his death in 1988.As executive director of the Richard Allen Center for Culture and Art (RACCA), he promoted African-American theater. He also taught acting styles at the American Academy of Dramatic Arts in New York City. After leaving the American Academy of Dramatic Arts, he taught a select group of students privately in Manhattan, by invitation only. His hand-selected students were of diverse ethnic backgrounds. The students were picked from his Acting Styles classes at American Academy of Dramatic Arts.Jones died of cardiopulmonary arrest at Winthrop-University Hospital in Mineola, Long Island, New York, on July 22, 1988, aged 51. He was cremated and his ashes given to his family. • The Duane L. Jones Recital Hall at the State University of New York at Old Westbury is named after him. • In the zombie comic book series The Walking Dead, the African-American character Duane Jones is named in his honorMake It A Champion day!