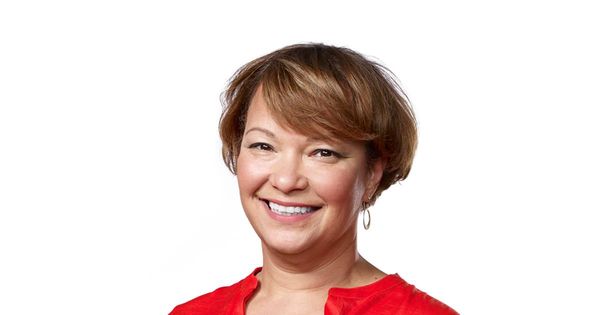 GM – FBF – Today’s American Champion is an American chemical engineer who served as the administrator of the United States Environmental Protection Agency (EPA) from 2009 to 2013. She is the first African-American to have held that position.Born in Philadelphia, Pennsylvania, she is a graduate of Tulane University and Princeton University. Soon after entering the EPA as a staff-level engineer in 1987, she moved to the EPA’s regional office in New York City, where she spent the majority of her 16-year EPA career.In 2002, she joined the New Jersey Department of Environmental Protection as the Assistant Commissioner of Compliance and Enforcement and Assistant Commissioner for Land Use Management. New Jersey Governor Jon Corzine appointed her on the state’s Commissioner of Environmental Protection in 2006. She also briefly served as Corzine’s Chief of Staff in late 2008.On December 15, 2008, President-elect Barack Obama nominated her to serve as Administrator of the Environmental Protection Agency; she was confirmed by the U.S. Senate on January 23, 2009, and took office that same day. During her tenure as EPA Administrator, she oversaw the development of stricter fuel efficiency standards and the EPA’s response to the Deepwater Horizon oil spill; authorized the recognition of carbon dioxide as a public health threat, granting the EPA authority to set new regulations regarding CO2 emissions; and proposed amending the National Ambient Air Quality Standards to set stricter smog pollution limits. In December 2012, she announced she would step down as EPA Administrator effective February 15, 2013; she was succeeded by Deputy Administrator Bob Perciasepe, who served as Acting Administrator until the Senate confirmed Gina McCarthy as a permanent successor on July 18, 2013.Today in our History – February 8, 1962 – Lisa Perez Jackson was born.Lisa Perez Jackson, the first African American Administrator of the U.S. Environmental Protection Agency (EPA), brings a wealth of experience to that agency. A scientist by profession, she has spent more than 20 years working as an advocate for the better use and awareness of the environment.Jackson was born in Philadelphia, Pennsylvania, on February 8, 1962, and was adopted two weeks after her birth. She grew up in New Orleans, Louisiana‘s Lower Ninth Ward, which became infamous during Hurricane Katrina in 2005. Her adoptive mother continued to live in New Orleans until the hurricane flooded the city. Jackson, who had planned to become a doctor, instead switched her studies to engineering and graduated summa cum laude with a BS in chemical engineering from Tulane University’s School of Chemical Engineering in 1983. She received a masters degree in chemical engineering from Princeton University in 1986. Jackson was one of only two women in her engineering class at Princeton.After graduating from Princeton, Jackson was hired by the EPA where she initially worked as a staff level engineer. During her years with the EPA, Jackson was involved with the federal Superfund site remediation program. She developed numerous hazardous waste cleanup regulations and supervised multi-million dollar waste cleanup projects in central New Jersey. She later served as deputy director and acting director of the Northeast Region’s enforcement division.In 2006, New Jersey Governor Jon S. Corzine appointed Jackson to be Commissioner of New Jersey’s Department of Environmental Protection where she led a staff of nearly 3,000 state employees who managed state parks and beaches, fish and wildlife programs, and historic preservation as well as programs addressing water and air pollution. Jackson was known in New Jersey for her work in reducing greenhouse gases, fighting pollution, and encouraging environmentally-conscious residential and industrial growth.On December 1, 2008, Governor Corzine appointed Jackson as his Chief of Staff, a post recognized as the second most powerful position in state government. Jackson was the third woman and the first African American to hold the post. She served only 15 days, however, before being nominated by President-Elect Barack Obama to become the new EPA Administrator. Jackson was confirmed to that post by the U.S. Senate on January 23, 2009. Jackson held the post for four years until her resignation on February 15, 2013. Research more about this great American Champion and share it with your babies. Make it a champion day!