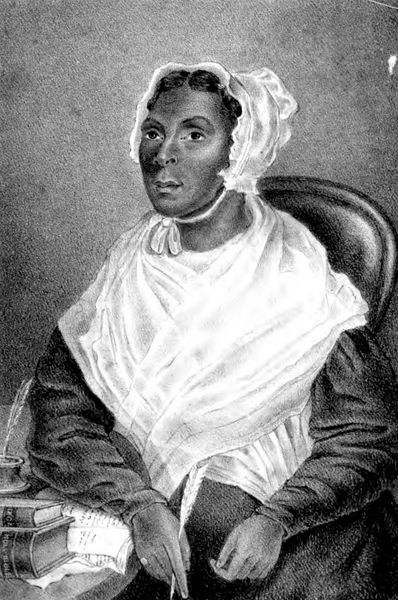 GM – FBF – Today’s American Champion was noted as the first female preacher, adds value in the purpose of women to be in a church. Born into a free black family, Lee quickly learned how sinful slavery truly is. At a time period of segregation and unequal privilege, Richard Allen gave her the opportunity for her voice to be heard. Going up against racial and gender issues, she found her home and ability to let her voice be heard at the African Methodist Episcopal Church, in 1819. She was part of the Second Great Awakening. She was also the first African American woman to have an autobiography published in the United States.Today in our History – February 11, 1783 – Jarena Lee (February 11, 1783 – February 3, 1864) was born.A Christian Voice . Despite the limitations of being both a woman and an African American, Jarena Lee became an important religious voice in early national America. She struggled successfully to become one of the first female preachers in the United States. She later recorded her experiences in one of the first African American spiritual autobiographies to be written, a memoir still in print today.Conversion. Jarena Lee was born in southern New Jersey in 1783. Unlike most African Americans of her day, she did not experience slavery directly, although she was removed from her parents at a young age. She considered herself “born again” after a conversion experience in 1804, and the development of her spirituality became central to her life from that point on. For many years she struggled with the implications of this experience, at times feeling deep, almost suicidal, despair, and at other times feeling that she was approaching the state of “sanctification,” a sense of being always graced by God. By this time Lee had moved to Philadelphia.She became a member of Richard Allen’s Bethel African Methodist Episcopal Church. One Sunday she stood up in church and interrupted a visiting male minister to witness to Jesus’ saving action in her own life, a step taken by few American women, black or white, before her.Public Preaching . In 1811 Lee went even further. She told Allen she had been called by God to preach to others. Allen discouraged Lee from pursuing this path, and for a time she took his advice. She married another minister, Joseph Lee, and moved with him to his church just outside Philadelphia. The Lees had two children, but Jarena was soon left a widow and returned to Philadelphia. In 1819 she stood up again in Bethel Church and interrupted the minister. On this occasion, rather than speak of her own experience, she gave her own interpretation of the day’s Bible text, a further assertion of her spiritual authority. Richard Allen encouraged her this time and sanctioned her new vocation. Lee then became an itinerant revivalist, traveling up and down the East Coast and as far west as Ohio, seeking converts everywhere.In 1827 alone Lee traveled more than two thousand miles and preached 180 times. She spread her message even further with the 1836 publication of The Life and Religious Experience of Jarena Lee, A Coloured Lady, Giving an Account of Her Call to Preach the Gospel. The Methodist Church complained about the quality of the writing in this work and refused Lee’s request for sponsorship for a later edition. Despite her race and lack of education, she raised the necessary money from other sources and oversaw the work herself, bringing out the new version in 1849. Unfortunately, nothing is known of Lee’s life after the late 1840s. Research more about this great American Champion and share it with your babies. Make it a champion day!