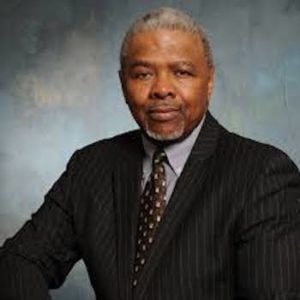 GM – FBF – Today’s American Champion was the first black floor member and floor broker in the New York Stock Exchange.Today in our History – February 13, 1970 – Joseph L. Searles III is the first black person permitted to trade on the floor of the New York Stock Exchange.“It’s a personal challenge to me as a Black man to become part of the economic mainstream of this country,” said Joseph L. Searles, III, a multi-faceted man whose legacy encompassed a passion for education, sports, politics and business.Raised in Fort Hood, Texas, Searles exhibited an early love for sports, playing on a battalion team when he was young. In his adolescence, when Killeen High School first integrated, he became its first Black player. This would become one of many firsts in his lifetime.His athletic interest continued into college, where at Kansas State University he earned an undergraduate degree in political science while playing football. With his eyes set on more education, he attended George Washington University and obtained a law degree. But, he staved off entry into the traditional work force to pursue professional football with the New York Giants, joining the team for a salary of $14,000 a year, during an era where a revolution in social norms made way for many African-Americans to be included in fields and arenas where they once weren’t.In 1967, he ended his sports career with the Giants and switched gears, employing his knowledge of law and politics by working as an aide to New York City Mayor, John Lindsay. While there, he became a protégé of Lindsay’s, making strides towards his goal of impacting the economic mainstream with two gubernatorial appointments as Chairman and Director of the New York Mortgage Agency, an agency providing low interest mortgages to low and moderate first-time home buyers.Searles managed municipal housing issues valued at more $600 million while tenured there, a true commitment positively impacting New York residents in the sixties with dreams of home ownership.Building upon a first by Clarence B. Jones— the first Black NewYork Stock Exchange member—it was Searles’ small stint as the first Black trader on the actual floor in 1970 that propelled him into history. Others took notice. Just one year later, in 1971, the exchange admitted its first Black-owned member firm, Daniels & Bell, Inc. founded by Travers Bell and Willie E. Daniels.The Black-owned Harlem Securities became a NYSE member firm later that year. Daniels & Bells underwrote securities for up and coming minority-owned businesses for upwards of $15 million until the late 1980s. But after the death of co-founder, Travers, the company declined on Wall Street and lost NYSE membership, eventually closing in 1994.However, Searles still wanted to make a broader impact than just on the floor of the exchange. So, with a bear market upon the economy, he left the “Big Board” (as the NYSE is called), continuing his career in finance working for Manufacturers Hanover Trust Co. (MHTC), a large bank that would later become a subsidiary by the corporation of the same name. The bank merged into Chemical Banking Corporation for $1.9 million in 1991.Searles followed his time at MHTC, by joining investment firm Newburger Loeb and Co. as a floor partner and broker. Searles continued to build his legacy, serving his community by choosing management positions which allowed him to leverage his responsibilities with strong urban initiatives as deputy commissioner of the New York Economic Development Administration. He also held a senior position at the Bedford Stuyvesant Restoration Corporation and the Center for Advocacy Research and Planning, and as the first chairman of the 125th Business Improvement District in Harlem.Searles’ legacy is rich, and as multifaceted as him, leaving an indelible mark on the financial urban legacy of Black Americans in New York and beyond. Research more about this great American Champion and share it with your babies. Make it a champion day!