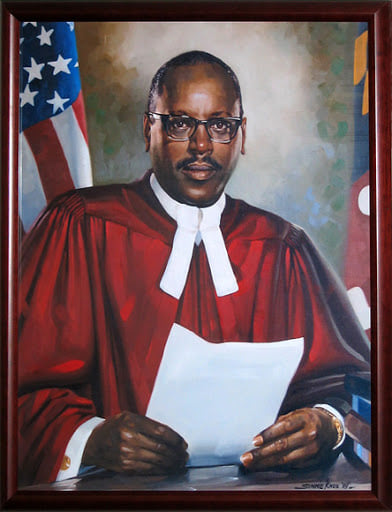 GM – FBF – Today’s American Champion was an American lawyer and jurist from Baltimore, Maryland. Cole was also a member of the Maryland State Senate and the first African-American ever elected to the Maryland Senate and the first African-American to serve on the Maryland Court of Appeals.Today in our History – February 14, 1999 – Harry A. Cole dies.Born in Washington, D.C., Cole was one of five children. His father died while he was an infant and his mother moved the family back to Baltimore where she had grown up. Cole attended Baltimore public schools and graduated from Douglass High School, He then attended and graduated as class valedictorian from Morgan State College with an A.B. in 1943. Immediately after college, Cole joined the U.S. Army where he was commissioned as a 1st Lieutenant in the Quartermaster Corps. He received an honorable discharge in 1946. Cole resumed his education and went on to the University of Maryland Law School where he earned an LL.B. in 1949. He was admitted to the Maryland Bar in 1949. Associate Judge, Municipal Court of Baltimore City, 1967. Associate Judge, Supreme Bench of Baltimore City (now Circuit Court), 1967-77. Associate Judge, Maryland Court of Appeals, 1977-91.Cole married the former Doris Freeland in 1958; three daughters: Susan, Harriette and Stephanie. He died of pneumonia at Church Home, Baltimore, Maryland on February 14, 1999. Research more about this great American Champion and share it with your babies. Make it a champion day!