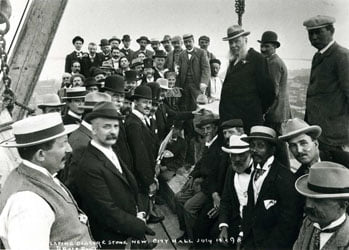 GM – FBF – Today’s American Champion event is in honor of our ancestors who moved to Canada for safety and a better life. The history of Black Canadian voting rights is marked by contrasting shifts. Enslaved during the period 1600–1834, Black persons could not vote.Emancipated, they were entitled to the rights, freedoms and privileges enjoyed by British subjects, including the franchise; however, racial discrimination did at times impede Black Canadians’ right to vote. The rights and freedoms of Black women were further restricted by virtue of their sex. Black communities in Canada represent an array of experiences, below are some that relate to the right to vote.Today in our History – March 24, 1937 – Blacks win the right to vote in Canada.During the period of African enslavement in Canada, from the early 1600s until its abolition on 1 August 1834,Black persons were legally deemed to be chattel property (personal possessions). As such, Black persons were not considered to be “people” and therefore did not possess the rights or freedoms enjoyed by full citizens, including protections under the law and involvement in the democratic process.Black persons in Canada secured some rights and freedoms as their social status changed from enslaved persons to British subjects with the gradual abolition of enslavement, during the period 1793 to 1834 (see also Chloe Cooley and the Act to Limit Slavery).As British subjects, they were technically entitled to all of the rights, freedoms and privileges that status carried. However, because of their skin colour, Black Canadians faced racism and their civil rights and civil liberties were limited. The rights and freedoms of Black women were further restricted by virtue of their sex. Most women did not gain suffrage at the federal level until 1918 and between 1916 and 1940 at the provincial level (see Women’s Suffrage).Black men had the right to vote provided they were naturalized subjects and owned taxable property. Until 1920, most colonies or provinces required eligible voters to own property or have a taxable net worth — a practice that excluded poor people, the working class and many racialized minorities.Though Black Canadians were not prohibited by law from exercising the right to vote, public sentiment against extending the franchise to Blacks did exist, and local conventions did prevent Black persons from voting. The prejudice and discrimination they faced affected Black peoples’ decision to attend polling stations.Black residents felt strongly about the franchise and took measures to secure this right when it was encroached or threatened. In 1848, Black men in Colchester, Canada West (Ontario), attended the election of parish and township officers. Though Black residents accounted for a third of the town’s population, the white men in attendance physically blocked them from voting. Blacks in Colchester sought the legal intervention of a local judge, who ordered that their rights be restored. Their voting rights were affirmed by the local courts and the chairman of the township meeting was subsequently prosecuted and received a heavy fine.Black Canadians publicly expressed their anger at the mistreatment of the Black voters in Colchester. In an article published in Voice of the Fugitive, Black abolitionist and Provincial Freeman co-editor Samuel Ringgold Ward charged that the right to vote was the “most sacred” of all rights. He remarked that had the white men stolen all of the Black voters’ grain and cattle and left them with nothing, that violation would pale in comparison to that of taking away their “right of a British vote.”Although the Black vote represented a small fraction of the electorate in many places, it was a valuable and deciding factor in a number of elections. Black voter support was courted by white politicians, and on several occasions, Black communities used this as a means to address issues of concern. In 1849, for instance, Edwin Larwill, a politician in Canada West, brought forth several anti-Black resolutions at a Western District council meeting, including a petition to the government requesting that African American immigrants be charged a poll tax. Larwill also asked the provincial government to contemplate whether Blacks should have the right to vote. Years later, in 1857, Larwill lost his seat on the Legislative Assembly to Archibald McKellar, due in large part to Black voters strategically casting their vote for McKellar, who opposed Larwill’s anti-Black discrimination.Both Liberal and Conservative candidates vied for the Black vote during Nova Scotia’s 1843 and 1847 elections. Widely supported Reform (Liberal) leader Joseph Howe delivered speeches in the Black communities of Preston and Hammond Plains to rally their votes, for instance.He pledged to improve the difficult conditions faced by Black Nova Scotians due to racism and the hardships of settlement. Howe also vowed to address the Black community’s concerns about the government withholding land grants to Black Loyalists (see also Loyalists).When Albert Jackson was hired as the first Black mail carrier in Toronto in May 1882, his white colleagues refused to train him for the job and did not want to work alongside him. Toronto’s Black community held meetings to decide on a course of action and wrote letters to newspaper editors. James David Edgar, who was pursuing a Liberal nomination for the federal election, supported Jackson in order to obtain votes from members of the Black community. Meanwhile, Conservative Prime Minister Sir John A. Macdonald was approached by Black citizens while on the campaign trail in Toronto. They demanded that Jackson be trained and returned to his post. Jackson’s boss, Toronto postmaster Thomas Charles Patterson, was a close friend of the Prime Minister. Macdonald persuaded him to yield to the Black community’s grievance and to train Jackson. One month after he was hired, Jackson received his mail delivery route. Research more about this great American event and share it with your babies. Make it a champion day!