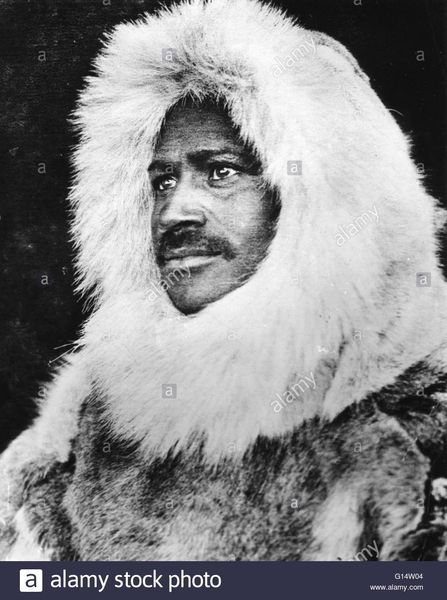 GM – FBF – Today’s American Champion event was a little challenging for me to research because there is not that much Information on this event for the time that I had. We all have heard the stories of Christopher Columbus and his voyages. In Trenton, N.J. where I am from as a young student we even had Columbus day off to go to the Columbus day parade. I would always ask the question – Did Columbus have any Blacks as slaves or working for him on the ship and teachers would never answer the question because THEY didn’t know or for whatever reason. So I am asking the question to you?Today in our History – March 21, 1492 – Alonzo di Pietro, a BLACK man was hired and would practice daily with the other ship’s captions to prepare for the upcoming voyage that Columbus would be embarking on later that year.Alonzo di Pietro did so well and Columbus was so Impressed that he commissioned Alonzo di Pietro to pilot one of the ships (Some say the Santa Maria).Which one I do not know but if you have the time, research and find out for yourself and share it with your babies and the world. This is what I have found thus far supporting the reason way a Black was there in power of one of the ships.In 1492, a black navigator named Alonzo di Pietro piloted one of Christopher Columbus’ ships on his first voyage to the Americas, according to one of my favorite books, “Great Negroes Past and Present.”1492 Pedro Alonso Niño known as Alonzo Pietro or Peralonso Niño and his three brother’s sets sail with Christopher Columbus. Pedro Alonso Niño was pilot of the Santa María, Juan Niño was master of La Niña, of which was the owner, and Francisco Niño is believed to have been a sailor on La Niña.The Niños took part as well in Columbus’s second and third voyages. Between 1499 and 1501 they traveled on their own account, with the merchants Cristóbal and Luis Guerra, following the route of Columbus’s third voyage to the Gulf of Paria on the South American mainland in what is now Venezuela.Alonzo Pietro sets sail with Christopher Columbus as he begins his famous journey to find a new trade route to China, but accidentally “discovers” the Americas. Pietro was one of Columbus’ navigators. He was known as “il Negro”—The Black.Please do more research if you can about this great American event that would Impact our forefathers and mothers, you and your children to this day. 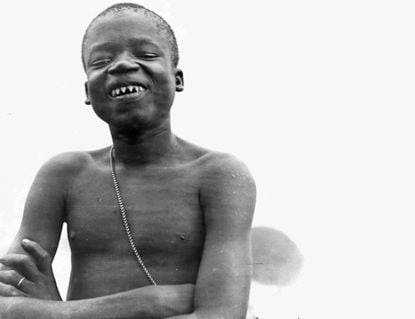 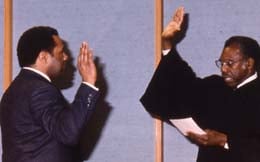 GM – FBF – Today’s American Champion is the former Deputy Secretary of the United States Department of Housing and Urban Development, having served in the position from May 8, 2009 to July 2011. He is also the former King County Executive. Sims ran unsuccessfully for higher office twice: United States Senator in 1994 and for Governor of Washington in 2004.Today in our History – March 19, 1969 – Ronald Cordell Sims and wife LYDIA SIMS, the Spokane Community Action Council elected Sims president partly because of his yearlong campaign to get city agencies to hire African Americans.During World War II, Lydia Sims moved from Newark, New Jersey, to Spokane with her husband, James Sims, an Army Air Force soldier stationed at Geiger Airfield. At the end of the war, the Sims family decided to remain in Spokane. For 10 years they lived in the Garden Springs housing project, a complex in west Spokane inhabited primarily by former military families. There they raised their sons, James McCormick and twins Ron and Donald. Lydia Sims’s political views were strongly influenced by racial discrimination, which she vehemently opposed. In the 1960s, as a student at Eastern Washington University, she participated in a movement to desegregate schools in Cheney, Washington. Later, she served on the state’s Human Rights Coalition, the League of Women Voters, the Human Rights Council, and the Washington State Advisory Committee of the U.S. Civil Rights Commission.In the late 1960s, she became personnel director of the Spokane Community Action Council, an agency that managed Head Start and various community centers. In 1975 she became the city’s affirmative action specialist, and in 1976 joined the newly established Spokane City Affirmative Action Department. She was eventually appointed human resources director for the city of Spokane, the first African American department manager in that city’s history. In this position Sims helped African Americans, women, and other minority groups find opportunities in Spokane’s job market. In the 1980s, Sims became the first African American female branch president of the Spokane National Association for the Advancement of Colored People (NAACP).After serving in the military, James Sims, who had a bachelor’s degree from Lincoln University and a master’s in history from Gonzaga University, applied for a position with the Washington state Office of Community Development. Although he excelled in the civil service exam for the position, the state denied Sims the job. Sims enlisted the help of renowned Spokane civil rights attorney Carl Maxey and sued the state. He won the case and was employed as a state social worker. He later worked with state employees as a union organizer.In the 1950s, James Sims served as a minister at the Calvary Baptist Church, and in the mid-1960s, he became pastor of the New Hope Baptist Church. In 1956 Sims was elected president of the Spokane NAACP, replacing James Chase. As president, he often publicly criticized the city for its reluctance to hire African Americans. Sims also exposed restaurants, hotels, automobile repair shops, and banks for not hiring blacks. On March 19, 1969, the Spokane Community Action Council elected Sims president partly because of his year long campaign to get city agencies to hire African Americans.After James Sims’s death in the 1990s, Lydia Sims retired to Edmonds, Washington, and continued her advocacy. In 2000, with her son, King County Executive Ron Sims, she co-launched the Healthy Aging Partnership, an information and assistance line for the elderly at the Central Area Senior Center in King County. Lydia Sims died on June 23, 2012. Research more about this great American event and share it with your babies. Make it a champion day! 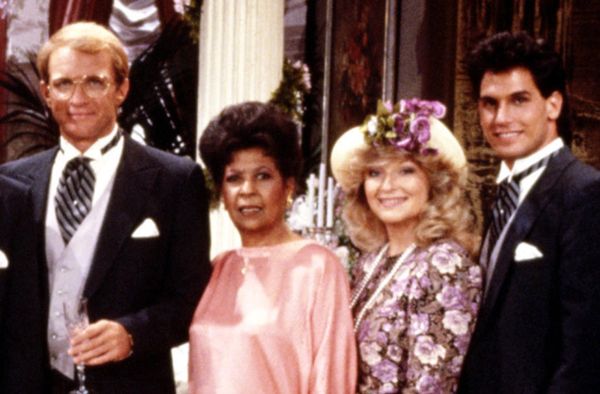 GM – FBF – Today’s American Champion was an American television actor, known for originating the role of Mamie Johnson in the soap opera The Young and the Restless; she was the first black regular on the show. In a career that lasted from the 1960s until 2001, she also appeared in Sanford and had a recurring role in Dynasty.Today in our History – March 18, 1931 – Marguerite Ray is born.Actress, advocate, patron of the arts, beloved family member and friend, Marguerite Ray died last month in Los Angeles, CA, at the age of 89.Known best for the roles of Mamie Johnson on The Young and the Restless (1980-1990), Evelyn Lewis on Sanford (1980-81), and Jane Matthews on Dynasty (1989), she also made many on-screen appearances in numerous television series and films.Marguerite, the oldest of seven, was born in New Orleans to Walter and Jeannette Ray. She graduated from Oakland Technical High School in 1948. Continuing her education, she graduated from UC Berkeley in 1953 with a degree in Recreation and Theatre Arts.Soon thereafter Marguerite began working in the Bay Area, then moved to Europe serving as recreation and entertainment director with the U.S. Special Services in Germany, 1954-59.Upon returning to USA in 1965, she helped form the acting group, The Aldridge Players-West, which performed in San Francisco and toured the HBCUs.In 1969, she moved to Los Angeles where she landed many roles in theater, television, commercials, voice overs and modeling, working with the Inner City Cultural Center, then focusing on freelance performance work until her retirement in the early 2000s.Over the years, Marguerite enjoyed traveling, patronizing the visual and performance arts, and serving on Boards of several advocacy groups, notably Kwanza Foundation, Jenesse Center, and The Actors Fund. Her many experiences afforded her a circle of close friends. Research more about this great American Champion and share it with your babies. Make it a champion day! 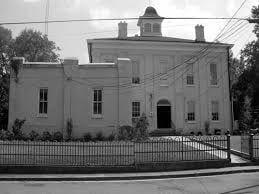 GM – FBF – Today’s American Champion event was a mass attack upon a group of African Americans in the courthouse room or on the courthouse grounds that left ten dead and another thirteen deaths resulting from wounds. The trouble began in January 1886 when two brothers, Ed and Charley Brown, half-black and half-American Indian, were delivering molasses to a local saloon in Carrollton, the county seat. They bumped into and spilled molasses upon the clothing of Robert Moore, a white man said to be from Greenwood. An argument ensued and was quickly resolved, but the matter did not end there. A month later, Moore told his friend James Monroe Liddell, a Carrollton attorney and a Greenwood newspaper editor, about the incident. Liddell would deal with the Browns on behalf of his friend.Today in our History – March 17, 1886 – The Carroll County Courthouse Massacre. The Carroll County Courthouse Massacre occurred on March 17, 1886 in Carrollton, the county seat of Carroll County, Mississippi. An incident from earlier in the year led to the bloodshed in March that left twenty-three people dead.The events leading up to the massacre began in January when brothers Ed and Charley Brown, who were part Native American and black, spilled molasses they were delivering to a saloon on a white man named Robert Moore. The matter was quickly resolved without incident after Moore confronted the Brown brothers. Still, Moore mentioned the matter to his friend and Carrollton attorney James Liddell, who decided to handle the matter on his own.On February 12, 1886, Liddell confronted the Brown brothers and accused them of intentionally spilling the molasses on Moore. An argument ensued, but bystanders intervened before the confrontation became physical. Later that evening, Liddell confronted the brothers a second time after he heard they were talking negatively about him. This time, the argument ended with shots fired and all three men wounded, though not seriously.Though no one knows who fired the first shot, the Brown brothers pressed charges against Liddell for attempted murder. The whites in Carrollton were not pleased that a black person would actually had the audacity to charge a white person with a crime.On March 17, 1886, the day of the trial, over fifty armed white men stormed the courtroom and opened fire on the Brown brothers and the other blacks in attendance. Some blacks tried to escape by jumping out the second floor windows but were shot by armed white men waiting outside the courthouse. Both Brown brothers were killed along with twenty-one other blacks during the massacre. It is unknown how many others died later from bullet wounds. All victims of the Carroll County massacre were black; no whites were injured.No one was ever arrested or charged with the murders. Mississippi governor Robert Lowry stated that the “riot” was perpetrated by and was the result of the “conduct of the Negroes.” People across the United States expressed outrage and demanded an investigation once they read newspaper reports about the atrocity. However, local or state authorities never conducted an investigation. President Grover Cleveland also denied a request for federal action from former U.S. Senator Blanche K. Bruce. Besides newspaper reports, there are few written accounts of the massacre. The massacre is rarely discussed and remains a “cold case” to this day. Research more about this great American Tragedy and share it with your babies. Make it a champion day!