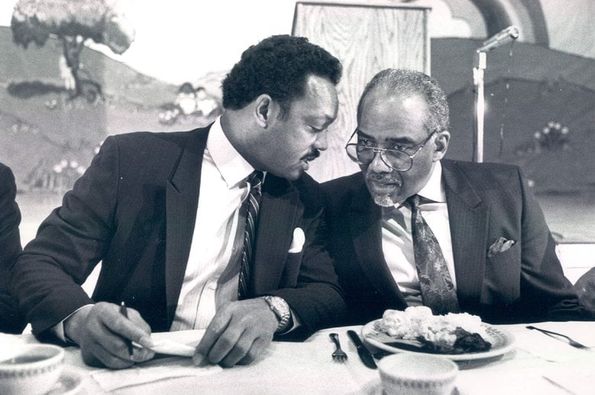 GM – FBF – Today’s American Champion was an American Christian pastor and Civil Rights leader. He was the pastor of Mount Zion Baptist Church in Seattle for four decades. He attended the Selma to Montgomery marches in 1965, and he served on the Seattle Human Rights Commission.Samuel B. McKinney was born on December 28, 1926 in Flint, Michigan. He grew up in Cleveland, Ohio, where his father, Wade Hampton McKinney, was a pastor.McKinney graduated from Morehouse College in 1949. He earned a divinity degree from Colgate Rochester Crozer Divinity School in 1952.The Rev. Dr. Samuel Berry McKinney, 91, a civil-rights leader; pastor emeritus at Mount Zion Baptist Church, Seattle; and supporter of American Baptist Home Mission Societies’ publishing ministry, Judson Press, died April 7 at an assisted-living center in Seattle. He was married to the late Louise (Jones) McKinney for 59 years.He was pastor at Mount Zion Baptist Church for more than 40 years before retiring in 1998. Under his leadership, the congregation grew from 800 to more than 2,500, making Mount Zion the largest black church in Washington state. In 2014, several blocks near the church were renamed “Rev. Dr. S. McKinney Avenue.” He was the first black president of the Church Council of Greater Seattle and a founding member of the National Black Caucus of American Baptist Churches USA. He was known for mentoring aspiring young pastors throughout the United States.At the forefront of advocacy, McKinney was co-founder and first president of the Seattle Opportunities Industrialization Center for vocational training and adult skills development. He was a founding member of the Seattle Human Rights Commission, which won passage of the city’s first fair-housing act. He led construction of the Samuel Berry McKinney Manor for the elderly and working poor. In addition to other civic projects, McKinney helped to launch the city’s first black-owned bank; founded a daycare center and kindergarten; and initiated a scholarship fund.A charter member of the Samuel DeWitt Proctor Conference—a nonprofit organization that engages African-American faith leaders in social justice issues—the group honored him with its “Beautiful Are Their Feet” award in 2006 for his significant contributions to social justice.In the 1960s, McKinney participated in civil-rights demonstrations in Seattle and across the United States, including the Selma-to-Montgomery voting rights march in 1965. In 1961, the Rev. Dr. Martin Luther King Jr. visited Seattle at the request of McKinney, his college classmate. McKinney was arrested for protesting apartheid outside the South African consulate in Seattle in 1985. At age 86, McKinney continued to address injustice, speaking at a prayer vigil for Trayvon Martin, an unarmed African-American teen who was fatally shot in Florida in 2012.“We have not reached heaven yet,” McKinney said. “We do not live in a nonracist society. …We have to tell the truth, whether we like it or not.”Born Dec. 28, 1926, he was a son of the late Rev. Wade Hampton McKinney and Ruth (Berry) McKinney.McKinney served in the Air Force during World War II. He earned a doctorate of ministry degree and master of divinity degree at what is now known as Colgate Rochester Crozer Divinity School, Rochester, N.Y., and a bachelor’s degree from Morehouse College, Atlanta.A faithful supporter of Judson Press, McKinney received the Judson Press Ministry Award in 2009. He co-authored “Church Administration in the Black Perspective,” a classic reference manual that remains popular. It was one of two books published in 1976 that launched Judson Press’ acclaimed genre of books for the African-American church.Judson Press will contribute 2018 proceeds from the sales of the revised edition of the book to the “Friends of Judson,” a fund that provides practical resources to graduating seminarians.“In addition to his writing for Judson Press, Dr. McKinney maintained a long and continuous relationship with members of the board of directors, executive directors and staff of ABHMS,” says ABHMS and Judson Press Executive Director Dr. Jeffrey Haggray. “Sitting beside Dr. McKinney during the National Black Caucus dinner during the recent Mission Summit in Portland was my last occasion for conversation and fellowship with Dr. McKinney. His mind was sharp, and his dedication to American Baptist mission and ministry remained strong. We will miss him dearly.” McKinney began his ministry in Providence, Rhode Island, where he was the pastor of Olney Street Baptist Church from 1955 to 1958. He moved to Seattle, Washington, where he served as the pastor of Mount Zion Baptist Church from 1958 to 1998, and from 2005 to 2008.McKinney invited Civil Rights leader Martin Luther King Jr. to Seattle in 1961, and he attended the Selma to Montgomery marches in 1965. He served on the Seattle Human Rights Commission. He was also a co-founder of Liberty Bank, “the first black-owned bank in Seattle.”With Floyd Massey Jr., McKinney co-authored Church Administration in the Black Perspective. According to The Los Angeles Times, ” The book outlined the need for strong, charismatic ministers in urban black churches and remains an important reference work in church organization.”McKinney married Louise Jones; they had two daughters.McKinney died on April 7, 2018. Research more about this great American and share it with your babies. Make it a champion day!