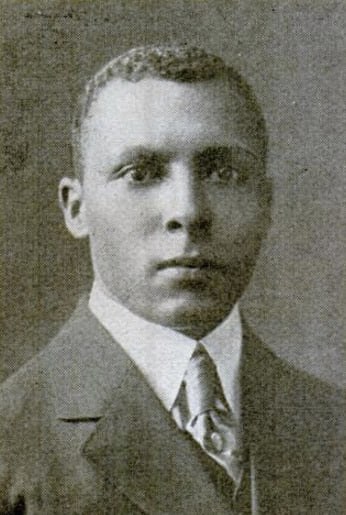 GM – FBF – Today’s American Champion was an African-American activist notable for being a Baptist missionary for the YMCA, then a Communist working with Paul Robeson, and finally a staunch anti-Communist who complimented the government of apartheid-era South Africa for that part of their program.He was a mentor of Govan Mbeki, who later achieved distinction in the African National Congress. He served as the second president of the National Negro Congress, a coalition of hundreds of African-American organizations created in 1935 by religious, labor, civic and fraternal leaders to fight racial discrimination, establish relations with black organizations throughout the world, and oppose the deportation of black immigrants. Along with Paul Robeson, he co-founded the International Committee on African Affairs in 1937, later the Council on African Affairs.Today in our History – April 11, 1975 – Max Yergan dies.Max Yergan was born on July 19, 1892, in Raleigh, North Carolina in his grandfather’s house to mother Lizzie Yeargan, daughter of Frederick Yeargan. Fred was the source of inspiration for much of Max Yergan’s life, as a board member at Shaw Institute and a member of the Baptist church in Raleigh, as well as a man deeply interested in his African heritage. Yergan attended St. Ambrose Episcopal Parish School as a child, and then moved on to attend Shaw University in both the preparatory and college branches. It was there at Shaw that Yergan discovered the YMCA, and in 1916, he joined a missionary trip to India, a trip that would greatly affect the rest of his adult life. Yergan came to South Africa in 1920 as a missionary for the YMCA. He was the first African-American to do YMCA work in South Africa. As a YMCA activist he was interested in improving social work in the nation and this influenced the founding of the Jan H. Hofmeyr School of Social Work. As a whole his experiences in South Africa radicalised him to the point he came to desire a more radical direction for the YMCA than it was willing to accept. He failed to radicalise the YMCA and resigned from the organisation in 1936. Two years earlier, in 1934, he had “allegedly [become] a Marxist after making a trip to the Soviet Union.” On his return to the United States, Yergan became the first African-American faculty member ever hired at one of New York City’s public colleges, City College of New York, teaching the course “Negro History and Culture” in the fall of 1937.It was the first time this course was offered within the City Colleges of New York. During the Rapp-Coudert hearings, informers reported that his class was “liberal and progressive.” Yergan was denied re-appointment and dismissed for his politics. The Cold War led him to become disillusioned with Communism and ultimately to become strongly hostile to Communism. In 1948, Yergan was ousted as the director of Council on African Affairs following disputes with other members, causing his turn to the right.In 1952, he spoke against Communism on a visit to South Africa at the Bantu Men’s Social Center in Johannesburg, claiming the main anti-apartheid group, the African National Congress was controlled by the South African Communist Party. In 1955, Yergan again visited South Africa where he praised apartheid and denied that South African blacks were suffering from apartheid. The same year, he also visited the Portuguese colony of Angola, where he praised Portuguese rule as “just and efficient”.In 1961, Yergan become president of the American Committee for Aid to Katanga Freedom Fighters (ACAKFF), a conservative group that lobbied the United States to recognise Katanga. Yergan was recruited by a conservative activist Marvin Liebman who founded the ACAKFF and wanted a black man as its president to offset charges of racism as Katanga was known to be a sham.Yergan claimed that the Congolese government had been taken over by Communists and praised the Katangan men for wanting to “defend themselves, their wives, their children and places of work”.Despite his claims, most of the soldiers fighting for Katanga were not Katangans, but rather white mercenaries from Europe, South Africa, Southern Rhodesia and the United States. The mercenaries who known to the Congolese as “les affreux” (“the frightful ones”) on account of their brutality to blacks. In 1962, Yergan wrote a letter to the Secretary of State, Dean Rusk, expressing his fury that the United States had denied Moïse Tshombe a visa to visit the United States while the Kennedy administration had “ceremoniously welcomed…Nikita Khrushchev, Fidel Castro, the late Patrice Lumumba, and Holden Roberto”. In 1964, Yergan praised aspects of the South African governments “separate development” plan. In 1966, he became co-chairman together with William Rusher of the conservative American-African Affairs Association, which lobbied the United States to recognize the white supremacist government of Rhodesia.The driving force and dominant personality behind the American Committee for Aid to Katanga Freedom Fighters and the American-African Affairs Association was Liebman, and notably both groups had virtually identical letter-heads, the same mailing lists, the same boards, and the same address in New York, 79 Madison Avenue, which was also the headquarters of Marvin Liebman Associates.The public relations firm of Liebman Associates had been hired by the Rhodesian government to improve its image in the United States. In 1966, Yergan together with George Schuyler went on a trek across Rhodesia organized by Liebman and reported he had seen no evidence of any racism by the Rhodesian government towards the black majority. Yergan died on April 11, 1975, in Mount Kisco, New York, a little over three months before his eighty-third birthday. Due to his changing ideals throughout his life, he lacked all but a few close friends at the time of his death. Research more about this great American Champion and share it with your babies. Make it a champion day!