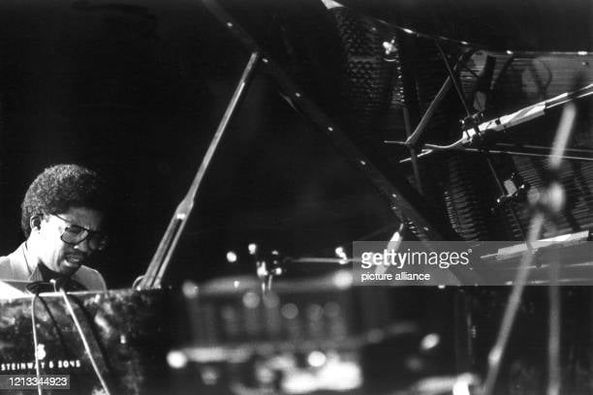 GM – FBF – Today’s American Champion is an American pianist, keyboardist, bandleader, composer, and actor. He started his career with Donald Byrd. He shortly thereafter joined the Miles Davis Quintet, where he helped to redefine the role of a jazz rhythm section and was one of the primary architects of the post-bop sound. In the 1970s, He experimented with jazz fusion, funk, and electro styles.His best-known compositions include the jazz standards “Cantaloupe Island”, “Watermelon Man”, “Maiden Voyage”, and “Chameleon”, as well as the hit singles “I Thought It Was You” and “Rockit”. His 2007 tribute album River: The Joni Letters won the 2008 Grammy Award for Album of the Year, only the second jazz album to win the award, after Getz/Gilberto in 1965.Since 2012, He has served as a professor at the University of California, Los Angeles, where he teaches at the UCLA Herb Alpert School of Music. He is also the chairman of the Thelonious Monk Institute of Jazz until 2019.Today in our History – April 12, 1940 – Herbert Jeffrey Hancock is born.At age 11 Hancock played the first movement of a Mozart concerto with the Chicago Symphony Orchestra. He formed his first band while a high school student. After graduating from Grinnell College in Iowa in 1960, he joined trumpeter Donald Byrd’s group and moved (1961) to New York City. There his clever accompaniments and straightforward soloing with bebop groups led to tours with Miles Davis (1963–68). The Davis quintet’s mid-1960s investigations of rhythmic and harmonic freedom stimulated some of Hancock’s most daring, arrhythmic, harmonically colourful concepts. Meanwhile, he recorded extensively in bebop and modal jazz settings, ranging from funky rhythms to ethereal modal harmonies; as a sideman on Blue Note albums and a leader of combos, he played original themes including “Maiden Voyage,” “Cantaloupe Island,” and “Watermelon Man,” which became a popular hit in Mongo Santamaria’s recording.In the 1970s, after playing in Davis’s first jazz-rock experiments, Hancock began leading fusion bands and playing electronic keyboards, from electric pianos to synthesizers. Compelling sound colours and rhythms, in layers of synthesizer lines, characterized jazz-funk hits such as “Chameleon,” from his best-selling Headhunters album (1973). Later dance hits by Hancock included “You Bet Your Love” (1979) and “Rockit” (1983).Meanwhile, he also composed music, both jazz-rock and straight-ahead jazz, for broadcast commercials, television, and films such as Blow-Up (1966), Death Wish (1974), and Round Midnight (1986); for the last one he won an Academy Award. Since the mid-1970s he has played acoustic piano in jazz projects, played duets with Chick Corea, and performed in combos with former Davis associates and trumpeters such as Freddie Hubbard and Wynton Marsalis.Interest in Hancock’s Blue Note catalog was renewed in 1993 when a sample of “Cantaloupe Island” appeared in Us3’s international hit “Cantaloop (Flip Fantasia).” In 1998 he reunited his Headhunters group, and the turn of the millennium saw the launch of a number of collaborative projects. On Future 2 Future (2001), Hancock teamed with jazz legend Wayne Shorter and some of the biggest names in techno music to produce a beat-filled fusion of jazz and electronic music. His next project, Possibilities (2005), was a venture into pop music with such guest performers as Stevie Wonder, Paul Simon, and Santana.Hancock added to his already extensive Grammy collection with a pair of awards—including album of the year—for his Joni Mitchell tribute River: The Joni Letters (2007). In 2011 he won yet another Grammy with The Imagine Project (2010), a covers album that featured guest performances by Pink, Jeff Beck, and John Legend, among others. In 2013 Hancock was named a Kennedy Center honoree. Research more about this great American Champion and share it with your babies. Make it a champion day!