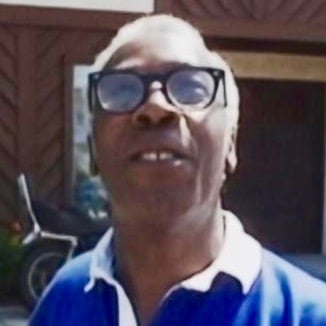 GM – FBF – Today’s American Champion, if not for injustice, he would likely not be a figure in history. But after being wrongfully convicted of killing his seven children and spending 21 years in prison, the Florida fruit picker was exonerated by special prosecutor Janet Reno on April 25, 1989.On Oct. 25, 1967, his wife, Annie, had asked neighbor Bessie Reece to serve the children their lunch while she and her husband were at work. Reece laced the beans and rice with an insecticide called parathion that left the children, aged 2 to 11, foaming at the mouth and dead within minutes.Today in our History – April 25, 1989 – James Joseph Richardson is exonerated after 21 years in Prison.The police suspected Richardson of killing his children after learning that he had met with a life insurance agent with whom he’d discussed getting policies for the entire family. During trial, the jury was not told that it was the salesman who had initiated the meeting or that Richardson could not afford to buy life insurance at all.The day after the incident, Reece, who babysat the children periodically, told the police that she had seen a bag of the poison in the Richardsons’ shed. The jurors also weren’t told that she was on parole for the shooting death of her second husband and had been suspected of killing her first with poisoning.Making matters worse, in exchange for a reduction in their own sentences, three convicts claimed that Richardson, in a jail-house confession to them, claimed that he’d killed the children because his wife had engaged in an affair with Reece.Richardson was convicted after less than two hours of deliberation and sentenced to the electric chair. Four years later, the U.S. Supreme Court ruled the death penalty to be unconstitutional, so Richardson was given a sentence of 25 years to life.In 1988, lawyers for Richardson, armed with affidavits stating that Reece had confessed her crime to a nursing home employee as well as evidence that prosecutors had suppressed evidence during the trial, Reno was assigned to investigate the case, which led to Richardson’s exoneration. He was released from prison on May 5, 1989.Forty-six years after James Richardson was wrongfully convicted and sentenced to death for the poisoning deaths of his seven children, and 21 years after he was freed, he is finally eligible for compensation from Florida for his time behind bars.Gov. Rick Scott on Friday signed a bill (HB 227) into law that makes inmates in Richardson’s situation eligible for state compensation. The group is so narrowly defined by the law that Richardson may be the only former inmate affected.Now 78 and living in Wichita, Kan., Richardson is expected to be eligible for $1.2 million.“Today the restoration of James Jones Richardson’s rights begins,” said Richard Pinsky, the public policy manager for the Akerman law firm, which volunteered to represent Richardson. Pinsky said he has been trying to reach Richardson with the news. “I know he is going to be very happy.”Passed in the closing hours of this spring’s legislative session, the law provides compensation to a wrongfully incarcerated person who was convicted and sentenced before Dec. 31, 1979, and who is exempt from other state provisions for compensation because his case was reversed by a special prosecutor’s review rather than being overturned by a court.Richardson was a farmworker in the DeSoto County town of Arcadia when he was accused of poisoning his seven children with insecticide after they came home from school for a lunch of rice, beans and cheese. It was just a few days before Halloween in 1967.He was convicted in 1968 and spent 21 years in prison, including four on death row, before Gov. Bob Martinez ordered a special investigation in 1989. Miami-Dade State Attorney Janet Reno, later a U.S. attorney general, concluded Richardson’s conviction was built on perjured testimony, concealed records and a failure to investigate evidence that a neighbor woman who babysat the children had killed them, and Reno issued a no-file, or nolle prosequi, in his case.For years lawyers and some lawmakers have been trying to get restitution for Richardson. Rep. Dave Kerner, D-Lake Worth, took up the cause last year and filed this year’s bill after being contacted by advocates at the Ackerman firm.“It’s pretty emotional, I think, for all the people involved over many years,” said Kerner after learning the governor had signed the bill. “It’s something you can look back on and say you did something.”Exactly how long it will take before Richardson sees any money isn’t known. However, Pinsky said the process of submitting an application to the Department of Legal Affairs for Richardson “will begin immediately.”Although Richardson was freed 25 years ago, he said the pain of his loss lingers. So do the nightmares stemming from his years behind bars.Richardson told The Palm Beach Post in Tallahassee this spring,“There’s not enough money in the whole world that can help me with the situation I’ve been through. Money is no good. Life is better than money.” Research more about this great America tragedy and share it with your babies.Make it a champion day!