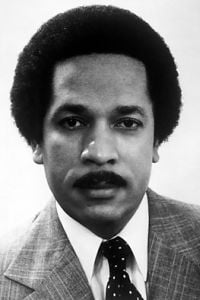 GM – FBF – Today’s American Champion was Max Robinson was born in Richmond, VA on May 1, 1939 to Maxie and Doris Robinson. His siblings are sisters Jewell and Jean, and brother Randall. In 1959, at the age of 20, Max Robinson beat out four white applicants for a position at a local TV station in Portsmouth, VA where he read the news on the air. There was just one catch: his face had to be hidden behind a slide bearing the station’s logo. “One night,” Clarence Page wrote in Chicago, “[Robinson] ordered the slide removed so his relatives could see him. He was fired the next day.Today in our History – May 1, 1939 – Max Robinson was born. When he moved to Washington, he was the first African-American anchor on a local television news program on WTOP-TV Channel 9 in 1969, and the first African-American anchor on a network television news program. During his three and a half years at WRC he won six journalism awards for his coverage of such events as the 1968 riots after civil rights leader Martin Luther King, Jr.’s assassination, the antiwar demonstrations, and the national election. It was during this time that Robinson won two regional Emmys for a documentary he did on black life in Anacostia titled The Other Washington.At WTOP, he was teamed with Gordon Peterson for 6:00 PM and 11:00 PM newscasts and the rest was history. There was such a rapport between Robinson and his viewers that when Hanafi Muslims took hostages at the Washington Mosque, they would only speak with Max Robinson. In 1978, when Roone Arledge was looking to revamp ABC News’ nightly news broadcast into World News Tonight, he remembered Max Robinson from a 60 Minutes interview, and hired him to be a part of his new three-anchor format: Frank Reynolds in Washington, Peter Jennings in London, and Robinson in Chicago. He became the first black man to anchor a nightly network news broadcast. Almost immediately, Robinson took it upon himself to fight racism at every turn and at whatever cost he thought necessary. He was constantly embroiled with his network bosses over the way news stories portrayed black America and how they neglected to reflect the black viewpoint. Robinson’s integrity as a journalist and his role as a leader in the fight against prejudice made him a mentor to many young black television journalists.Unfortunately, he never felt worthy of the admiration or satisfied with his accomplishments. It wasn’t long before friends and co-workers began to notice a significant change in his behavior. He became stubborn and moody, began showing up late for work or not at all, and his fondness for alcohol took on epidemic proportions. He had been married three times and fathered four children. Excerpted from AAP website: Management at ABC was getting frustrated with the image problems that Robinson was causing them. When they switched to a single anchor format, with the death of Frank Reynolds, Robinson was relegated to doing news briefs and anchoring the weekend news program.He left ABC in 1984 to become the first black anchor at WMAQ in Chicago. But it didn’t last, and he left WMAQ in ’85. Unfortunately, just when it appeared that he was about to put his life in order, he was hospitalized in Blue Island, Illinois, with pneumonia. It didn’t take doctors long to figure out the cause of his ailment. He kept his condition secret.It was thought that most news organizations knew already and decided to honor a fellow journalist’s privacy. To have AIDS at that time was to be a pariah. In some ways, it still is. But in 1988, it was much worse. In the fall of 1988, he traveled back to DC to give a speech at Howard University’s School of Journalism. Later that night, he became increasingly ill, and checked into Howard University Hospital.On the morning of December 20, 1988, Max Robinson passed away. The truth of his condition was finally revealed: he died from complications due to AIDS. Journalists from all corners came to his funeral in DC, The Reverend Jesse Jackson delivered the eulogy and his old partner Gordon Peterson said a few words. It was a beautiful service.Max Robinson deserves as much credit for his achievements in journalism as Edward R. Murrow or Frederick Douglass. But he’s fading from the collective memory. There are no books written about him. There are no documentaries or dramas made of his story. Yes, he was moody and temperamental. His drinking and bouts with depression got in the way of his work in later years. Sometimes the people who loved him were hurt by things he said or did. He made mistakes. And he died from AIDS. But that’s not all that he was. He took down the slide in 1959 so Portsmouth residents could see who had been delivering the news in such an eloquent fashion. He showed Washingtonians the other side of Washington with his documentary on Anacostia.He risked his life by agreeing to act as a negotiator during the hostage crisis at the Washington Mosque. He broke through the wall of racism by being the first time and time again. He mentored young black journalists who were coming through the door he had opened. He stood up and pointed out racism even in his own network when it would have been easier to just take the money and read the news. He tried to educate his children about their African heritage. He won numerous awards for his efforts and made things a whole lot easier for the African-American journalists of today. Research more about this great American Champion and share it with your babies. Make it a champion day!