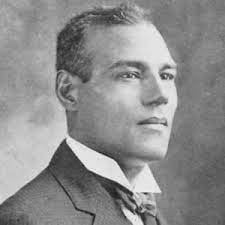 GM – FBF – Today’s American Champion was an American artist and founding president of the Charleston, South Carolina, branch of the National Association for the Advancement of Colored People. Because of his race, he was excluded from the whites-only artistic movement known as the Charleston Renaissance.Today in our History – May 10, 1931 – Edwin Augustus Harleston (March 14, 1882 – May 10, 1931) died.He was born in Charleston, South Carolina, on March 14, 1882. He was one of five surviving children of Louisa Moultrie Harleston and Edwin Gaillard Harleston, a prosperous former coastal schooner captain who owned the Harleston Funeral Home . His mother traced her lineage through several generations of free people of color, while his father was descended from a white planter and one of his slaves.Harleston won a scholarship to study at the Avery Normal Institute, from which he graduated as valedictorian in 1900. He went on to Atlanta University, where he studied chemistry and sociology and took courses with W. E. B. Du Bois, who became a lifelong friend. After graduating in 1904, Harleston stayed on for a year as a teaching assistant in both sociology and chemistry while planning the next step in his education. Although he was admitted to Harvard University, he decided instead to attend the Boston Museum of Fine Art’s school. There he studied under the painters William McGregor Paxton and Frank Weston Benson from 1905 to December 1912. Edwin also attended the Art Institute of Chicago over the summer.Harleston returned to South Carolina in 1913 to help his father run the funeral home, continuing to do so until 1931, the year both he and his father died. He became active in local civil rights groups and in 1917 rose to be president of Charleston’s newly formed branch of the NAACP. One campaign he led succeeded in getting the local public school system to hire black teachers.Harleston painted in a realist style that was influenced by both his Boston training and his wife Elise Forrest Harleston’s photographic work. He mostly painted portraits, often on commission, and his sitters included notables such as Grace Towns, who later became the first African-American woman elected to the Georgia General Assembly; philanthropist Pierre S. du Pont; and Edward Twitchell Ware, a former president of Atlanta University. He also painted genre scenes of the daily life of Charleston’s African-American citizens, especially its rising middle class, as well as landscapes of South Carolina Lowcountry. Out of step with the rising modernism of the 1920s, he saw himself as continuing in the tradition of Henry Ossawa Tanner by portraying black people and their lives realistically instead of as caricatures or stereotypes. Harleston was described by W. E. B. Du Bois as the “leading portrait painter of the race” even though his responsibility for helping to run the funeral home meant he could never devote himself to being a painter full-time.In 1920, Harleston married photographer Elise Forrest, with whom he opened a studio across the street from the funeral home. This studio, which had both workspace and a public gallery to promote their artwork, was the first such public art establishment for Charleston’s African-American citizens.Harleston often used Elise’s photographs as the basis of his paintings and drawings; one of his best-known works, Miss Sue Bailey with the African Shawl, is based on a photograph by Elise. A three-quarter length seated portrait in dark colors and muted light, the painting exemplifies Harleston’s commitment to portraying his sitters with dignity. Edwin was actually so pleased with the painting that he entered it in the 1930 Harmon Foundation Awards.Starting in 1930, Harleston helped artist Aaron Douglas paint his Symbolic Negro History murals for Fisk University; these are now considered among Douglas’s most important works. This project was completed in 1930, the year before Harleston died. In 1930, Harleston painted Douglas’s portrait with the unfinished mural in the background, typically emphasizing the sitter’s profession and character while avoiding any suggestion of the picturesque. This mural is vastly different from his usual painting style, which consisted of muted colors like those seen in the painting of Miss Sue Bailey with the African Shawl. The colors he used in the mural showcase a much more vibrant range of shade, which display his range as an artist, and they way he could adjust to work with other other artists.Harleston won a number of awards for his work, including the top prize in NAACP-sponsored contests in 1925 (A Colored Grand Army Man) and 1931 (Ouida) and the William E. Harmon Foundation’s Alain Locke Prize for portrait painting, also in 1931 (The Old Servant).Despite this modest success, Harleston was largely excluded from the dominantly white artistic circles of the Charleston Renaissance with which his work is today associated. Only writer Julia Peterkin, who won a Pulitzer Prize for her writing about African-American life, appears to have visited Harleston. Although writer DuBose Heyward based a character on him in his novel Mamba’s Daughters, it seems they never met in person. Racial prejudice and segregation thwarted several potential commissions and blocked a planned 1926 exhibition of his work at the Charleston Museum that had been organized by museum director Laura Bragg and promoted by the city’s mayor, Thomas Porcher Stoney.By 1930, the funeral home business was suffering from the Great Depression. Harleston undertook a series of lectures at black colleges to earn money.[4]In April 1931, Harleston’s father died of pneumonia, and Harleston himself (who is said to have kissed his dying father goodbye) succumbed to the same ailment less than a month later at the age of 49.Harleston’s paintings are in the collections of the Gibbes Museum of Art (Charleston), the Avery Research Center for African American History and Culture (Charleston), the Savannah (GA) College of Art and Design Museum of Art, and the California African American Museum.Harleston’s papers are held by the South Carolina Historical Society and Emory University’s Stuart A. Rose Manuscript, Archives, and Rare Book Library. Research more about this great American Champion and share it with your babies. Make it a champion day!