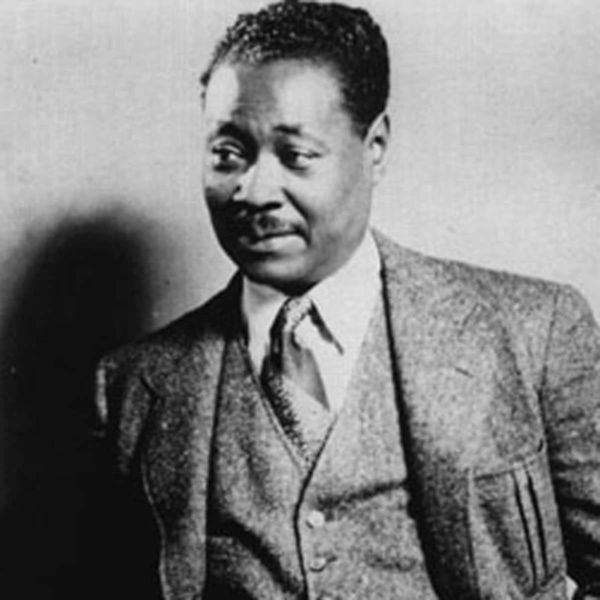 GM – FBF – Today’s American Champion was a Jamaican writer and poet, and was a central figure in the Harlem Renaissance. He wrote five novels: Home to Harlem (1928), a best-seller that won the Harmon Gold Award for Literature, Banjo (1929), Banana Bottom (1933), Romance in Marseille (published in 2020), and in 1941 a manuscript called Amiable With Big Teeth: A Novel of the Love Affair Between the Communists and the Poor Black Sheep of Harlem which remained unpublished until 2017. He also authored collections of poetry, a collection of short stories, Gingertown (1932), two autobiographical books, A Long Way from Home (1937) and My Green Hills of Jamaica (published posthumously in 1979), and non-fiction, a socio-historical treatise entitled Harlem: Negro Metropolis (1940).His 1922 poetry collection, Harlem Shadows, was among the first books published during the Harlem Renaissance. His Selected Poems was published posthumously, in 1953.He was attracted to communism in his early life, but he always asserted that he never became an official member of the Communist Party USA. However, some scholars dispute that claim, noting his close ties to active members, his attendance at communist-led events, and his months-long stay in the Soviet Union in 1922–23, which he wrote about very favorably. He gradually became disillusioned with communism, however, and by the mid-1930s had begun to write negatively about it. By the late 1930s his anti-Stalinism isolated him from other Harlem intellectuals, and by 1942 he converted to Catholicism and left Harlem, and he worked for a Catholic organization until his death.Today in our History – May 22, 1948 – Festus Claudius “Claude” McKay (September 15, 1889, – May 22, 1948) died.After attending Tuskegee Institute (1912) and Kansas State Teachers College (1912–14), McKay went to New York in 1914, where he contributed regularly to The Liberator, then a leading journal of avant-garde politics and art.The shock of American racism turned him from the conservatism of his youth. With the publication of two volumes of poetry, Spring in New Hampshire (1920) and Harlem Shadows (1922), McKay emerged as the first and most militant voice of the Harlem Renaissance. After 1922 McKay lived successively in the Soviet Union, France, Spain, and Morocco.In both Home to Harlem and Banjo (1929), he attempted to capture the vitality and essential health of the uprooted black vagabonds of urban America and Europe. There followed a collection of short stories, Gingertown (1932), and another novel, Banana Bottom (1933). In all these works McKay searched among the common folk for a distinctive black identity.After returning to America in 1934, McKay was attacked by the communists for repudiating their dogmas and by liberal whites and blacks for his criticism of integrationist-oriented civil rights groups. McKay advocated full civil liberties and racial solidarity.In 1940 he became a U.S. citizen; in 1942 he was converted to Roman Catholicism and worked with a Catholic youth organization until his death. He wrote for various magazines and newspapers, including the New Leader and the New York Amsterdam News. He also wrote an autobiography, A Long Way from Home (1937), and a study, Harlem: Negro Metropolis (1940). His Selected Poems (1953) was issued posthumously. Research more about this great American Champion and share it with your babies. Make it a champion day!