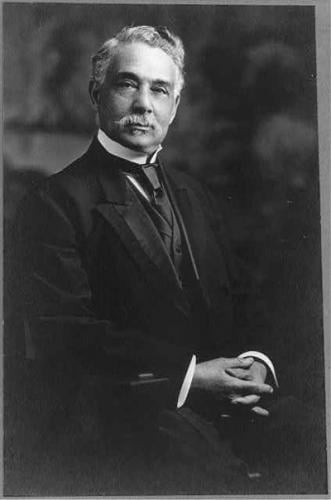 GM – FBF – Today’s American Champion was an American businessman, lawyer, politician, and civil rights leader from Nashville, Tennessee, who served as Register of the Treasury from 1911 to 1913.He is one of only five African Americans to have their signatures on American currency. He was one of four African-American politicians appointed to high position under President William Howard Taft, and they were known as his “Black Cabinet.” He was instrumental in founding civic institutions in Nashville to benefit the African-American business community and residents, including an emphasis on education.Today in our History – June 9, 1845 – James Carroll Napier (June 9, 1845 – April 21, 1940) was born.African American businessman and leader James C. Napier was born to free parents on June 9, 1845, in Nashville. His father, William Carroll, was a free hack driver and a sometime overseer. James attended the free blacks’ school on Line and High Street (now Sixth Avenue) with some sixty other black children until white vigilantes forced the school to close in 1856. He later attended school in Ohio after a December 1856 race riot ended black education in Nashville until the Union occupation in February 1862.Upon returning to the Union-held city of Nashville, Napier became involved in Republican Party politics. John Mercer Langston, an Ohio free black who became a powerful Republican politician and congressman, was a friend of Napier’s father. On December 30, 1864, Langston visited Nashville to speak to ten thousand black Union troops who had taken part in the recent and victorious battle of Nashville and to address the second Emancipation Day Celebration. He later invited Napier to attend the newly opened law school at Howard University in Washington, D.C., where he was a founding dean. After receiving his law degree in 1872, Napier returned to practice in Nashville. In 1873 he married Dean Langston’s youngest daughter, Nettie. This wedding was the biggest social event in nineteenth-century black Washington.Between 1872 and 1913 Napier became Nashville’s most powerful and influential African American citizen. Between 1878 and 1886 he served on the Nashville City Council and was the first black to preside over the council. He was instrumental in the hiring of black teachers for the “colored” public schools during the 1870s, the hiring of black “detectives,” and the organization of the black fire-engine company during the 1880s. His greatest political accomplishment was his service as President William H. Taft’s Register of the United States Treasury from 1911 to 1913.Napier also was a successful businessman and a personal friend of Booker T. Washington, whose wife Margaret was a personal friend of Nettie Langston Napier and often spent two or more weeks each summer at the Napier’s Nolensville Road summer home.Washington visited the city several times a year until his death in 1915. Napier was elected president of the National Negro Business League, which Washington had founded. The league held several of its annual meetings in Nashville, and Napier organized a local chapter of the league in 1905. He was a founder and cashier (manager) of the One Cent (now Citizens) Savings Bank organized in 1904, and he gave the new bank temporary quarters rent-free in his Napier Court office building at 411 North Cherry Street (now Fourth Avenue). He helped organize the 1905 Negro streetcar strike and the black Union Transportation Company’s streetcar lines. He presided over the powerful Nashville Negro Board of Trade and was on the boards of Fisk and Howard universities. Upon his death on April 21, 1940, Napier was interred in Greenwood Cemetery near members of his family and members of the Langston family. Research more about this great American Champion and share it with your babies. Make it a champion day!