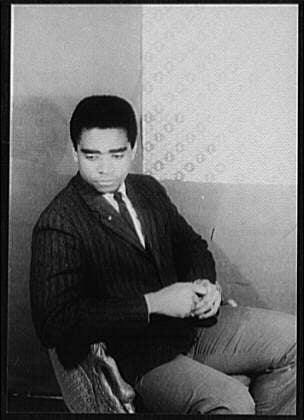 GM – LIF – Today’s American Champion is an American operatic tenor, and was the first African-American tenor to perform a leading role at the Metropolitan Opera in New York City.Today in our History – June 24, 1954 – George Irvin Shirley marries Gladys Lee Ishop.Shirley was born in Indianapolis, Indiana, and raised in Detroit, Michigan. He earned a bachelor’s degree in music education from Wayne State University in 1955 and then was drafted into the Army, where he became the first Black member of the United States Army Chorus. He was also the first African American hired to teach music in Detroit high schools.After continuing voice studies with Therny Georgi, he moved to New York and began his professional career as a singer. His debut was with a small opera group in Woodstock as Eisenstein in Strauss’s Die Fledermaus in 1959, and his European debut in Italy as Rodolfo in Puccini’s La bohème.In 1960, at 26, he won a National Arts Club scholarship competition, and the following April he was the first Black singer to win the Metropolitan Opera National Council Auditions scholarship competition. Shirley is the first Black tenor and the second Black male to sing leading roles for the Metropolitan Opera. He sang there for 11 seasons.Shirley has also appeared at The Royal Opera, London; the Deutsche Oper Berlin; the Teatro Colón in Buenos Aires; the Dutch National Opera in Amsterdam; Opéra de Monte-Carlo; the New York City Opera; the Scottish Opera; the Lyric Opera of Chicago; the Washington National Opera; the Michigan Opera Theatre; the San Francisco Opera; and the Santa Fe Opera and Glyndebourne Festival summer seasons, as well as with numerous orchestras in the United States and Europe. He has sung more than 80 roles.He was on the faculty of the University of Maryland from 1980 to 1987, when he moved to the University of Michigan School of Music, Theatre & Dance, where he was Director of the Vocal Arts Division. He currently serves as the Joseph Edgar Maddy Distinguished University Professor of Music, and still maintains a studio at the schoolShirley’s recording of Ferrando in Mozart’s Così fan tutte won a Grammy Award. He has three times been a master teacher in the National Association of Teachers of Singing Intern Program for Young NATS Teachers, and taught for ten years at the Aspen Music Festival and School. Shirley produced a series of programs for WQXR-FM radio in New York on Classical Music and the Afro-American and hosted a four-program series on WETA-FM radio in Washington, D.C. called Unheard, Unsung. Shirley has been awarded honorary degrees by Wilberforce University, Montclair State College, Lake Forest College, and the University of Northern Iowa. He is a National Patron of Delta Omicron, an international professional music fraternity.Shirley is a member of Phi Mu Alpha Sinfonia and was named a Signature Sinfonian in 2013, an award recognizing exceptional accomplishment in that brother’s chosen field. In 2015, Shirley received the National Medal of Arts, bestowed upon him by US President Barack Obama, and in 2016, he was a recipient of the Lifetime Achievement Award from the National Opera Association at their annual conventionShirley was born on April 18, 1934 in Indianapolis, Indiana. At age four Shirley began performing at church in a musical trio with his parents, Daisy and Irving Shirley, and at age five he won a local talent competition. Irving Shirley went to work for the auto industry in Detroit, Michigan, moving the family there in 1940.During his school years Shirley studied voice at Detroit’s Northern High School, and then won a scholarship to Wayne State University. After graduating in 1955 with a Bachelor of Science degree in Music Education, Shirley became the first black high school music teacher in Detroit, Michigan. Shirley married Gladys Lee Ishop on June 24, 1956, the same year he was drafted into the Army. The couple had two children, Olwyn and Lyle.Before making his debut with the Met in October 1961, Shirley continued his musical education at the Tanglewood Music Center, and at Boris Goldovsky’s opera summer school. His first public operatic debut in 1959 was with a small opera company in Woodstock, New York, where Shirley sang the leading role of Eisenstein in Johann Strauss’s Die Fledermaus. The next year Shirley won the American Opera Auditions and was invited to sing in Italy. He made his European debut in the fall of 1960 at Milan’s Teatro Nuovo in the role of Rodolfo in Puccini’s La Bohème.In a music career that lasted more than 50 years, Shirley sang leading roles in over 80 operas at major opera houses all over the world. In 1968 Shirley received a Grammy Award for singing the role of Ferrando in Mozart’s opera Così fan tutte, a recording that also featured opera greats Leontyne Price, Sherrill Milnes, and Tatiana Troyanos.In 1980 Shirley was asked to teach voice at the University of Maryland, where in 1985 he received their Distinguished Scholar-Teacher Program award. Upon moving back to his hometown of Detroit in 1987, Shirley became a professor of voice at the University of Michigan, a position he held until his retirement in 2007.During his career Shirley received numerous other awards, among which have been the “Lift Every Voice” Legacy Award from the National Opera Association (2003), honorary degrees from The New England Conservatory of Music, Lake Forest College, the University of Northern Iowa, Montclair State College, and Wilberforce University in Ohio, and the Doctor of Humane Letters Degree from Wayne State University (2013).The George Shirley Voice Scholarship was established at the University of Michigan in 2008. As the Joseph Edgar Maddy Distinguished Emeritus Professor of Music (Voice) School at the University of Michigan, George Shirley is still teaching master classes and offering individual classes. Research more about this great American Champion and share it with your babies. Make it a champion day!