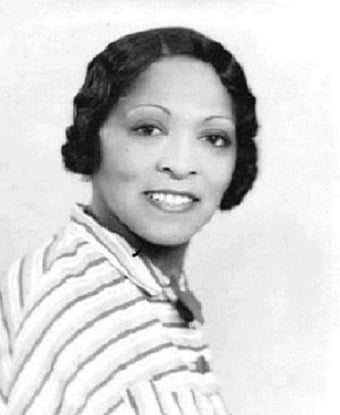 GM – FBF – Today’s American Champion was the first African American teacher and principal hired in the Los Angeles public school system.Today in our History – August 26, 1968 – Bessie Bruington Burke (March 19, 1891 – August 26, 1968) died.Bessie Bruington Burke’s parents left Kansas in a covered wagon in 1887, settling in North Hollywood, California. Their daughter would become Los Angeles’s first African American teacher, and the first African American principal.Burke attended local public schools, and graduated in 1911 from the Los Angeles State Normal School, which would ultimately become UCLA. At the time of her graduation Los Angeles schools were segregated and there were no African American teachers. Driven by her passion for education, Burke scored well on the Teacher’s Exam, placing 7th out of 800 test takers. Her high scores and pressure from the community led to her being hired. She received a placement at 51st Street School, later renamed Holmes Elementary, the first school built in a black neighborhood. She taught for eight years, and was promoted to principal, and went on to serve as principal of four schools. Burke’s career spanned 44 years until she retired in 1955. In an LA Times article, a former student recalls, “Mrs. Burke used to make us toe the line. She was one of those principals who didn’t have to say much. She would just look at you. You weren’t even allowed to giggle in the hall.”In addition to her work as a teacher and administrator, Burke volunteered for a number of civic organizations and was active in the community. She passed away in 1968, and is buried in Angelus Rosedale Cemetery; her tombstone simply lists her name beneath the word “Educator.”Bessie Burke is associated with the Historic Resources Associated with African Americans in Los Angeles Multi-Property Submission (MPS). It was approved and listed on the National Register of Historic Places on March 17, 2009. Research more about this great American Champion and share it with your babies. Make it a champion day!