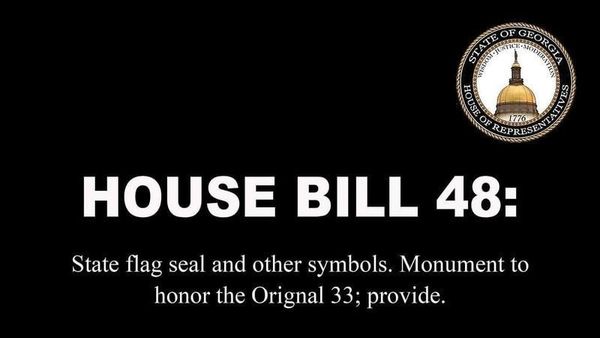 GM – FBF – Today’s American Champion event was were the first 33 African-American members of the Georgia General Assembly who were elected to office in 1868, during the Reconstruction era. They were among the first African-American state legislators in the United States. Twenty-four of the members were ministers.After most of the legislators voted for losing candidates in the legislature’s elections for the U.S. Senate, the white majority conspired to remove the black and mixed-ethnicity members from the Assembly. Most of the black delegates to the state’s post-war constitutional convention voted against including into the constitution the right of black legislators to hold office, a vote which Rep. Henry McNeal Turner came to regret.The members were expelled by September 1868. The ex-legislators petitioned the federal government and state courts to intervene. In White v. Clements (June 1869), the Supreme Court of Georgia ruled 2-1 that black people did have a right to hold office in Georgia. In January 1870, commanding general of the District of Georgia Alfred H. Terry began “Terry’s Purge”, removing ex-Confederates from the General Assembly, replacing them with Republican runners-up and reinstating the black legislators, resulting in a Republican majority in both houses. From that point, the General Assembly accomplished the ratification of the 15th Amendment, chose new senators to go to Washington, and adopted public education.The work of the Republican majority was short-lived, after the “Redeemer” Democrats won majorities in both houses in December 1870. The Republican governor, Rufus Bullock, after trying and failing to reinstate federal military rule in Georgia, fled the state. After the Democrats took office they began to enact harsh recriminations against Republicans and African Americans, using terror, intimidation, and the Ku Klux Klan, leading to disenfranchisement by the 1890s. One quarter of the black legislators were killed, threatened, beaten, or jailed. The last African-American legislator, W. H. Rogers, resigned in 1907. Afterwards, no African American held a seat in the Georgia legislature until civil rights attorney Leroy Johnson, a Democrat, was elected to the state senate in 1962.The 33 are commemorated in the sculpture Expelled Because of Color on the grounds of the Georgia State Capitol.Today in our History – September 1, 1868 – The “Original 33” were seated in the General Assembly of Georgia.At that time, each State Senator in Georgia represented a single-member district made up of three contiguous counties, numbered from 1 to 44. Population was not considered when drawing State Senate districts. Each State Representative in Georgia represented a county, with counties having between one and three representatives depending on population.In 1976, the Original 33 were honored by the Black Caucus of the Georgia General Assembly with a statue that depicts the rise of African-American politicians. It is on the grounds of the Georgia State Capitol in Atlanta.The “Expelled Because of Their Color” monument is located near the Capitol Avenue entrance of the Georgia State Capitol. It was dedicated to the 33 original African-American Georgia legislators who were elected during the Reconstruction period. In the first election (1868) after the Civil war, blacks were allowed to vote. But even though former slaves could now vote, there was no law that allowed black representatives to hold office. So, the 33 black men who were elected to the General Assembly were expelled. The construction of this monument was funded by the Black Caucus of the Georgia General Assembly, a group of African-American State representatives and senators who are committed to the principles and ideals of the Civil Rights Movement organized in 1975. The Georgia Legislative Black Caucus commissioned the sculpture in March 1976 (Boutwell). John Riddle, the Sculptor of this monument, was also a painter and printmaker known for artwork that acknowledged the struggles of African-Americans through history.— Carlisa SimonInscribed on the base of Riddle’s sculpture are the names of the 33 black pioneer legislators of the Georgia General Assembly elected and expelled in 1868 and reinstated in 1870 by an Act of Congress.The Georgia Legislative Black Caucus continues to hold annual events honoring the Original 33. Research more about this great American Champion event and share it with your babies. Make it a champion day!