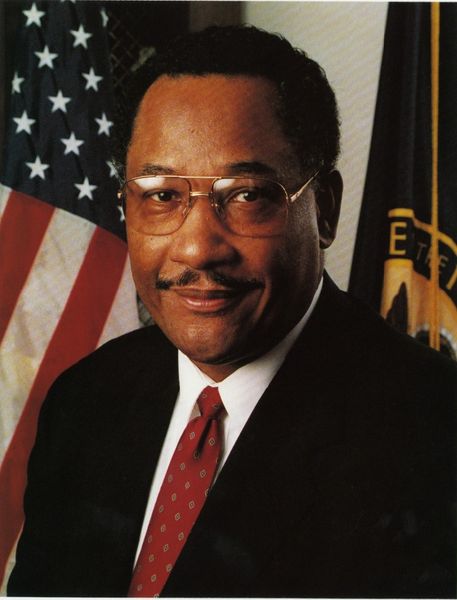 GM – FBF – Today’s American Champion was known as “The Father of Community Policing,” became the first African American Mayor of Houston, Texas in 1997.Today in our History – October 4, 1937 – Lee Patrick Brown is born in Wewoka, Oklahoma.The first African American Mayor of Houston, Texas, Lee Patrick Brown was born on October 4, 1937, in Wewoka, Oklahoma. His parents, Andrew and Zelma Brown were small farmers. A high school athlete, Brown started his professional life as a police officer in San Jose, California in 1960.That same year, he graduated from Fresno State University with his B.S. degree in criminology. In 1964, Brown earned a master’s degree in sociology from San Jose State University where he became assistant professor in 1968. At the University of California, Berkeley, he earned his master’s degree in criminology in 1968 and his PhD in 1970.Brown became chairman and professor of the Department of Administration of Justice at Portland State University in 1968. In 1972, he was appointed associate director, Institute of Urban Affairs and Research and professor of Public Administration and director of Criminal Justice programs at Howard University. In 1974, Brown was named Sheriff of Multnomah County, Oregon, and in 1976, director of the Department of Justice Services. As public safety commissioner of Atlanta, Georgia, from 1978 to 1982, Brown and his staff cracked the Atlanta Child Murders case.As Houston, Texas’ chief of police, from 1982 to 1990, Brown developed Neighborhood Oriented Policing, a program employing community policing techniques. From 1990 to 1992, he was police commissioner of New York City. President Clinton appointed Brown director of the White House Office of National Drug Policy or “Drug Czar”, a cabinet level position from 1993 to 1996.After spending some time teaching at Texas Southern University and Rice University, Brown was elected mayor of Houston, Texas, in 1998. As mayor, he was able to build the Metro light rail system, attract a new NFL team, and expand his philosophy of neighborhood oriented government.A founder of the National Organization of Black Law Enforcement Executives (NOBLE), Brown has organized around the needs of African American police executives. Today, Brown is chairman and CEO of Brown Group International, which uses the extensive expertise of its founder to develop solutions to complex problems in public safety, homeland security, crisis management, government relations, international trade, and other concerns.The father of four grown children with his late wife, Yvonne, Brown now lives with his wife Frances in Houston. Research more about this great American Champion and share it with your babies. Make it a champion day!