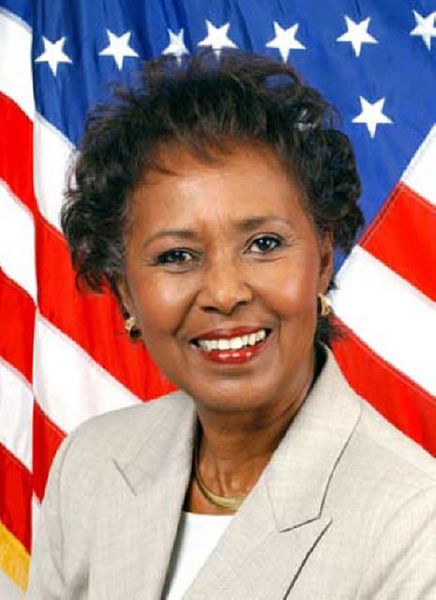 GM –FBF –Today’s American Champion an American politician and lawyer from California. She was the first African-American woman to represent the West Coast in Congress. She served in the U.S. Congress from 1973 until January 1979. She was the Los Angeles County Supervisor representing the 2nd District (1992–2008). She has served as the Chair three times (1993–94, 1997–98, 2002–03). Her husband is William Burke, a prominent philanthropist and creator of the Los Angeles MarathonIn 1973, she became the first member of the U.S. Congress to give birth while in office, and she was the first person to be granted maternity leave by the Speaker of the U.S. House of Representatives.She currently serves on the Board of Directors of Amtrak, having been appointed to the position by President Barack Obama in 2012.Today in our HISTORY – OCTOBER 4, 1932 – Yvonne Burke was born.Burke was born on October 5, 1932, in Los Angeles, California. She earned a B.A. in political science from the University of California at Los Angeles and a juris doctorate from the University of Southern California Law School. After graduating, she found that no law firms would hire an African-American woman and so began her own private practice. In addition, she served as the state’s deputy corporation commissioner and as a hearing officer for the Los Angeles Police Commission. In 1965, after the Watts riots in Los Angeles, Burke played a key role in organizing the legal defense for those charged in the riots, and was appointed to the McCone Commission, which was charged with determining the cause of the riots.Burke began her political career as a member of the California State Assembly, representing Los Angeles’ 63rd District from 1966 to 1972. In 1972, Burke served as vice-chairperson of the 1972 Democratic National Convention, the first African-American to hold that position. She served in the U.S. House of Representatives, representing California’s 37th District from 1973 to 1975 and the 28th District from 1975 to 1979. She did not seek re-election to Congress in 1978, instead running for California attorney general, losing in the general election. In 1979, she was appointed to fill a vacancy on the L.A. County Board of Supervisors for District 4, but was defeated in her bid for a full term in 1980 and returned to practicing law. In 1992, Burke ran for and won a seat on the L.A. County Board of Supervisors for District 2, serving until her retirement in 2008. Research more about this great American Champion and share it with your babies. Make it a champion day!