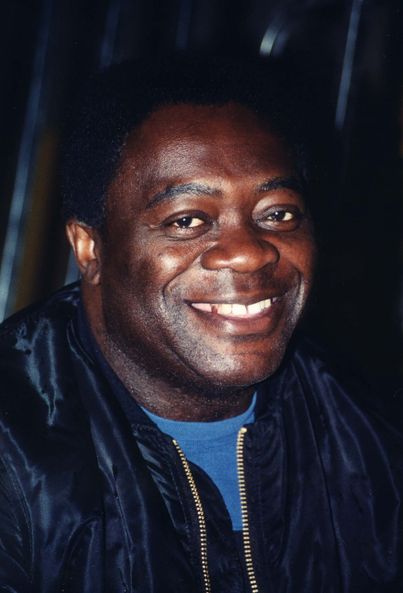 GM – FBF– Today’s American Champion was an American actor known for numerous film roles, as well as starring in the NBC television series Homicide: Life on the Street (1993–1999) as Lieutenant Al Giardello. His films include the science-fiction/horror film Alien (1979), and the Arnold Schwarzenegger science-fiction/action film The Running Man (1987). He portrayed the main villain Dr. Kananga/Mr. Big in the James Bond movie Live and Let Die (1973). He appeared opposite Robert De Niro in the comedy thriller Midnight Run (1988) as FBI Agent Alonzo Mosley.Today in our History – November 15, 1939 – Yaphet Frederick Kotto is born.Kotto was born in New York City. His mother was Gladys Marie, an American nurse and U.S. Army officer of Panamanian and West Indian descent. His father was Avraham Kotto (according to his son, originally named Njoki Manga Bell), a businessman from Cameroon who emigrated to the United States in the 1920s. The couple separated when Kotto was a child, and he was raised by his maternal grandparents. His father was born Jewish and his mother converted to Judaism.By the age of sixteen, Kotto was studying acting at the Actors Mobile Theater Studio, and at 19, he made his professional acting debut in Othello. He was a member of the Actors Studio in New York. Kotto got his start in acting on Broadway, where he appeared in The Great White Hope, among other productions.His film debut was in 1963, aged 23, in an uncredited role in 4 For Texas. He performed in Michael Roemer’s Nothing But a Man (1964) and played a supporting role in the caper film The Thomas Crown Affair (1968). He played John Auston, a confused Marine Lance Corporal, in the 1968 episode, “King of the Hill”, on the first season of Hawaii Five-O.In 1967 he released a single, “Have You Ever Seen The Blues” / “Have You Dug His Scene” (Chisa Records, CH006).In 1973 he landed the role of the James Bond villain Mr. Big in Live and Let Die, as well as roles in Across 110th Street and Truck Turner. Kotto portrayed Idi Amin in the 1977 television film Raid on Entebbe. He starred as an auto worker in the 1978 film Blue Collar.The following year he played Parker in the sci-fi–horror film Alien. He followed with a supporting role in the 1980 prison drama Brubaker. In 1983, he guest-starred as mobster Charlie “East Side Charlie” Struthers in The A-Team episode “The Out-of-Towners”. In 1987, he appeared in the futuristic sci-fi movie The Running Man, and in 1988, in the action-comedy Midnight Run, in which he portrayed Alonzo Moseley, an FBI agent.A memo from Paramount indicates that Kotto was among those being considered for Jean-Luc Picard in Star Trek: The Next Generation, a role which eventually went to Patrick Stewart. Kotto was cast as a religious man living in the southwestern desert country in the 1967 episode, “A Man Called Abraham”, on the syndicated anthology series, Death Valley Days, hosted by Robert Taylor. In the story line, Abraham convinces a killer named Cassidy (Rayford Barnes) that Cassidy can change his heart despite past crimes. When Cassidy is sent to the gallows, Abraham provides spiritual solace. Bing Russell also appeared in this segment.Kotto retired from film acting in the mid-1990s, though had one final film role in Witless Protection (2008). However, he continued to take on television roles. Kotto portrayed Lieutenant Al Giardello in the long-running television series Homicide: Life on the Street.He has written the book Royalty and also wrote scripts for Homicide. In 2014, he voiced “Parker” for the video game Alien: Isolation, reprising the role he played in the movie Alien in 1979.Kotto’s first marriage was to a German immigrant, Rita Ingrid Dittman, whom he married in 1959. They had three children together before divorcing in 1976. Later, Kotto married Toni Pettyjohn, and they also had three children together, before divorcing in 1989. Kotto married his third wife, Tessie Sinahon, who is from the Philippines, in 1998.Kotto said his father “installed Judaism” in him.In 2000, he was living in Marmora, Ontario, Canada.He died on March 15, 2021, at the age of 81 near Manila, Philippines. No cause of death was given. Research more about this great American Champion and share it with your babies. Make it a champion day!