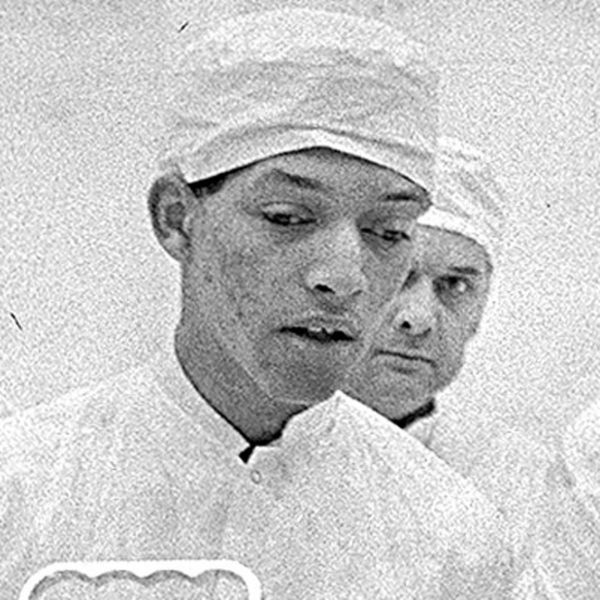 GM – FBF – Toda’s American Champion were often; greatness is determined by the times in which one finds oneself. For our champion, growing up in the earliest stages of the space race, he like most other boys was fascinated with space travel. Unlike most of those boys, he would ultimately go on to make some of the greatest contribution to ever benefit the space program.Today in our History – December 26, 2020 – George Carruthers dies.George Carruthers was born on October 1, 1939 in Cincinnati, Ohio.His father was a civil engineer while his mother was a homemaker. The family lived in Milford, Ohio and George was an avid science fiction reader and constructed model rockets with help and encouragement from his father. He also had an interest in astronomy and at age 10, built his first telescope with a cardboard tube and a lens he purchased through mail-order. When his father passed away suddenly, the family moved to his mother’s hometown of Chicago, Illinois. There George spent a lot of time in the Chicago libraries and museums and in the Adler Planetarium He joined various science clubs and was a member of the Chicago Rocket Society. He read with particular interest about the space exploits of the Naval Research Laboratory in Washington, DC and upon graduating from Englewood High School in 1957, he enrolled in the University of Illinois.Carruthers stayed at the University of Illinois for seven years, receiving a Bachelor of Science degree in Aeronautical Engineering in 1961, a Master’s degree in Nuclear Engineering in 1962 and a Ph.D. in Aeronautical and Astronomical Engineering in 1964 (his thesis focused on atomic nitrogen recombination). In his own words, “[W]hen I was in college, I was undecided whether to pursue aerospace engineering or astronomy as my major, so I decided to take courses in both of them.” While doing his graduate work, he also worked as a research and teaching assistant, working with plasma and gases. Upon finishing his Ph.D., he immediately accepted a position with the Naval Research Laboratory (NRL) as a Research Physicist in 1964, having received a fellowship in Rocket Astronomy from the National Science Foundation.Upon joining the NRL, Carruthers focused his attention on far ultraviolet astronomy, observing the Earth’s upper atmosphere and other astronomical phenomena. In 1966, he became a research assistant at the NRL’s E.O. Hulburt Center for Space Research where he began research on ways to create visual images as a means for understanding the physical elements of deep space. He particularly focused on creating a device to analyze and illuminate ultraviolet radiation. His belief was “[T]he far ultraviolet… is of great importance to the astronomer because it allows the detection and measurements of common elements (hydrogen, oxygen, nitrogen, carbon, and many others) in their cool, unexcited state… This allows more accurate measurements of the compositions of interstellar gas, planetary atmospheres, etc..The ultraviolet also conveys important information on solid particles in interstellar space… and provides for much more accurate measurements of the energy output of very hot stars…”. In 1969, Carruthers received a patent for his invention the “Image Converter for Detecting Electromagnetic Radiation Especially in Short Wave Lengths” which detected electromagnetic radiation in short wave lengths.Further extending his his research, he was the principle inventor of the Far Ultraviolet Camera/Spectrograph which would ultimately be used on the Apollo 16 mission to the moon. Ultraviolet (UV) light is the range of electromagnetic radiation that lies between visible light and X-Rays. UV light, thus allows us to take readings of and understand objects and elements in space that are unrecognizable to the naked eye. The 50 lbs., gold-plated camera system was able to record radiation existing in the upper half of the ultraviolet system of the atmosphere. The camera allowed views of stars and celestial bodies and looks into the solar system thousands of miles away, as well as of the earth. A second version of the camera was sent on the 1974 SkyLab space flight to study comets (it would be used to observe Halley’s, West’s and Kohoutek’s comets). One of the great uses of the camera was to permit a viewer to visually see the effects of pollution on the atmosphere. The camera also was able, for the first time, to detect hydrogen in space, which gave an indication that plants were not the only source of oxygen for the Earth and led to a renewed debate about the origin of stars.George Carruthers has continued to offer innovation in the areas of astronomy and physics and has been active in outreach programs seeking to bring science to youth around the country. He has been lauded for his efforts and achievements. He was named Black Engineer of the Year in 1987, awarded the Arthur Fleming Award in 1971, the Exceptional Achievement Scientific Award from NASA in 1972, the Warner Prize in 1973 and was inducted into National Inventors Hall of Fame in 2003. His success is primed to lead to greater achievements by those who follow in his footsteps in the future. Carruthers passed away on December 26, 2020, at a hospital in Washington Research more about this great American Champion and share it with your babies. Make it a champion day!