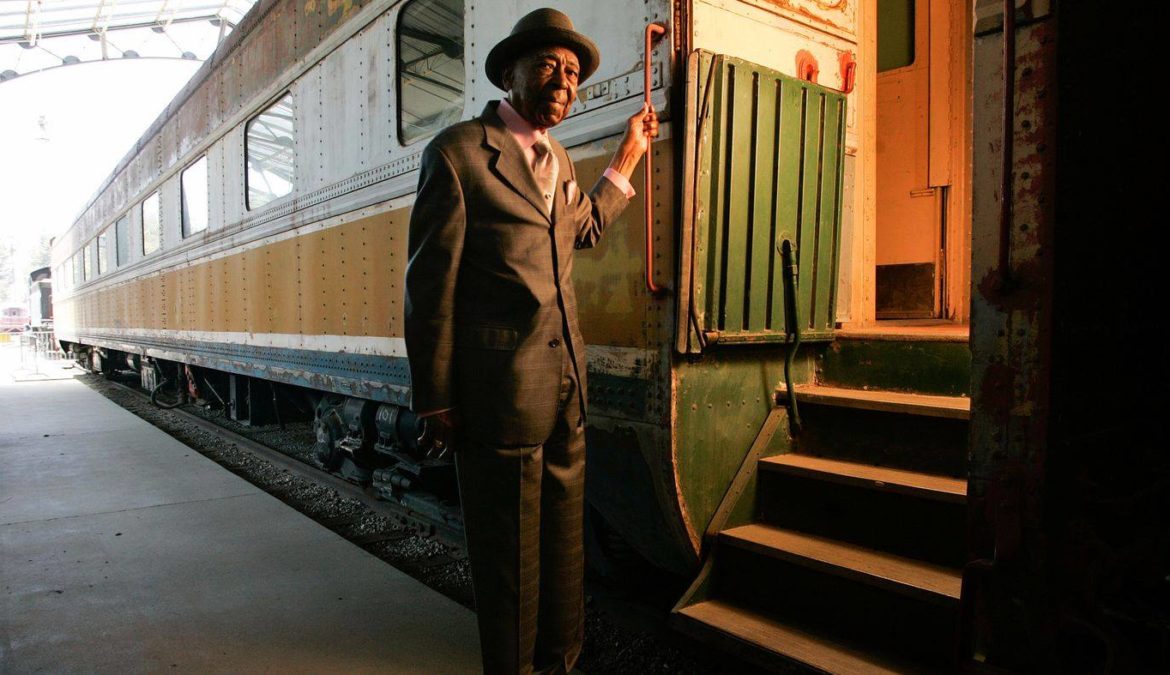 GM – FBF – You give workers only as much as they basically need to survive. Thriving is something that management should do and that workers don’t have a right to do.

At 101 years old, Lee Wesley Gibson of Keatchie, Louisiana is the oldest surviving member of the Brotherhood of Sleeping Car Porters. Gibson served as a pullman porter for 38 years. Back in the day, the job of pullman porter was considered a middle-class position, something Gibson, who was raised by a poor single mom, took pride in.

As a teenager, Gibson migrated with his mother and sibling to Marshall, Texas. At first he desired a career in tailoring, but couldn’t afford secondary trade school. He took odd jobs in Los Angeles to make ends meet before getting the chance to work as a pullman porter in 1936 at the recommendation of his church deacon.

Equipped with the unique style and poise that a pullman porter must have, Gibson was hired on the spot.

Like many porters, Gibson would rub arms with celebrities like Duke Ellington, Cab Calloway, and Louis Armstrong. Armstrong would catch Gibson’s train often after leaving his Vegas performances and the two would have many conversations.

Gibson retired from working in 1974, though the pullman porters were discontinued in 1968. At the centennial age of 100, Gibson is a picture of health. He doesn’t take any medication except vitamin C, has decent vision and still drives a car. Outliving his first wife and son, Gibson has an 85-year-old girlfriend and three daughters, ranging from 65-78 years old.

Though he didn’t attend tailoring school, Gibson still managed to sew his daughter’s school uniforms and formal dresses. His family has described him as a supportive father and grandfather. Now his daughters take care of their father.

His life as a Pullman Porter is immortalized in photos at the A. Phillip Randolph Pullman Porter Museum in Chicago. Research more about the black sleeping car Pullman porters this American story ad share with your babies. Make it a champion day! I will be facilitating a sales training class all this week and will not be able to answer any posts. Make it a champion day!