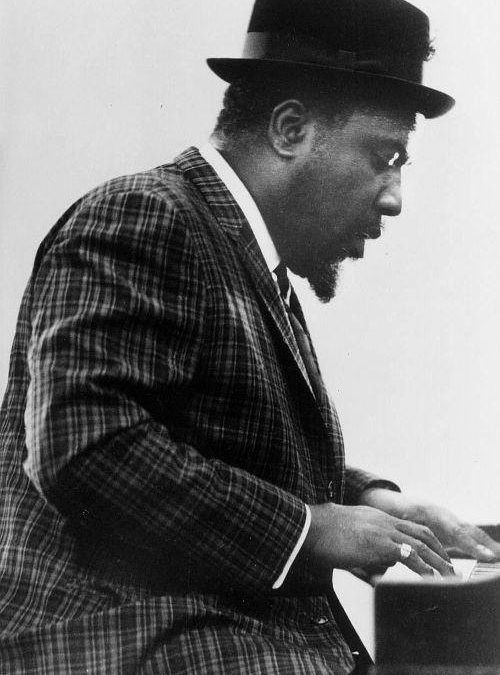 GM – FBF – I say, play your own way. Don’t play what the public want ? you play what you want and let the public pick up on what you doing ? even if it does take them fifteen, twenty years. – Thelonious Monk

Remember – I don’t conside myself a musician who has achieved perfection and can’t develop any further. -,Thelonious Monk

Today in our History – February 28, 1964 -Jazz pianist and composer Thelonious Monk was a giant of American music. On Feb. 28, 1964, he was featured on the cover of Time magazine, which also included a feature article titled “The Loneliest Monk.”

Born on Oct. 17, 1917, in Rocky Mount, North Carolina, Monk at age four moved with his parents to New York City and began studying classical piano at age 11. He won so many amateur competitions at the famed Apollo Theater, biography.com reports, that he was ultimately banned from participating in the weekly contest. At 16, he left high school to pursue his passion.

Though critically acclaimed and respected among his peers, Monk, who’s sound was “innovative, technically demanding, and extremely complex,” did not achieve real success until he began recording and performing with the esteemed John Coltrane. In 1962, he got his first major label contract with Columbia Records and two years later was on the cover of Time.

“Monk’s lifework of 57 compositions is a diabolical and witty self-portrait, a string of stark snapshots of his life in New York,” wrote the magazine’s music critic Barry Ferrell. “Changing meters, unique harmonics and oddly voiced chords create the effect of a desperate conversation in some other language, a fit of drunken laughter, a shout from a park at night.”

Monk is believed to have struggled with mental illness. After several years in seclusion, he died from a stroke on Feb. 7, 1982. He was posthumously inducted into the Grammy Hall of Fame and has been featured on a postage stamp.

Four years after his death, the Monk family and the late musical philanthropist Maria Fisher created the Thelonious Monk Institute of Jazz, which focuses on “identifying the music’s new voices, honoring its present and past masters, and making the jazz aesthetic available and comprehensible in concert halls and classrooms around the world.” In addition, the foundation hosts a prestigious international jazz competition each year. Research more about this great American and share with your babies. I will be speaking at Marietta High School in Marietta, GA. and will not be able to respond to any posts. Make it a champion day!