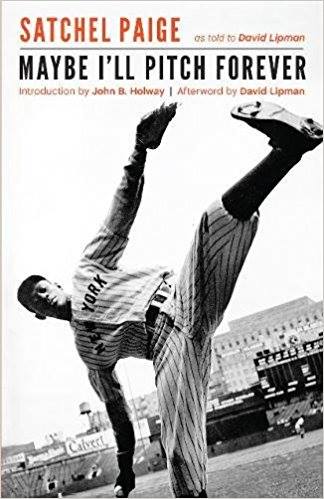 GM – FBF – Lawnside, NJ was developed and incorporated as the first independent, self-governing black municipality north of the Mason-Dixon Line in 1840. Many of my family still live in and all around the surrounding towns of Lawanside and living in Trenton it was a treat to visit family because we spent days in that community and I have met many of the best during that time. So think of the stars in every field coming to this community because it was safe from white oppression during the 40’s, 50’s and 60’s. I saw, met, talked to and learned from many who were passing through on the way to Philadelphia, Atlantic City,New York City and right in our backyard of Cherry Hill, NJ where the famed Latin Casino was a show place . My brother and I played catch with Mr. Paige in the summer of ’63 and I will never forget his words of knowledge that helped me in my future basball career in Jr. HS, HS, College and the Minor Leagues. There is so much to his story that I can’t tell it all but enjoy some of the hilights.

Remember – “They said I was the greatest pitcher they ever saw…I couldn’t understand why they couldn’t give me no justice.” – Leroy Robert Paige

The mere idea that his birthday is an estimate provides perfect evidence to the mystery that was Satchel Paige. In 1965, 60 years after Paige’s supposed birthday, he took the mound for the last time, throwing three shutout innings for the Kansas City Athletics.

His pitching was amazing and his showboating was legendary. His career highlights span five decades. Pronounced the greatest pitcher in the history of the Negro Leagues, Paige compiled such feats as 64 consecutive scoreless innings, a stretch of 21 straight wins, and a 31-4 record in 1933. For 22 years, Paige mauled the competition in front of sellout crowds. Sure, he liked the attention, but to him, there was only one goal. That goal would be to pitch in the Major Leagues.

In 1948, Paige’s dream came true. The Cleveland Indians were in need of extra pitching for the pennant race. Legendary Bill Veeck tested Paige’s accuracy before offering him a big league contract. As the story is told, Veeck placed a cigarette on the ground to be used as a home plate. Paige took aim at his virtually nonexistent target. He fired five fastballs, all but one sailing directly over the cigarette. Veeck was indeed pleased, and Paige helped the Indians win the pennant.

In addition to Cleveland, Paige played for St. Louis and Kansas City. When his Major League career was completed, he compiled a modest 28-31 record with a 3.29 ERA. He also served as coach for the Atlanta Braves in 1968. What made Paige so memorable was his longevity in the game. The main reason his age was so difficult to track was his seemingly endless success. He rarely answered questions about his age, and when he did, he replied with something like: “Age is a question of mind over matter. If you don’t mind, it doesn’t matter.”

In 1971, Leroy “Satchel” Paige was given the ultimate honor, he was elected to join the very best in baseball history in the Hall of Fame.

Paige’s showmanship, athleticism, and personality attracted both white and black audiences. He proved that black athletes could compete with and beat their white counterparts, helping pave the way for fellow African Americans to join Major League Baseball. Research more about this great American hero and share with your babies. Make it a champion day!