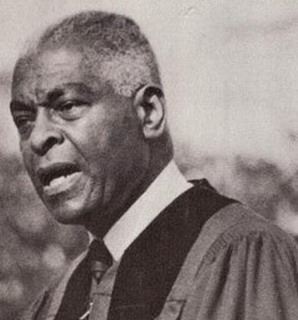 GM – FBF – Today, I would like to share with you, a man who was considered to be one of America’s best educatuers. Dr. Benjamin Elijah Mays was a giant in the Christian ministry and American education. He is remembered for his outstanding leadership and service as a teacher, preacher, mentor, scholar, author and activist in the civil rights movement.

Remember – “It isn’t a calamity to die with dreams unfulfilled, but it is a calamity not to dream.” – Benjamin E. Mays

Born August 1, 1894 near Epworth, South Carolina, he was a Phi Beta Kappa graduate of Bates College in Maine. He served as pastor of Shiloh Baptist Church from 1921-1923 in Atlanta, Georgia. Recruited by Morehouse President John Hope, Mays would join the faculty as a mathematics teacher and debate coach. He obtained a master’s degree in 1925 and in 1935 a Ph.D. degree from the University of Chicago. In 1934, he was appointed dean of the School of Religion at Howard University and served until 1940.

He became president of Morehouse College in 1940 and launched a 27-year tenure that shepherded the institution into international prominence. He upgraded the faculty, secured a Phi Beta Kappa chapter and sustained enrollment during wartime America. His most noted forum was Tuesday morning Chapel in historic Sale Hall, where he challenged and inspired the students to excellence in scholarship and in life itself. One of Morehouse’s most distinguished graduates, Dr. Martin Luther King Jr. ’48, remembers Dr. Mays as his “spiritual mentor” and “intellectual father.”

Upon his retirement, he served as president of the Atlanta Board of Education from 1970 to 1981.Throughout his educational career, he would receive 56 honorary degrees, including a posthumously awarded degree from Columbia University. He published nearly 2000 articles and nine books.

In 1926, he married Sadie Gray, a teacher and social worker, who died in 1969. Dr. Mays died in 1984. Research more about this great Amerivan and share with your babies. Make it a champion day!