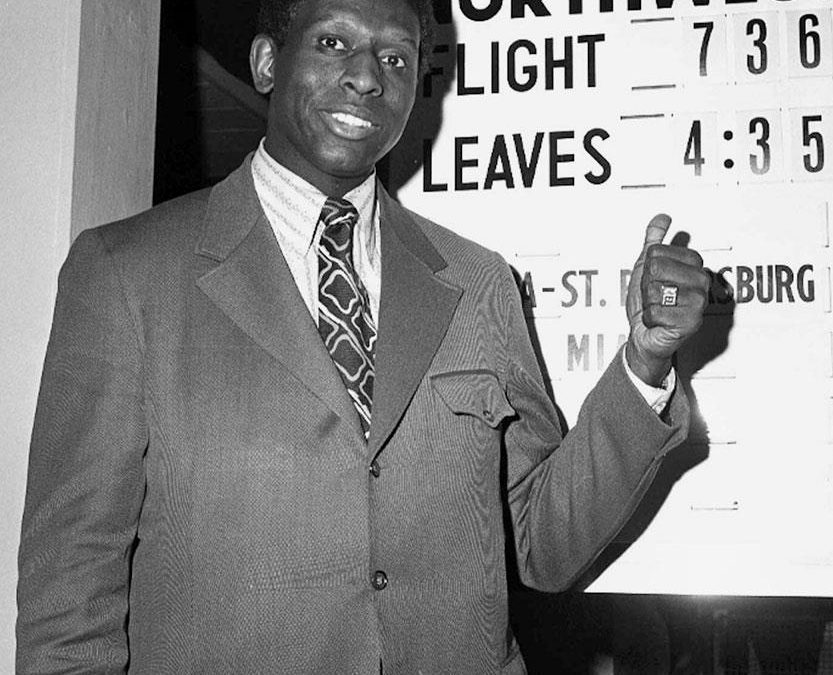 GM – FBF – Today’s story is a man who was a trailblazer because he did what no other had done before him. He was the first Black man to play in the NBA and the sad thing about it a lot of basketball players who are playing or watching the professionals, college or High Schools never heard of him.

The excuse is that basketball wasn’t as popular back then as it is now but that is no excuse for not knowing who paved the way for the rest. Learn and enjoy and pass the story on.

Remember – “Here I am, a young black kid — from kindergarten right through graduating from college, I never had a white classmate. And you’re born and raised in the den of segregation; you’ve been treated third-class all your life. So you tend to believe that you’re inferior. And when you walk into a pro training camp … the first thing you ask yourself, very quietly, [is] ‘Do I belong here?’ And at training camp, where it’s on, and you start scrimmaging these guys and playing against them, you know — then the bulb lights up, and tells you that you belong.”- Earl “Big Cat” Lloyd

Earl “Big Cat” Lloyd, who broke color barriers on the basketball court, is being remembered for more than the game following his death this week at the age of 86.
“The one thing that I think we all really realize when we had the opportunity to meet Earl Lloyd is that, more than a basketball player, he was a great human being. He was a true gentleman,” said Brian Hemphill, president of West Virginia State University.

“The best teachers I ever had were those guys,” Lloyd said of his State teams during a guest appearance last year on MetroNews “Hotline.” “They took care of me and I said, ‘Look, this is a once in a lifetime shot, so you better do the best you can.’”

His best got him to the NBA. Lloyd said he found out the Washington Capitols had drafted him from a classmate who stopped him on the Institute campus to tell him that she’d heard it on the radio.

“The NBA family has lost one of its patriarchs,” Adam Silver, NBA commissioner, said in a statement. “Earl Lloyd, the first African-American to play in an NBA game, was as inspirational as he was understated. He was known as a modest gentleman who played the game with skill, class and pride.”

Lloyd’s first 1950 game for the Washington Capitals was scheduled ahead of those for Sweetwater Clifton and Chuck Cooper, two other black men who were drafted the same year as Lloyd.

“We had an opportunity to have him back on campus last year and really acknowledge him and thank him for all that he gave West Virginia State, but also all that he gave for anyone that he ever encountered,” Hemphill said.

Several NBA stars were part of the event. “They all acknowledged and paid tribute to the person who started it all, who opened the door for each of them,” said Hemphill on Friday’s MetroNews “Talkline.”

Research more about Black Basketball Athletes and share with your babies. Make it a champion day!