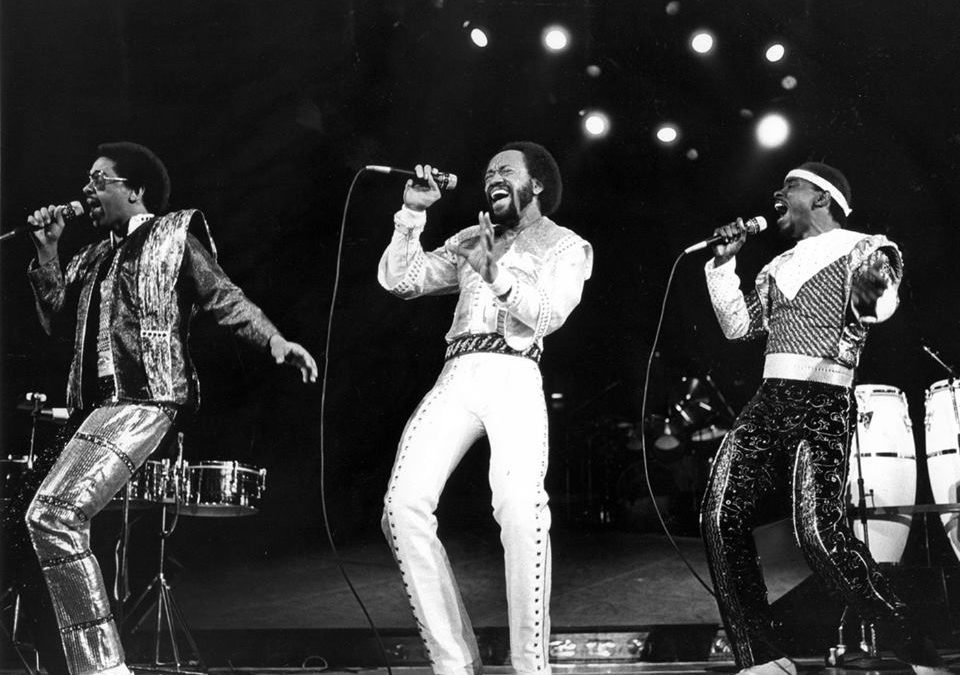 GM – FBF – I always enjoy telling any story about my beloved New Jersey, born in Camden, raised in Trenton and owned property in Trenton, Willingboro and Edgewater Park. My family members still reside in Mercer, Burlington, Camden and Atlantic Counties. Today’s story has a link in Willingboro to the famed track family of the Lewis’s. We know of Carl and Sister Carol who passed on Trenton Central High School for the ‘boro. Did you know that their mother Evelyn Lawler Lewis, attended Tuskegee on a track-and-field scholarship, and competed for the U.S. at the 1951 Pan American Games? Injuries prevented her participation in the 1952 Olympics; at that time she was one of the top three hurdlers in the world. She taught school, coached sports, developed physical education programs, and co-founded the Willingboro Track Club (Burlington, NJ) in 1969. Today’s story is about her Track Coach at Tuskegee. Enjoy!

Remember – “Over my career I taught toughness and determination, if I had the resources that the other schools we competed against had, we would have been hard to beat for decades” – Coach Cleveland Leigh Abbott

Today in our History – December 9, 1892 – Cleveland Leigh Abbott was born in Yankton, South Dakota. He is most remembered for his coaching career at Tuskegee Institute (now University) in Alabama.

Abbott was the son of Elbert and Mollie Brown Abbott who moved to South Dakota from Alabama in 1890. He graduated from Watertown High School, Watertown, South Dakota, in 1912 and then from the South Dakota State University at Brookings in 1916. Abbott earned 16 varsity athletic awards during his collegiate career.

Students residing in Abbott Hall, one of the new residential halls dotting the SDSU campus, should be schooled on the significance of the building’s namesake.

The class of 1916 featured Cleveland Leigh Abbott. Better known as “Cleve,” his impact at South Dakota State was felt long after he left the College on the Hill.

He was a four-sport star, lettering in track, football, basketball, and baseball. He went on to become a legendary coach and was inducted to several halls of fame, including SDSU. However, his most notable achievement was his advancement of women’s sports, particularly African-Americans.

Abbott’s destiny was put in motion a few months later when SDSU President Ellwood Perisho attended a meeting in New York City on the advancement of African-Americans. After the conference, he met Tuskegee Institute President Booker T. Washington on the train.

Washington informed Perisho that he wanted to start a sports program if he was to hold the interest of young folks attending Tuskegee and attract greater numbers to the school.

When quizzed if he had any young men who might qualify as a sports director, Perisho told him about Abbott, but cautioned that he was only a freshman. Washington replied that if Abbott worked and studied hard, he could come to Tuskegee as its sports director when he graduated from SDSU.

When Perisho returned to Brookings, he contacted Abbott about Washington’s proposal, and in response, “Cleve” committed himself to excellence on the field and in the classroom.

The 172-pound Abbott earned all-state football honors four straight years, including one year being named all-northwestern center. He was the starting center on the basketball team and was team captain as a senior. In track, he ran the anchor leg on the relay team.

Abbott’s future was in doubt as a junior when he learned that Washington had died. However, during his senior year, Washington’s secretary discovered a memo of agreement for Abbott’s employment and enclosed a contract for him to come to Tuskegee.
In 1916 Cleveland Abbott married Jessie Harriet Scott (1897–1982). They had one daughter, Jessie Ellen, who in 1943 became the first coach of the women’s track team at Tennessee State University in Nashville.
Arriving at the famous Alabama school, Abbott was assigned to teach various phases of the dairy business to agricultural students and serve as an assistant coach.

His college duties were postponed, though, when the United States entered World War I. As a lieutenant, he was the regimental intelligence officer attached to the 336th Infantry Company of the 92nd Division. He saw action at the Meuse-Argonne Offensive in 1918. When the armistice was declared, it was Abbott who carried the message of cease-fire from his colonel to the troops. Abbott was later a commissioned officer in the Army Reserve. (The US Army Reserve Center at Tuskegee is now named the Cleveland Leigh Abbott Center.)
After the war, Abbott joined the faculty of Kansas Vocational School in Topeka, where he coached and was commandant of cadets.

In 1923 Cleveland Abbott was hired as an agricultural chemist and athletic director at Tuskegee Institute, a job that had been personally offered to him by Booker T. Washington in 1913 on the condition that he successfully earn his B.A. degree. As athletic director Abbott was expected to coach the Institute’s football team. During Abbott’s 32-year career, the Tuskegee team had a 202–95–27 record including six undefeated seasons; positions he held until his death in 1955.
In 32 seasons, Abbott’s gridiron record was 203-95-15. His teams claimed 12 conference titles and six mythical National Black College championships. In 1954, he was the first African-American college football coach to rack up 200 victories.

Abbott also started the women’s track and field program at Tuskegee in 1937. The team was undefeated from 1937 to 1942. Six of his athletes competed on U.S. Olympic track teams, among the notable female athletes he coached were Alice Coachman, Mildred McDaniel, and Nell Jackson. Coachman was the first African-American woman to win a gold medal, taking the high jump title at the 1948 Olympic Games in London. McDaniel repeated the feat in 1956 with a world-record jump of five feet, nine inches at the Helsinki Olympics.

Abbott served on the women’s committee of the old National AAU (USA Track and Field predecessor) and twice was on the U.S. Olympic Track and Field Committee. He is also a member of the Alabama Sports Hall of Fame, and is one of the founders of the Southern Intercollegiate Athletic Conference Basketball Tournament.

Abbott is credited with being one of the pioneer coaches of women’s track and field for more than four decades. He is said to have developed the program that opened track and field to women in the United States.

Another female track and field standout was Evelyn Lawler Lewis, mother of Olympic track great Carl Lewis. A 1949 Tuskegee graduate, Lewis named her second son, Cleveland Abbott, after him. After college, she went on to compete in the 1951 Pan American Games in Argentina, and like “Cleve,” she also turned to coaching.

Lewis says Abbott was well ahead of his time, from coaching to teaching and training techniques. What’s more, she says, Abbott inspired his athletes.

“He made us believe we could be something,” she explains. “His main theme—what he always talked about—was ‘you can do it.’ You can do what you want. You can be as good as you want. He wasn’t a driving-type of coach—he was a motivator.”
Cleveland Leigh Abbott died at the Veterans Hospital in Tuskegee on April 14, 1955 and was buried in the Tuskegee University Campus Cemetery at Tuskegee, Alabama. Research more about this great American and share with your babies. Make it a champion day!