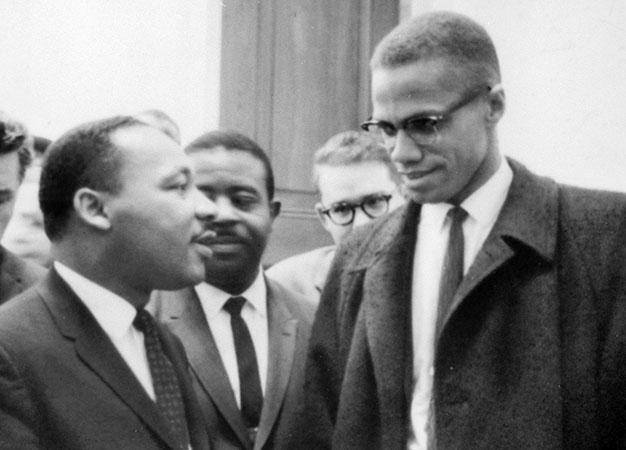 GM – FBF – “It’s time now for you and me to become more politically mature and realize what the ballot is for; what we’re supposed to get when we cast a ballot; and that if we don’t cast a ballot, it’s going to end up in a situation where we’re going to have to cast a bullet. It’s either a ballot or a bullet.” – El-Hajj Malik El-Shabazz (Malcolm X)

Remember – “Well, I don’t know what will happen now. We’ve got some difficult days ahead. But it really doesn’t matter with me now, because I’ve been to the mountaintop. And I don’t mind. Like anybody, I would like to live – a long life; longevity has its place. But I’m not concerned about that now. I just want to do God’s will. And He’s allowed me to go up to the mountain. And I’ve looked over. And I’ve seen the Promised Land. I may not get there with you. But I want you to know tonight, that we, as a people, will get to the Promised Land. So I’m happy, tonight. I’m not worried about anything. I’m not fearing any man. Mine eyes have seen the glory of the coming of the Lord.” – Dr. Martin Luther King Jr.

Today in our History – April 3,1964 / April 3, 1968 – “The Ballot or the Bullet” is the title of a public speech by human rights activist Malcolm X. In the speech, which was delivered on April 3, 1964, at Cory Methodist Church in Cleveland, Ohio, Malcolm X advised African Americans to judiciously exercise their right to vote, but he cautioned that if the government continued to prevent African Americans from attaining full equality, it might be necessary for them to take up arms. El-Hajj Malik El-Shabazz (Malcolm X) was assassinated on February 21, 1965 while speaking at his Organization of (Afro-American Unity) at the Audubon Ballroom in Washington Heights. (NYC) His speach was ranked 7th in the top 100 American speeches of the 20th century by 137 leading scholars of American public address.

The 6th ranked American top 100 speeches of the 20th Century is Martin Luther King Jr’s – “I’ve Been to the Mountaintop”.

King spoke on April 3, 1968, at the Mason Temple (Church of God in Christ Headquarters) in Memphis, Tennessee. On the following day, King was assassinated.

Please take the time to read the transcripts of both speeches or view the speeches on video. It is uncanny that both speeches were delivered on the same day 4 years apart from each other and both leaders spoke of not fearing death. Please share with our babies about these great American Icons. Make it a champion day!