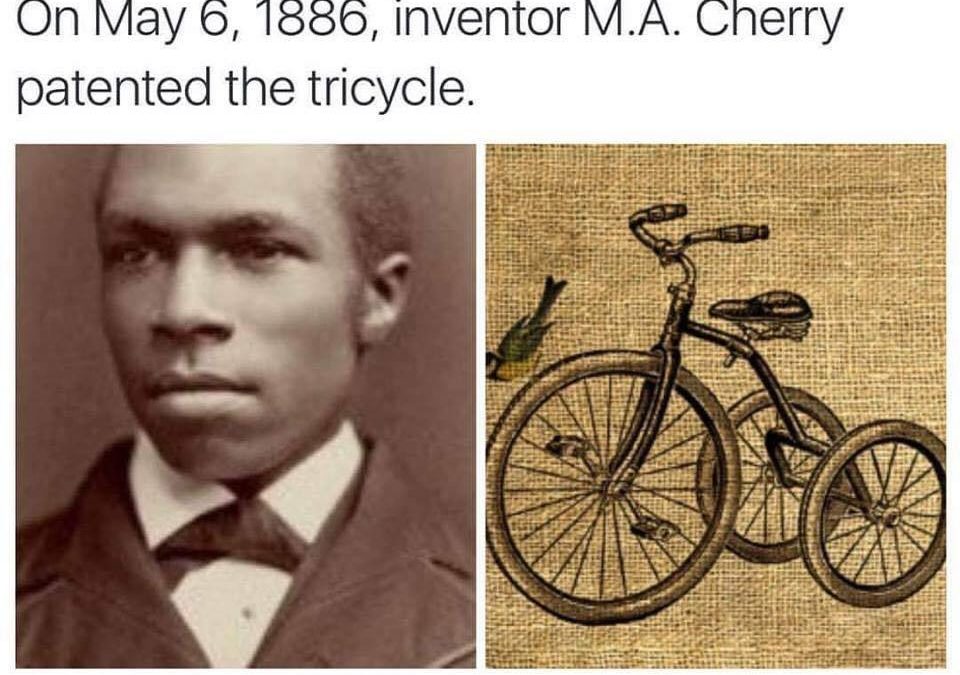 GM – FBF – Who in our time have not seen, sat in or rode a tricycle, protection for the front of a street car is the forrunner to an automobile fender. Give thanks to Mr. Matthew A. Cherry. Enjoy!

Matthew A. Cherry was a African American Inventor who created several devices for the transportation industry, including the velocipede, the tricycle and the street car fender.

The velocipede consisted of a metal seat frame upon which were attached two or three wheels which allowed someone sitting on the seat to propel themselves forward at considerable speeds by moving their feet along the ground in a fast walking or running motion. Cherry’s model of the velocipede greatly improved upon other similar devices, and over time evolved into the tricycle and the bicycle.

In May 1888 Cherry received a patent for creating the tricycle, a three wheeled vehicle that is used today mostly by pre-schoolers although it is used for many other purposes in different countries. In Asia and Africa tricycles are used for commercial transportation and deliveries, while in the USA and Canada they are also used extensively for shopping and exercise.

After receiving the patent for the tricycle, Cherry set out to solve a problem with streetcars.

At the time, whenever the front of a streetcar accidentally collided with another object, the streetcar was severely damaged, often having to be totally replaced, so he invented the street car fender – a piece of metal that was attached to the front of the street car and acted as a shock absorber which diminished the impact of an accident and added safety for passengers and employees.

Cherry received a patent for the street car fender on January 1, 1895 and the device has been modified through the years and is now used on almost every transportation device. Research more about African American Inventors and share with your babies. Make it a champion day!