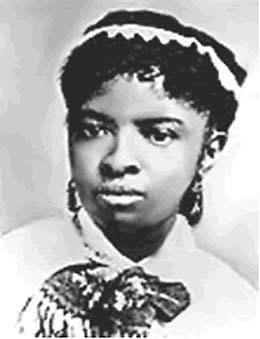 GM – FBF – Yesterday, someone stole my Information on FB. If you receive a request for an Invite or messanger wants you to do something please don’t do it. Today we honor the first black nurse to practice in America. Enjoy!

Remember – “When you’re a nurse you know that every day you will touch a life or a life will touch yours.” – Mary Eliza Mahoney

Mary Eliza Mahoney was the first African American nurse to study and work professionally in the United States. She was also a co-founder of the National Association of Colored Graduate Nurses (NACGN) with Adah B. Thoms.

Mahoney was born in Dorchester, Massachusetts, May 7,1845 to Charles and Mary Jane Sterwart Mahoney. She grew up with her parents, a sister and one brother in Boston, Massachusetts where her interest in nursing began as a teenager.

When Mahoney began working at the New England Hospital for Women and Children, she initially did not work as a nurse. Instead, she held positions that included cook, janitor, washerwoman and an unofficial nurse’s aide – all over a 15-year period.

At age 33 Mahoney entered the 16-month nursing program at the New England Hospital for Women and Children. Coursework included many hours of lectures and hands-on patient care. The rigorous workload proved too tough for all but four of the 42 students – Mahoney being one of them who successfully made it through the program. She received her nursing certification in 1879, making her the first African American in history to earn a professional nursing license.

Mahoney spent the good part of the next 30 years working as a private care nurse. Her reputation was impeccable as she worked all across the U.S. Eastern Seaboard. In addition, Mahoney served as director of the Howard Orphan Asylum for black children in Long Island, New York.

Mahoney was an original member of the predominately white Nurses Associated Alumnae of the United States and Canada – known later as the American Nurses Association (ANA). She later co-founded the National Association of Colored Graduate Nurses (NACGN), in 1908. Serving as the NACGN’s national chaplain, Mahoney gave the welcoming address at the first convention of the NACGN. In 1951, the NACGN would merge with the ANA.

After over 40 years of nursing service, Mahoney retired and turned her focus to women’s equality. The progression was natural given her fight for minority rights during her professional career. In 1920, she was among the first women to register to vote in Boston, Massachusetts.

Mary Mahoney died on January 4, 1926 at the age of 80, after a three-year battle with breast cancer. She was laid to rest at Woodlawn Cemetery in Everett, Massachusetts.

Ten years after her death, the NACGN established the Mary Mahoney award, which is given to women who contributed to racial integration in nursing. After the NACGN was dissolved in 1951, the ANA continued presenting the award. In recognition of significant contributions in advancing equal opportunities in nursing for members of minority groups, the award is still given out today.

Mary Mahoney was not just an inspiration to African American women, but to the entire nursing profession. Her drive and passion for nursing helped shape the standards at which the profession has come to expect and continues to develop. Research more about blacks in the health profession and share with your babies. Make it a champion day!