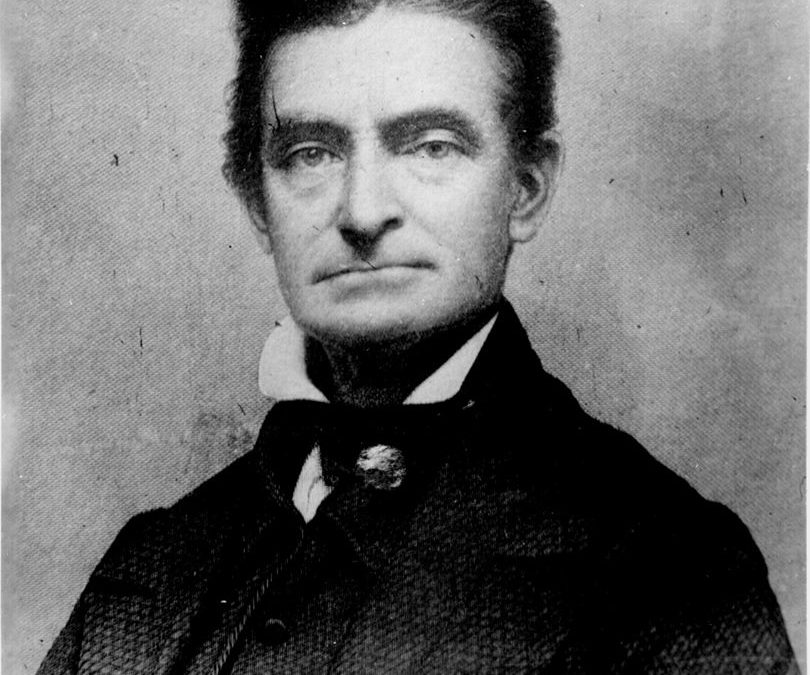 GM – FBF – Today we Introduce a man who gave his life for the freedom of Blacks and his last words before he was hung is below. For in less than two (2) years the Civil War will begin. Enjoy!

Remember – “I, John Brown, am now quite certain that the crimes of this guilty land will never be purged away but with Blood.” ―John Brown

Today in our History – May 8, 1858 – John Brown holds antislavery convention in Canada.

As the October elections saw a free-state victory, Kansas was quiet. Brown made his men return to Iowa, where he fed them tidbits of his Virginia scheme. In January 1858, Brown left his men in Springdale, Iowa, and set off to visit Frederick Douglass in Rochester, New York. There he discussed his plans with Douglass, and reconsidered Forbes’ criticisms. Brown wrote a Provisional Constitution that would create a government for a new state in the region of his invasion. Brown then traveled to Peterboro, New York, and Boston to discuss matters with the Secret Six. In letters to them, he indicated that, along with recruits, he would go into the South equipped with weapons to do “Kansas work”.

Brown and twelve of his followers, including his son Owen, traveled to Chatham, Ontario, where he convened on May 8th – 10th a Constitutional Convention. The convention, with several dozen delegates including his friend James Madison Bell, was put together with the help of Dr. Martin Delany. One-third of Chatham’s 6,000 residents were fugitive slaves, and it was here that Brown was introduced to Harriet Tubman. The convention assembled 34 blacks and 12 whites to adopt Brown’s Provisional Constitution. According to Delany, during the convention, Brown illuminated his plans to make Kansas rather than Canada the end of the Underground Railroad. This would be the Subterranean Pass Way.[citation needed] Delany’s reflections are not entirely trustworthy. Brown was no longer looking toward Kansas and was entirely focused on Virginia. Other testimony from the Chatham meeting suggests Brown did speak of going South. Brown had long used the terminology of the Subterranean Pass Way from the late 1840s, so it is possible that Delany conflated Brown’s statements over the years. Regardless, Brown was elected commander-in-chief and he named John Henrie Kagi as his “Secretary of War”. Richard Realf was named “Secretary of State”. Elder Monroe, a black minister, was to act as president until another was chosen. A.M. Chapman was the acting vice president; Delany, the corresponding secretary. In 1859, “A Declaration of Liberty by the Representatives of the Slave Population of the United States of America” was written.

Although nearly all of the delegates signed the constitution, very few delegates volunteered to join Brown’s forces, although it will never be clear how many Canadian expatriates actually intended to join Brown because of a subsequent “security leak” that threw off plans for the raid, creating a hiatus in which Brown lost contact with many of the Canadian leaders. This crisis occurred when Hugh Forbes, Brown’s mercenary, tried to expose the plans to Massachusetts Senator Henry Wilson and others. The Secret Six feared their names would be made public. Howe and Higginson wanted no delays in Brown’s progress, while Parker, Stearns, Smith and Sanborn insisted on postponement. Stearns and Smith were the major sources of funds, and their words carried more weight. To throw Forbes off the trail and to invalidate his assertions, Brown returned to Kansas in June, and he remained in that vicinity for six months. There he joined forces with James Montgomery, who was leading raids into Missouri. He will lead a raid on Harpers Ferry Armory,VA. in October 1859 and was captured with others and hung. Research more about John Brown and share with your babies. Make it a champion day!