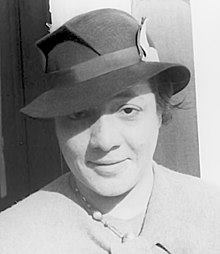 GM – FBF – Today, I have a story that I know you have not heard of. This lady was a diva long before any woman singer/dancer or artist that you can think of. She was strong willed and lived a long life. Enjoy the story of “Bricktop”!

Remember – ” As I get older in life, I hear talk about this new great female singer or artist and I love them and the work that they do but for some reason America has forgotten about me. – Ada ” Bricktop” Smith

Ada Beatrice Queen Victoria Louise Virginia Smith, better known as Bricktop, (August 14, 1894 – February 1, 1984) was an American dancer, jazz singer, vaudevillian, and self-described saloon-keeper who owned the nightclub Chez Bricktop in Paris from 1924 to 1961, as well as clubs in Mexico City and Rome. She has been called “…one of the most legendary and enduring figures of twentieth-century American cultural history.”

Smith was born in Alderson, West Virginia, the youngest of four children by an Irish father and a black mother. When her father died, her family relocated to Chicago. It was there that saloon life caught her fancy, and where she acquired her nickname, “Bricktop,” for the flaming red hair and freckles inherited from her father. She began performing when she was very young, and by 16, she was touring with TOBA (Theatre Owners’ Booking Association) and on the Pantagesvaudeville circuit. Aged 20, her performance tours brought her to New York City. While at Barron’s Exclusive Club, a nightspot in Harlem, she put in a good word for a band called Elmer Snowden’s Washingtonians, and the club booked them. One of its members was Duke Ellington.

Her first meeting with Cole Porter is related in her obituary in the Huntington (West Virginia) Herald-Dispatch:
Porter once walked into the cabaret and ordered a bottle of wine. “Little girl, can you do the Charleston?” he asked. Yes, she said. And when she demonstrated the new dance, he exclaimed, “What legs! What legs!”

John Steinbeck was once thrown out of her club for “ungentlemanly behavior.” He regained her affection by sending a taxi full of roses.

By 1924, she was in Paris. Cole Porter hosted many parties, “lovely parties” as Bricktop called them, where he hired her as an entertainer, often to teach his guests the latest dance craze such as the Charleston and the Black Bottom. In Paris, Bricktop began operating the clubs where she performed, including The Music Box and Le Grand Duc. She called her next club “Chez Bricktop,” and in 1929 she relocated it to 66 rue Pigalle. Her headliner was a young Mabel Mercer, who was to become a legend in cabaret.

Known for her signature cigars, the “doyenne of cafe society” drew many celebrated figures to her club, including Cole Porter, the Duke and Duchess of Windsor, and F. Scott Fitzgerald. Fitzgerald mentions the club in his 1931 short story Babylon Revisited. Her protégés included Duke Ellington, Mabel Mercer and Josephine Baker. She worked with Langston Hughes when he was still a busboy. The Cole Porter song “Miss Otis Regrets” was written especially for her to perform.[citation needed] Django Reinhardt and Stephane Grappelli wrote a song called “Brick Top,” which they recorded in Paris in 1937 and in Rome in 1949.
She married saxophonist Peter DuConge in 1929.

Though they separated after a few years, they never divorced, Bricktop later saying that “as a Catholic I do not recognize divorce”. According to Jean-Claude Baker, one of Josephine Baker’s children, as recorded in his book about his mother’s life, titled Josephine: The Hungry Heart, Baker and Bricktop were involved in a lesbian affair for a time, early in their careers.

Bricktop broadcast a radio program in Paris from 1938 to 1939, for the French government. During WWII, she closed “Chez Bricktop” and moved to Mexico City where she opened a new nightclub in 1944. In 1949, she returned to Europe and started a club in Rome. Bricktop closed her club and retired in 1961 at the age of 67, saying: “I’m tired, honey. Tired of staying up all night.” Afterwards, she moved back to the United States.

Bricktop continued to perform as a cabaret entertainer well into her eighties, including some engagements at the age of 84 in London, where she proved herself to be as professional and feisty as she had ever been and included Cole Porter’s “Love for Sale” in her repertoire.

Bricktop made a brief cameo appearance, as herself, in Woody Allen’s 1983 mockumentary film Zelig, in which she “reminisced” about a visit by Leonard Zelig to her club, and an unsuccessful attempt by Cole Porter to find a rhyme for “You’re the tops, you’re Leonard Zelig.” She appeared in the 1974 Jack Jordan’s film Honeybaby, Honeybaby, in which she played herself, operating a “Bricktop’s” in Beirut, Lebanon.

In 1972, Bricktop made her only recording, “So Long Baby,” with Cy Coleman. Nevertheless, she also recorded a few Cole Porter songs in New-York City at the end of the seventies with pianist Dorothy Donegan. The session was directed by Otis Blackwell, produced by Jack Jordan on behalf of the Sweet Box Company. The songs recorded are: “Love For Sale”, “Miss Otis Regrets”, “Happiness Is a Thing Called Joe”, “A Good Man Is Hard To Find”, “Am I Blue?” and “He’s Funny That Way”. This recording was never released as of today. She preferred not to be called a singer or dancer, but rather a performer.

She wrote her autobiography, Bricktop by Bricktop, with the help of James Haskins, the prolific author who wrote biographies of Thurgood Marshall and Rosa Parks. It was published in 1983 by Welcome Rain Publishers (ISBN 0-689-11349-8). Bricktop died in her sleep in her apartment in Manhattan in 1984, aged 89. She remained active into her old age and according to James Haskins, had talked to friends on the phone hours before her death. She is interred in the Zinnia Plot (Range 32, Grave 74) at Woodlawn Cemetery. Reed more about this great American and share with your babies. Make it a champion day!